What's at stake on Cyber Monday: $7.8 billion in sales expected 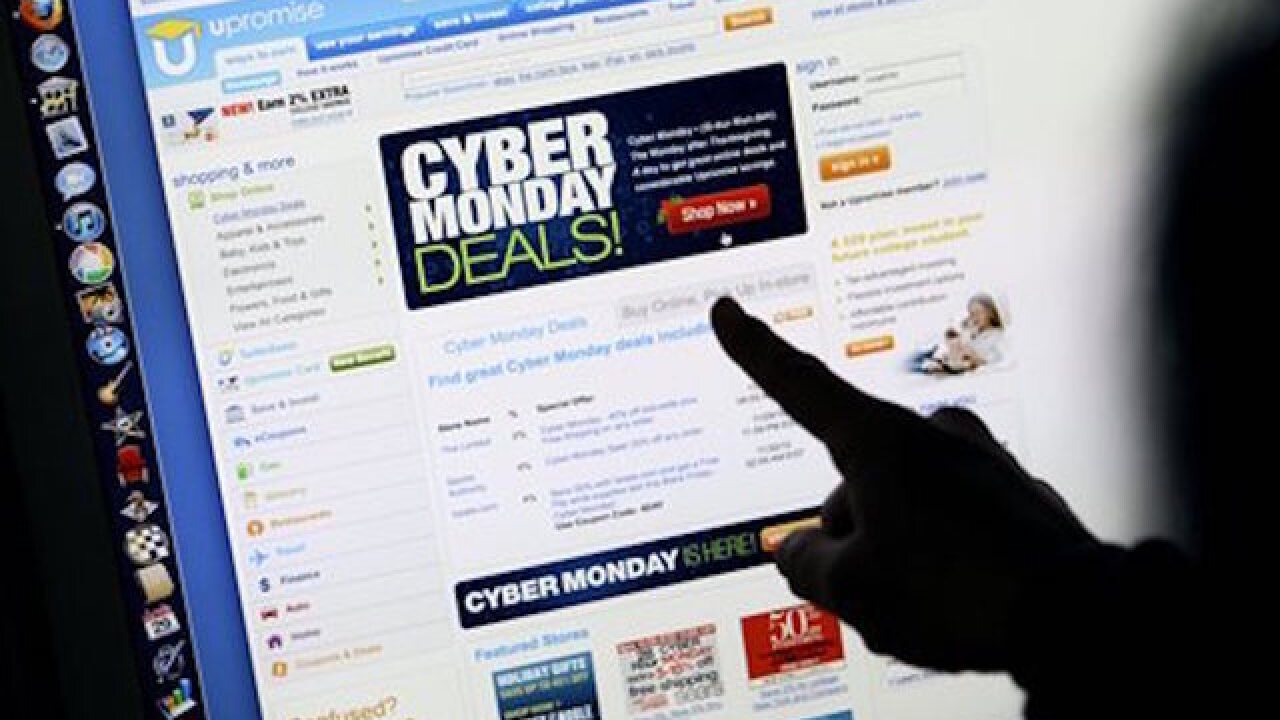 Paul Sakuma
<p>FILE - In this Monday, Nov. 29, 2010, file photo, a consumer looks at Cyber Monday sales on her computer at her home in Palo Alto, Calif. Retailers are rolling out online deals on so-called "Cyber Monday." But now that shoppers are online all the time anyway, the 10-year-old shopping holiday is losing some of its luster. (AP Photo/Paul Sakuma, File)</p>

It sounds outdated, but Cyber Monday is still a thing.

The day of online sales was invented by retailers in the early days of the internet.

It made sense because people had poky dial-up connections at home and faster ones at work. Plus everyone's feet were tired from all that schlepping through the mall all weekend.

Now of course we all shop a lot online and on apps, whenever we want. And there's not really a difference between online stores and physical ones. Even Amazon, which effectively invented online shopping, has storefronts.

But that doesn't stop companies from doubling down on sales on Monday.

Cyber Monday 2018 is expected to be the largest online shopping day in history, generating a whopping $7.8 billion in sales, a more than 17% increase from the previous year, according to Adobe Analytics, which tracks online sales.

The Gap, which is struggling, is offering 50% off every item, plus an additional 10% on online specials and free shipping. Kohl's (KSS) is offering 20% off of all items between Saturday November 24 and Wednesday November 28, in what it's billed as Cyber Week. Shoppers there can also get $15 Kohl's cash for every $50 spent.

On top of doorbuster deals, Target is offering an additional 15% off all orders made on Monday.

Walmart is expected to discount a selection of electronics like phones, laptops and gaming systems. Amazon is offering a series of deals on a range of items. Amazon's discounts will last until December 1.

A strong US economy, healthy consumer spending and low gas prices could give retailers a lift this holiday stretch. Sales during the holidays will be up between 4.3% and 4.8% compared to 2017, the National Retail Federation predicts.

Nearly every retailer taking part is offering free shipping, which can cost a bundle.

The problem is that discounting is killing the bottom line at many stores.

Target's (TGT) stock price plunged last week when it said that costs were rising, in part from fulfilling online orders.

Every retailer wants to win on Cyber Monday.

Struggling companies like JCPenney and Victoria's Secret have to prove that they can still compete in a promotion-heavy environment.

Kohl's, Macy's, TJMaxx, and Best Buy have all had stellar 2018 campaigns, and they don't want a letdown on Cyber Monday.

Walmart and Target are attempting to show investors that they are serious online players, capable of going up against Amazon on the busiest day of the year.

There's even pressure on Amazon this Cyber Monday.