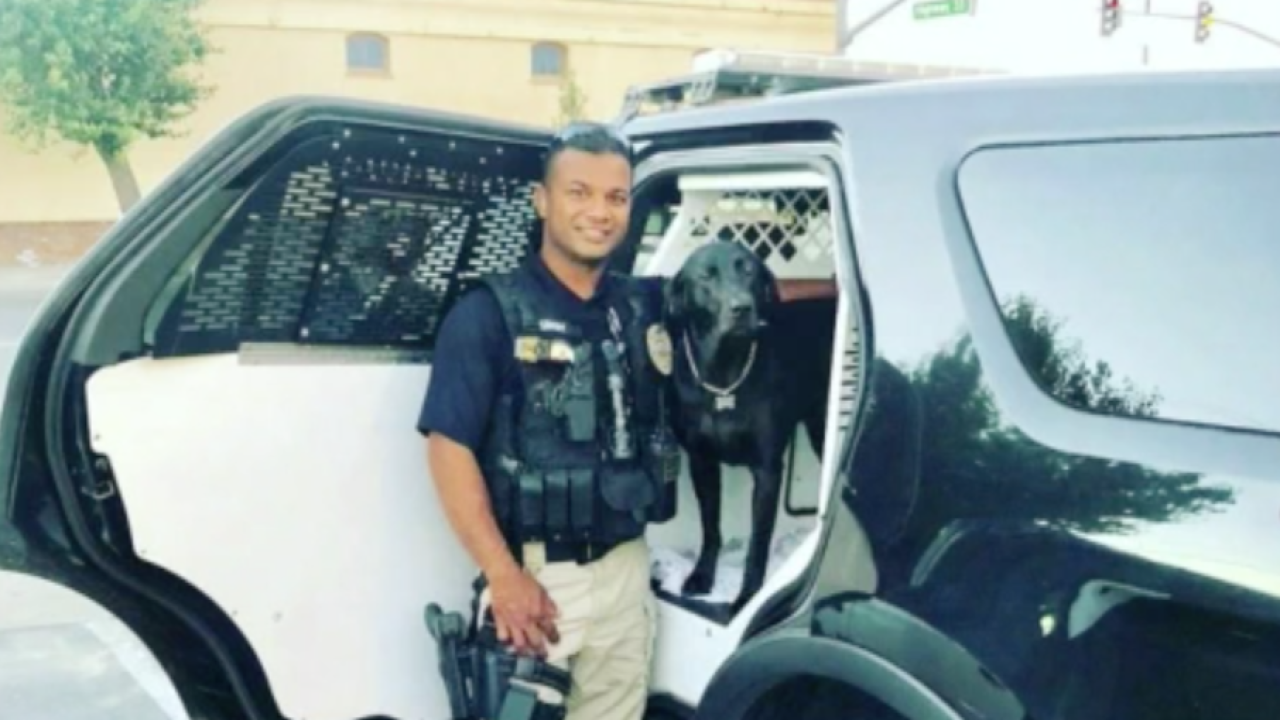 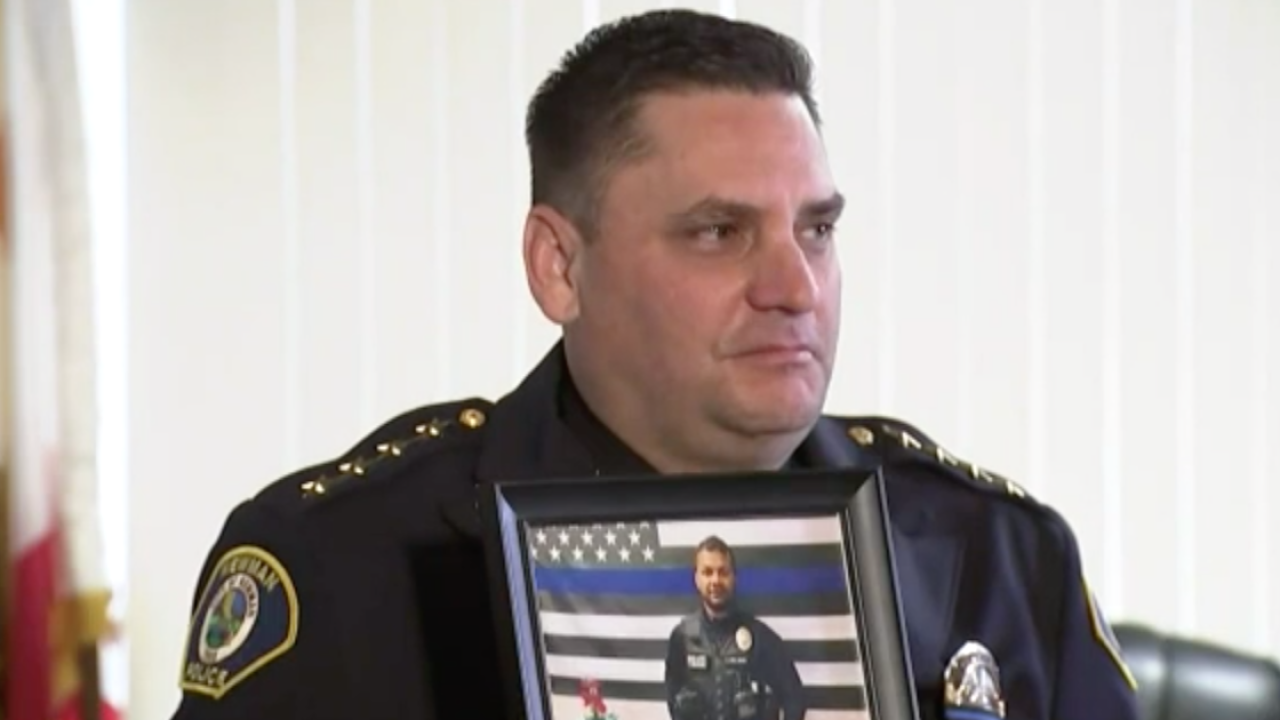 NEWMAN, Calif. (KGTV and AP) - Newman Police Chief Randy Richardson had tears in his eyes Thursday as he talked about the grief in his department over the loss of Corporal Ronil Singh.

Singh, 33, was shot early Wednesday morning, a few minutes after radioing that he was pulling over a gray pickup truck that had no license plate in Newman, a town of about 10,000 people some 100 miles southeast of San Francisco. He died at a hospital.

Singh was one of 12 Newman Police officers.

“My department is hurting,” said Richardson at a morning news conference. “We’re not an agency; we’re a family.”

The Stanislaus County Sheriff’s Department took over the investigation from Newman Police, releasing surveillance photos of a man seen at a convenience store just before Singh’s murder.

Officials pleaded for information about the attacker's identity from the public, and the California Highway Patrol sent an alert to smartphones Wednesday asking drivers to keep an eye out for the pickup truck.

A truck believed to have been the one stopped by Singh was later found in a garage in a mobile home park about 4 miles from the shooting, where law enforcement officers were serving a search warrant, The Modesto Bee reported. Investigators were examining the vehicle, police said.

Singh was a native of Fiji and father of a 5-month-old son. He joined the Newman police force in 2011. Earlier in his career, Ronil Singh worked as a deputy with the Merced County Sheriff's Department.

"He was living the American dream," said Stanislaus County sheriff's Deputy Royjinder Singh, who is not related to the slain officer but knew him. "He loved camping, loved hunting, loved fishing, loved his family."

On his Facebook page, Ronil Singh posted pictures on Christmas Eve from a deep-sea fishing trip that produced a big haul of crabs and fish. His profile picture shows him smiling as he stands at a patrol car with his K9 partner, Sam — the same photograph of the officer released by the Sheriff's Department.

“He will never see his son walk,” Chief Richardson said.

Outgoing California Gov. Jerry Brown offered condolences to Singh's family and said flags at the Capitol would fly at half-staff in his honor.

"Our hearts are with the entire community of Newman and law enforcement officers across the state who risk their lives every day to protect and serve the people of California," Brown said.

Singh's canine partner will retire from the department and stay with Singh's family.