Vote for your favorite "fat bear"

Fat Bear Week is back, and voting is now open. The event is hosted by Katmai National Park and features a dozen brown bears preparing for hibernation.

It’s an annual tournament comparing chubby bears and it’s getting renewed attention in 2020 as pandemic-weary Americans search for reasons to smile and look at adorable wildlife.

Katmai National Park selects 12 bears preparing for the winter, some have names like “Holly,” who was 2019’s winner, “Grazer,” “Chunk,” “Otis,” and “Walker,” while others are identified by number. They then offer images of the bears from early this summer to images taken in the last few weeks to show how the animals are growing. 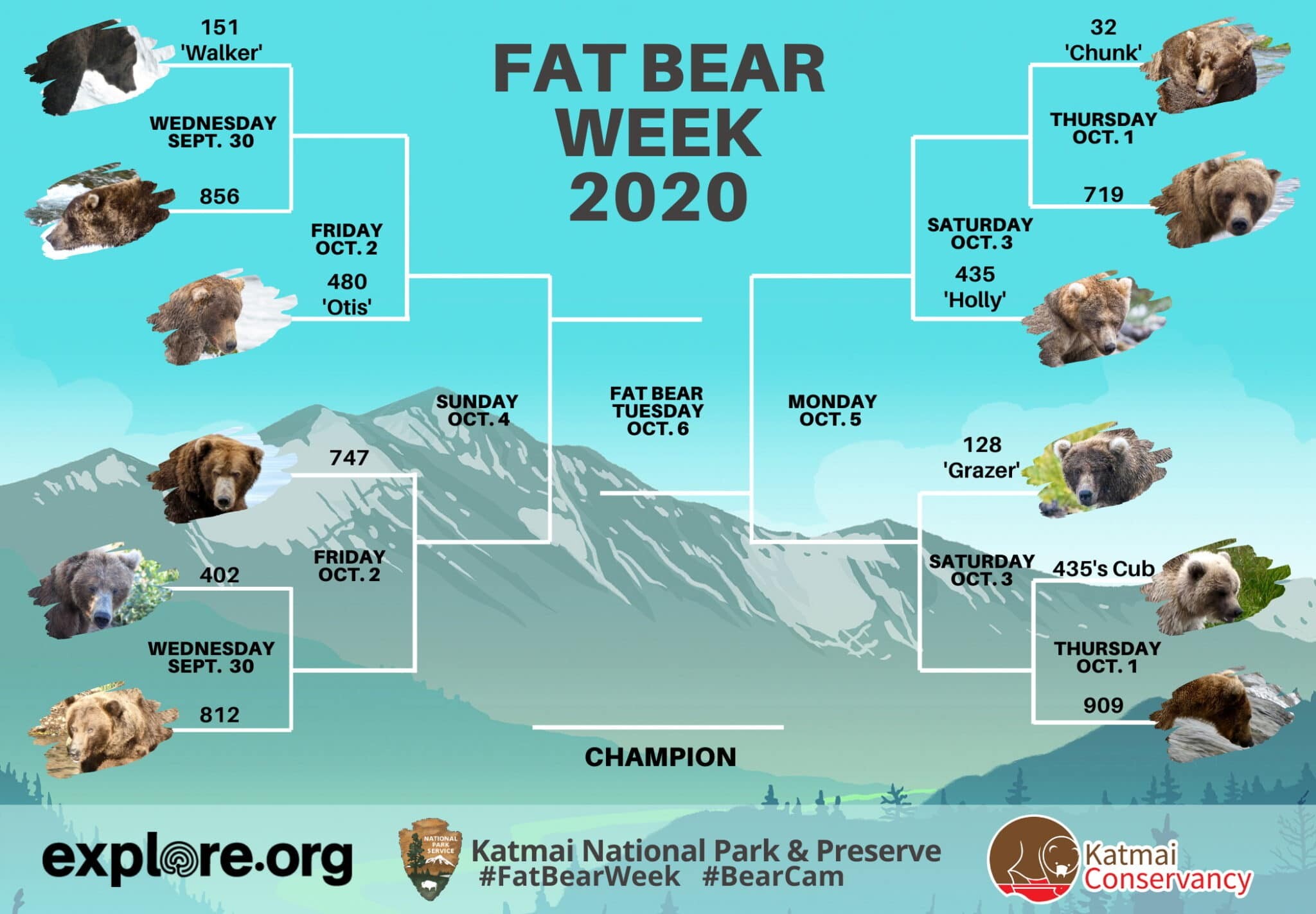 Voting starts Wednesday and the head-to-head match-ups continue through October 6. Watch the animals on Katmai’s BearCam and vote daily on who is getting to be the fattest.

A brown bear eats a year’s worth of food in just six months to help them survive through the winter, when they slow down and hibernate in their dens.

The tournament is a way to celebrate the success of healthy bears doing what bears do.