Visits with Santa Claus and his helpers are going virtual this year.mp4 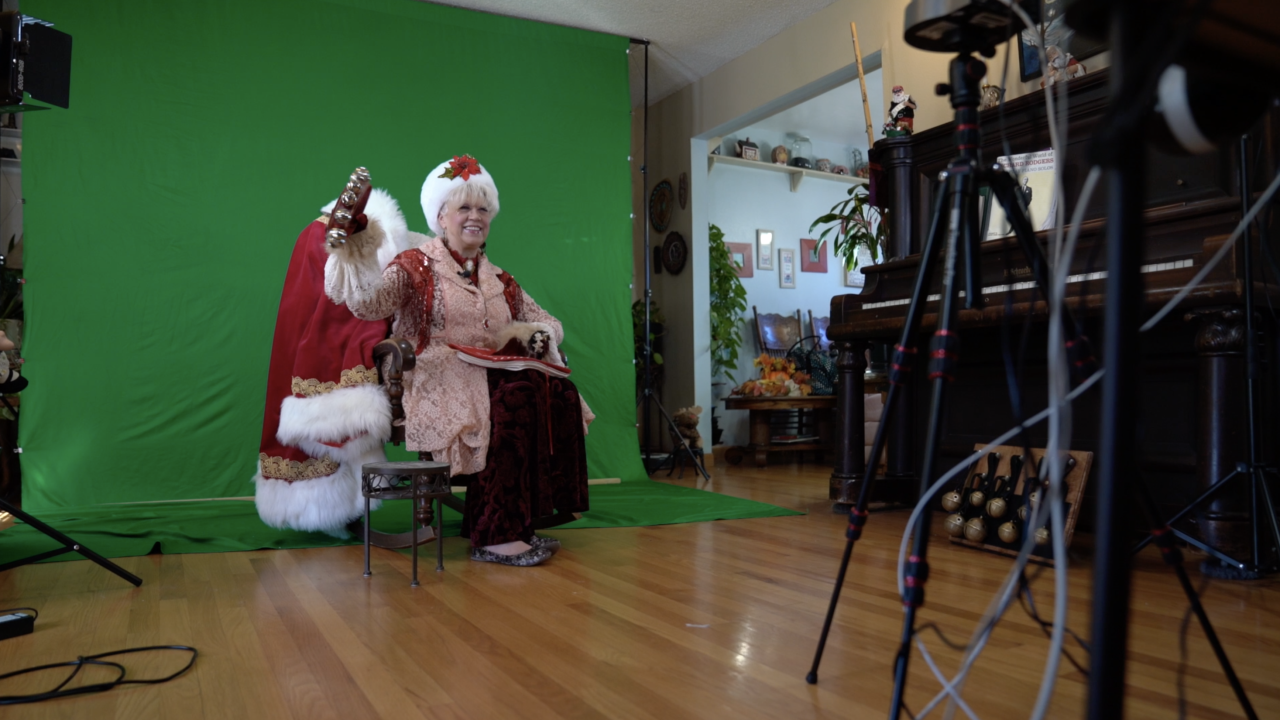 Everyone has a childhood memory of visiting Santa Claus and reading off their wishlist of toys they hope to find under the tree come Christmas morning.

“There's nothing better than leaning down and getting that hug from the 5-year-old that comes running, so we’re gonna miss that,” Santa KJ Braithwaite said.

Holiday cheer may look a little different this year. Santa’s helpers are going virtual in order to protect kids and Santa Claus. Due to COVID-19 and social distancing guidelines, home visits, hugs, and photos on Santa’s lap might be nonexistent.

Santa KJ and his wife Carol Sherman already had COVID-19 once.

Which begs the question: how will Santa spread holiday cheer from a distance? It will take a little more lights, camera, and action.

That’s where Susen Mesco, founder of the Professional Santa Claus School, comes in. Along with a long list of helpers, over 100 of them, she’s been putting together a project to keep the holiday cheer alive this winter.

“We’ve been filming and working on it since mid-April,” Mesco said. “We’ve put a lot into this.”

Mesco has been training Santa Claus and his team since the 1980s. She was recently inducted into the International Santa Claus Hall of Fame. But this was something new.

“We’ve really poured our hearts into this, and we’re so proud of what we’ve come up with,” she said.

Mesco isn’t letting the Grinch steal Christmas this year, so they're working around the clock to build a website filled with hours of videos and family fun.

“The trend in the industry has gone to the virtual side," she said.

But the cost of Christmas cheer wasn’t free for Mesco.

“We realized it was going to be enormously expensive to put together something of the magnitude of what we wanted to give the children, a four-layered program,” she said. “So, I did mortgage my house, and I do believe in the people I'm working with, and I really believe in this product.”

“My day usually begins around 6 a.m. and ends around 4 a.m. We are doing editing and polishing and the final touches,” she said.

It's all set to launch at the beginning of November.

“Santa is safe and he's been in quarantine at the North Pole, so the children can be absolutely sure that on Christmas Eve if they are in bed sleeping, that Santa will come to their house,” Mesco said.