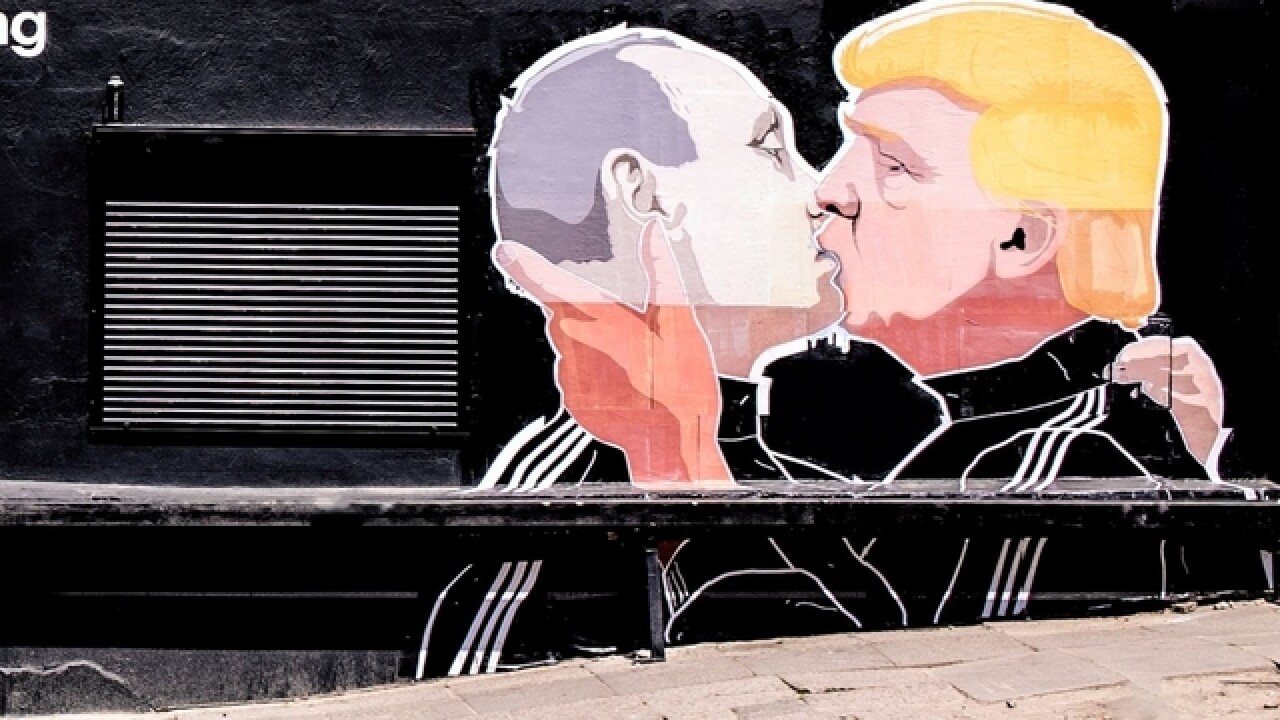 "They both have huge egos, and it’s amusing to see they are getting along well.”
Those are words from a Lithuanian restaurant owner, whose establishment is going viral thanks to a mural, according to Time.
A 6-foot image painted outside Keule Ruke — or Smoking Pig — eatery in the capital city of Vilnius, depicts Republican presidential candidate Donald Trump and Russian President Vladimir Putin locking lips.

In Slavic countries, men kissing on the lips is considered a common greeting, USA Today notes.
“We see many similarities between these two ‘heroes’ (Putin and Trump). They both have huge egos, and it’s amusing to see they are getting along well,” the restaurant’s co-owner, Dominykas ?e?kauskas was quoted as saying by Agence France-Presse. “It seems we have a new Cold War, and America may have a president who seeks friendship with Russia.”
The image follows a comment by Trump that he would “get along fine” with Putin, who he has exchanged compliments with throughout the duration of his campaign.
Either way, the mural appears to be a nod to a famous image of two Communist leader – a 1979 image which depicts Soviet leader Leonid Brezhnev and East Germany's Erich Hoenecker in the same pose.
Scripps Only Content 2016