Venice under water, 9 people dead after extreme weather in Italy 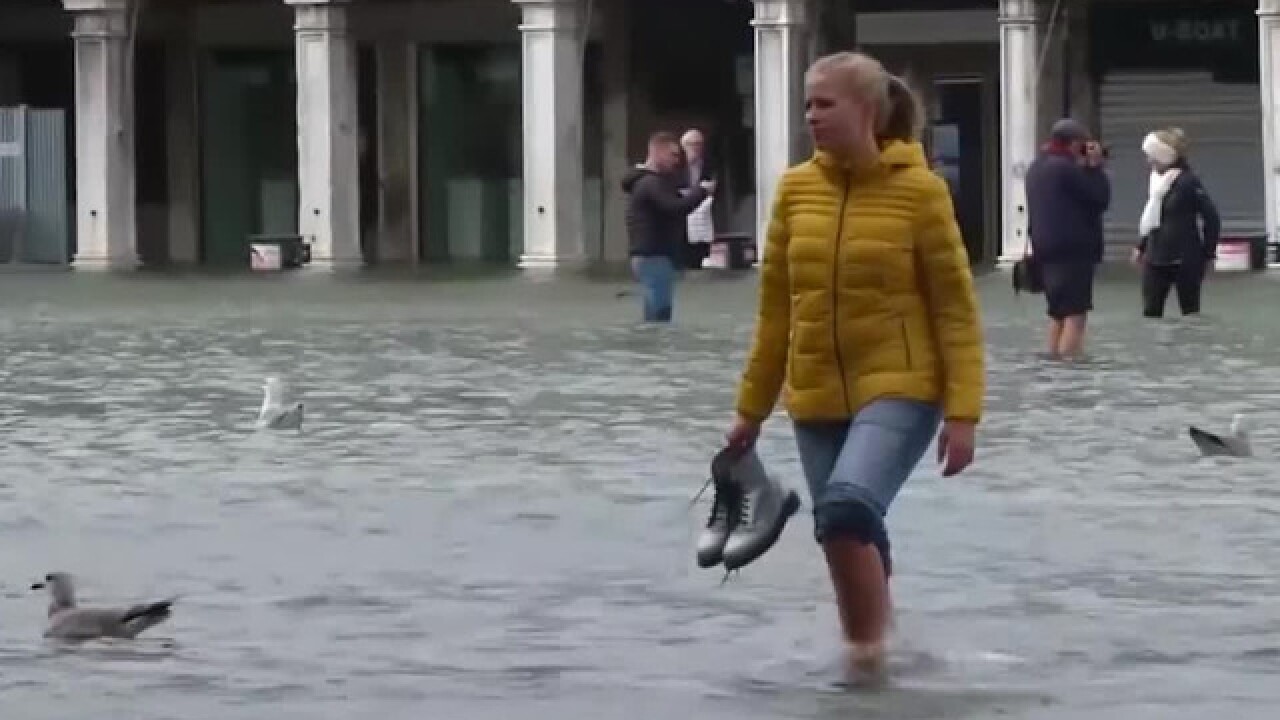 Strong winds and heavy rain have battered parts of Italy, causing nine deaths and the worst flooding seen in Venice for at least a decade.

Schools have been closed around the country and the authorities have warned against non-essential travel as the Civil Protection Agency issued multiple weather warnings.

Two young people died south of Rome when a tree hit their car, while another person was killed in the nearby town of Terracina as winds brought down scores of pine trees. Among the other victims was a 21-year-old man who was hit by a falling tree while walking in Naples, while a woman died after being struck by debris blown off a building in the northern region of Liguria.

A volunteer firefighter who was helping with the emergency response in San Martino in Badia in the country's north is also reported to have died.

Much of the Italian lagoon city of Venice was engulfed with water after high tides and strong winds caused the most severe flooding for years.

The city, famous for its canals and gondolas and beautiful palaces and churches, is frequently overwhelmed by water in the period from October to December, but Monday's flooding was particularly heavy.

The water rose 160 centimeters (five feet, three inches) above sea level at high tide, meaning that at least 77% of the city was under water. If the tide levels are verified, the reading will be the highest since December 1979. The highest ever recorded was 194 centimeters in November 1966.

Monday's high tides were caused by a low-pressure weather system over northern Italy that brought strong winds from south to north, pushing water into Venice.

Tourists and residents trudged through the waist-high water, while shops and restaurants were inundated as barriers placed across doorways failed to hold back the rising tide. Shopkeepers used buckets to remove water from their premises.

The vast expanse of St. Mark's Square was transformed into a lake, and raised walkways were laid out in front of the Doge's Palace and in other parts of the city.

Runners in Sunday's Venice Marathon were undeterred as they splashed their way through ankle-deep water.

Other parts of Italy have been affected. Rome issued an adverse weather alert warning of widespread rainfall, strong winds and violent storms in exposed coastal areas of the Lazio region.

Flooding at high tide has become much more common in Venice because of climate change — a problem that will continue to worsen as seas rise thanks to increasing temperatures and melting ice sheets.

Dozens of trees were reported uprooted across Rome and many parks and tourist sites were closed, including the Roman Forum and Colosseum. Further south, the ancient Roman city of Pompeii was shuttered because of the blustery conditions.