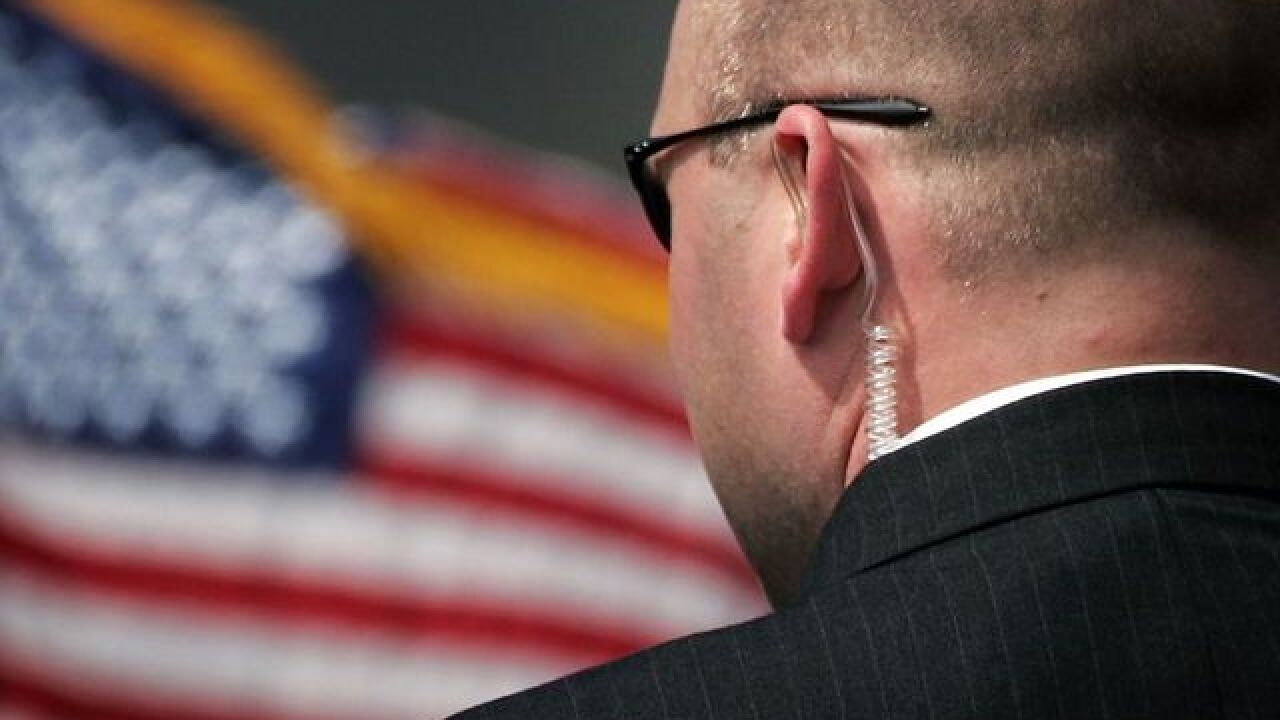 INDIANAPOLIS — The United States Secret Service is investigating Friday after a cellphone was thrown on stage at the National Rifle Association convention in Indianapolis while President Donald Trump was walking on.

A cellphone was thrown on the opposite side of the stage while Trump was walking on, but before he began to speak, the Secret Service said in a statement.

You can read the full statement from the Secret Service below:

At approximately 12:30 p.m. (ET) today, President Trump was at an event in Indianapolis, IN. As the President was walking onto the stage, but prior to his remarks, a cell phone from the crowd landed on the opposite side of the stage. An individual was removed from the event and the investigation is continuing.

The man who allegedly threw the cellphone on stage was taken for a mental health evaluation, Marion County Sheriff's Office public information officer Katie Carlson said in an email. Deputies assisted the Secret Service in their investigation into the incident.