No one knows who is flying them or why 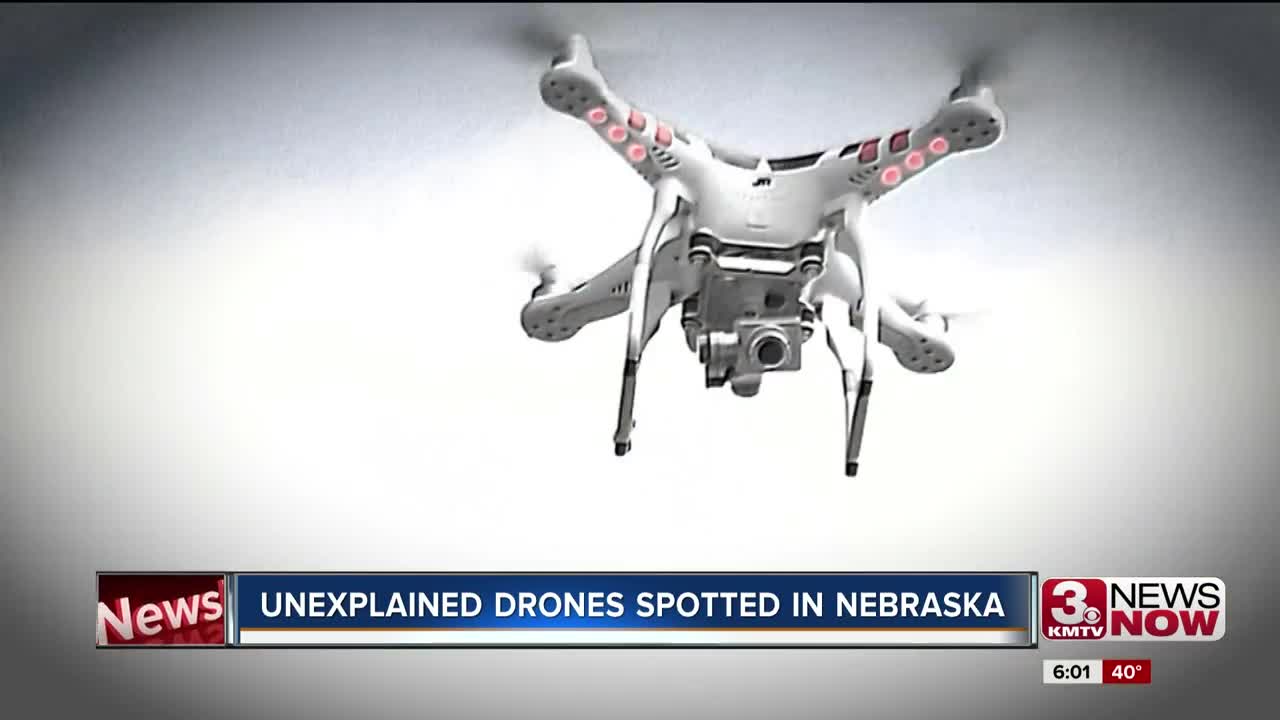 "Most interesting part is that the drones were flying in the night. People don't know what they are doing there. No feedback from federal agencies, local government and no one really knows what's going on there," said Victor Huang, an assistant professor at the Aviation Institute at the University of Nebraska Omaha.

Drones are complex and extremely advanced. They can be used for for film making, emergency services and agricultural monitoring.

"The drone, similar to our computer systems, it can really do a lot of things. To me, the only limitation is your imagination," Huang said.

But no one, not even the Federal Aviation Administration, knows what these drones are doing except that they're flying in a pattern, they're large and there's many of them.

"They don't know if it's illegal or not because right now there's no way of knowing what is up there," KMTV pilot Justin Enos said.

Based on flight patterns and altitude, experts believe it could be some sort of agricultural monitoring. Regardless, the fact that no one can account for them is frightening residents. Some have even talked about shooting the drones down, but that's not a good idea. The mystery drones are reportedly up to six feet in length. If the drones happen to weigh more than 55 pounds, they technically could be considered to be aircraft.

"If that's a legal registered drone, if you shoot it down, you are essentially shooting an aircraft down. So that is definitely illegal," Huang said.

"Registered or not, it's going to be dangerous. The batteries on these things are very flammable," Enos said.

Enos believes if it's agricultural information the people behind the drones are after, the general public shouldn't be too worried.

"I think people are concerned, especially people that aren't familiar with drones and the technology," Enos said.

The Nebraska State Patrol tweeted Monday that they are working with several sheriff's offices, local police departments and federal authorities to figure out who is behind the drone activity.

The FAA has also stated they are aware of the sightings and are investigating.

This story was originally published Ruta Ulcinaite on KMTV.