Under Armour is in serious trouble 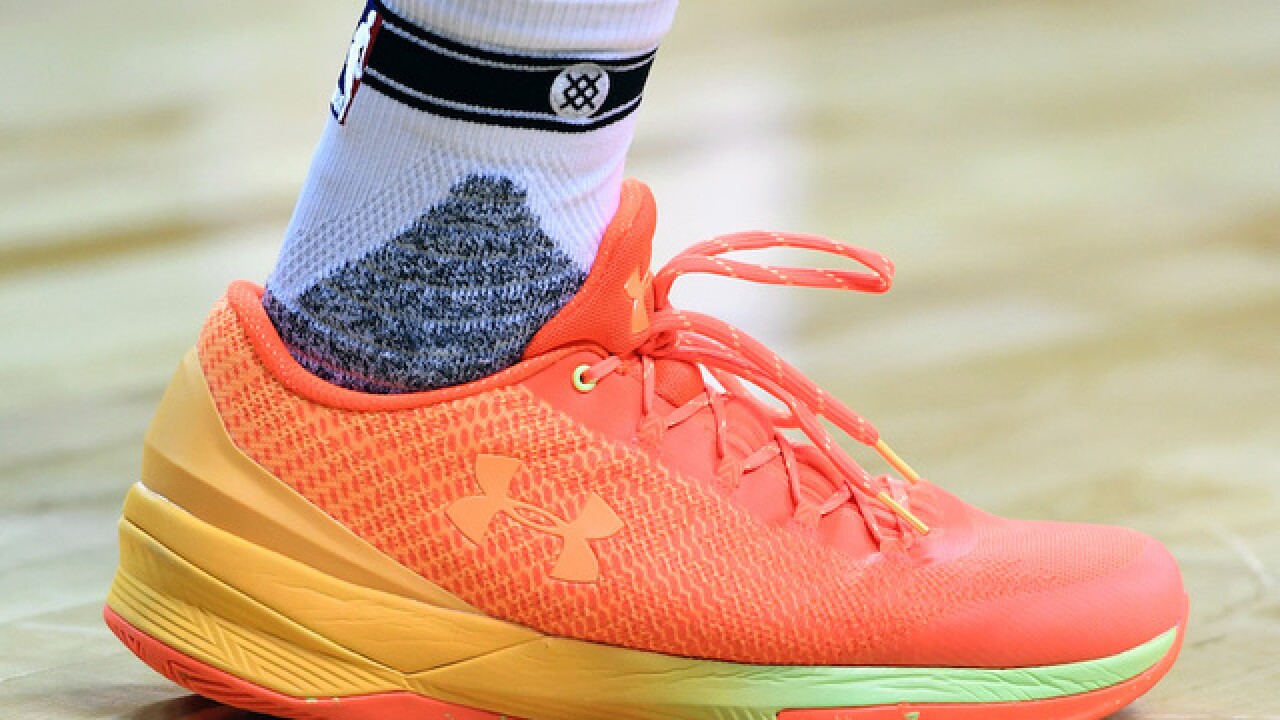 The other shoe has dropped for struggling sneaker company Under Armour.

Under Armour reported quarterly sales Tuesday that fell nearly 5% from a year ago, missing forecasts badly. The company also lowered its outlook for the year again.

That news sent the company's two classes of stock down more than 15% Tuesday. They had already lost nearly half their value for the year ahead of the earnings report. (Under Armour's UAA shares have voting rights while the UA shares do not.)

CEO Kevin Plank said in the earnings release that the biggest problem is lower demand for its shoes and athletic apparel in its home market of the United States.

The Baltimore-based company has been growing internationally, with sales surging in Europe, Latin America and Asia during the quarter.

But those markets are still relatively tiny for Under Armour. Revenue in North America makes up more than three-quarters of its overall sales -- and those sales plunged 12% in the third quarter.

It's a stunning fall from grace for Under Armour, which not that long ago was gaining market share at the expense of Nike and Adidas.

The company signed Golden State Warriors star Steph Curry a few years ago, a move that seemed like a slam dunk success, since Curry has gone on to win multiple NBA MVP awards and two championships.

But several iterations of the Curry shoes have routinely been mocked on social media for not looking cool. Even Curry's teammate Kevin Durant, who endorses Nike, poked fun at Under Armour earlier this year.

Making matters worse, there have been reports of supply chain issues with the new Curry 4 line of sneakers. And Under Armour confirmed during its conference call with analysts Tuesday that it will delay some products to the fourth quarter.

Under Armour also suffered from bad PR earlier this year after Plank agreed to join the White House's now defunct manufacturing council. Plank said in an interview with CNBC that "a pro-business president is something that is a real asset for the country."

Curry told The Mercury News that he agreed with Plank -- but only "if you remove the 'et' from asset." Other professional athletes have been vocal about their disagreements with Trump as well.

As such, Plank -- like many other CEOs -- has distanced himself from Trump lately.

After Trump was reluctant to criticize neo-Nazis at a white supremacist rally, he then bashed Curry for not wanting to visit the White House and attacked athletes who protested the national anthem. Under Armour has come to the defense of its star endorsers.

But that hasn't been enough to rejuvenate Under Armour's flagging sales or stock price.

Meanwhile, Adidas has thrived in the past year while Under Armour and Nike have both struggled. Even Skechers has enjoyed a resurgence lately.

So what can Under Armour do to get back on track? Neil Saunders, managing director of the research firm GlobalData Retail, wrote in a report that the company should continue to focus on expanding globally, which has been successful for Under Armour.

But Saunders added that the company has to do more to court women as consumers, as Nike, Adidas and yoga apparel king Lululemon have successfully done.

"Under Armour is not so broken that it cannot be fixed. But the days of glory, when it would post double-digit uplifts in sales, are over. Now is the time to work out, slim down, and become more competitive," Saunders wrote.