Trump: 'We are stopping cold the attacks on Judeo-Christian values' 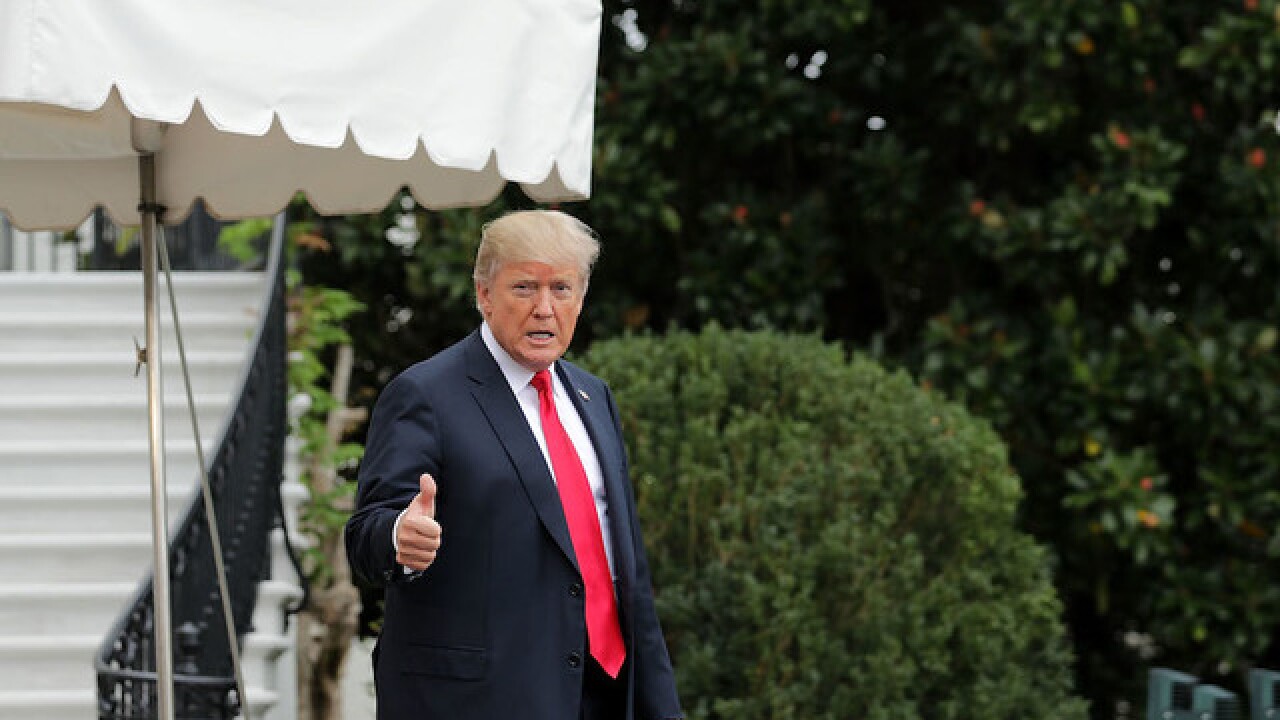 Copyright Getty Images
Chip Somodevilla
<p>WASHINGTON, DC - OCTOBER 11: U.S. President Donald Trump gives a thumbs-up to journalists as he leaves the White House October 11, 2017 in Washington, DC. According to the White House, Trump is traveling to Harrisburg, Pennsylvania, to 'give remarks on tax reform.' (Photo by Chip Somodevilla/Getty Images)</p>

President Donald Trump dove into America's culture wars on Friday, touting his administration for "returning moral clarity to our view of the world" and ending "attacks on Judeo-Christian values."

Trump, nine months into his presidency, has found it harder to get things done than the ease with which he made promises on the campaign trail, making speeches to adoring audiences like Friday's in Washington key to boosting the President's morale. And the audience at the Values Voter Summit, an annual socially conservative conference, didn't fail to deliver.

"We are stopping cold the attacks on Judeo-Christian values," Trump said to applause, before slamming people who don't say "Merry Christmas."

"They don't use the word Christmas because it is not politically correct," Trump said, complaining that department stores will use red and Christmas decorations but say "Happy New Year." "We're saying Merry Christmas again."

"America is a nation of believers and together we are strengthened and sustained by the power of prayer," Trump said.

This is not the first time Trump has addressed the group and initially he was not universally well received. Speaking before the group in 2015, Trump got booed when he referred to Sen. Marco Rubio, then a 2016 presidential candidate, a "clown."

Trump, facing difficultly in getting Congress to work with him on a host of issues, has focused more on his political base lately, catering to the conservative voters for vaulted him from reality TV star to President.

The President needled Congress on Friday.

"Congress forgot what their pledges are," he said about health care, faulting them for requiring the Trump administration to take a "different route" on repealing Obamacare.

Most recently, Trump rolled back an Obamacare rule that required employers to provide birth control coverage as part of their health insurances packages. Trump scraped that plan with a new rule that would exempt employers whose religious or moral beliefs conflict with providing contraceptive coverage.

Tony Perkins, president of the Family Research Council, heralded that decision, arguing that it showed Trump is committed to "undoing the anti-faith policies of the previous administration and restoring true religious freedom."