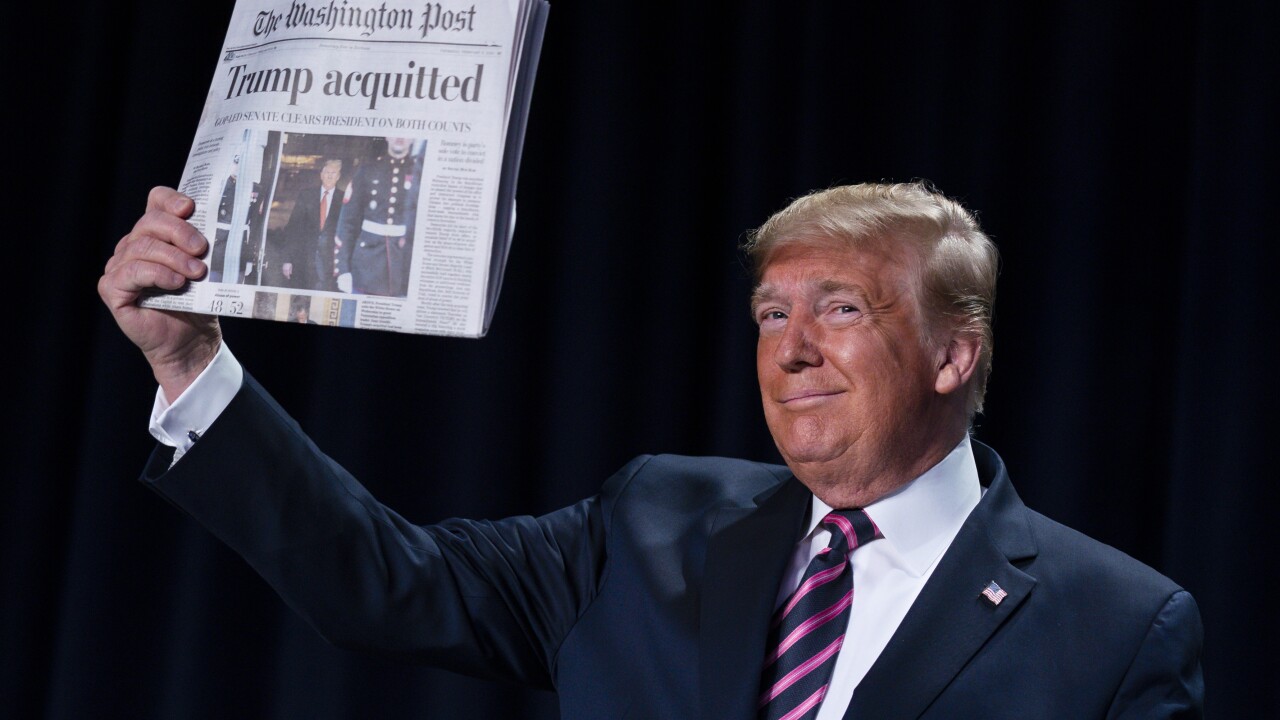 Watch the president's speech below:

The statement came one day after the U.S. Senate voted to acquit the president on both articles of impeachment that were brought on by the Democrat-held House, ending the third presidential trial in American history.

A majority of senators expressed unease with Trump's pressure on Ukraine that resulted in the two articles of impeachment. But there was nowhere near the two-thirds vote necessary in the Republican-held Senate to remove Trump from office.

Republicans unanimously voted “not guilty” for Trump’s obstruction of Congress charge, but Sen. Mitt Romney broke with his party for the abuse of power charge, voting “guilty.” Still, they had the votes to acquit.

The president’s statement camehours after he lashed out at Democrats at a prayer breakfast in Washington, where he declared that he, his family and the country had been “put through a terrible ordeal by some very dishonest and corrupt people.”