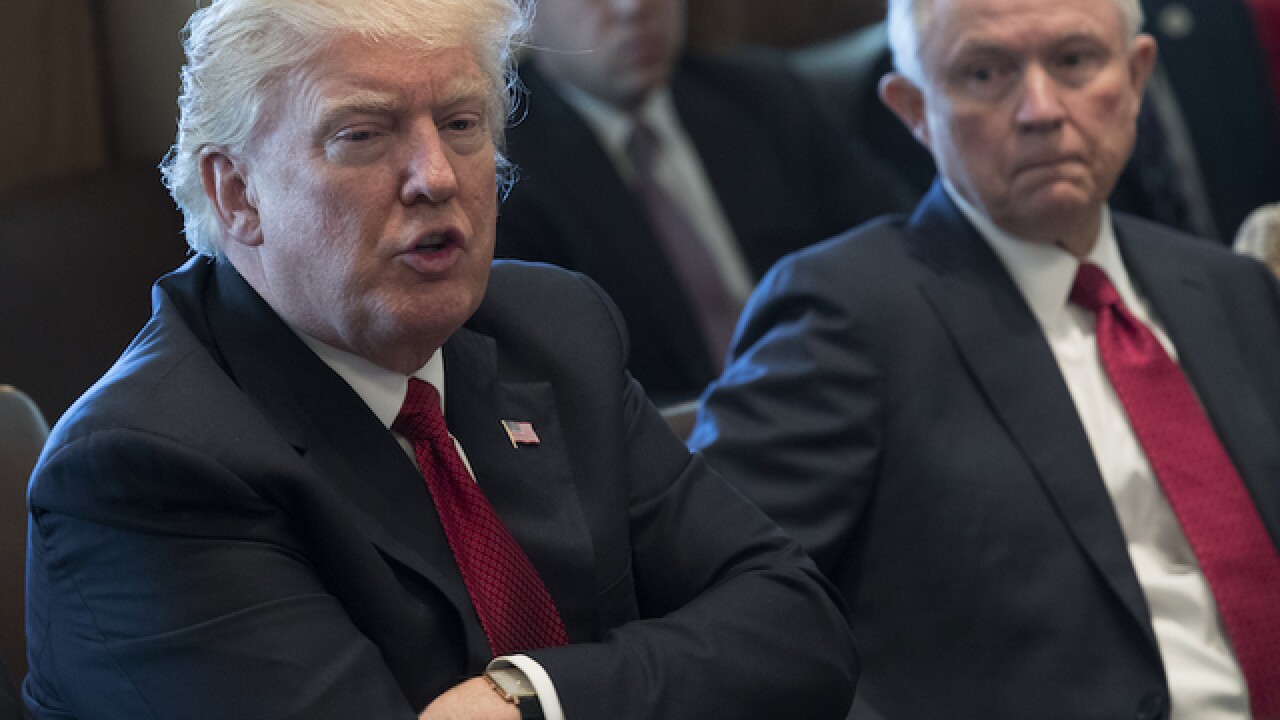 Trump has recently decried what he says is a double standard between the scrutiny over his associates' interaction with Russian officials and the investigation into Clinton's use of a private email server while secretary of state. Over the weekend, he asked on Twitter why Sessions and Justice Department special counsel Robert Mueller weren't investigating the more than 30,000 deleted emails from the server.

Tuesday's tweets also come one day after the President described Sessions as "beleaguered" as he tweeted about his frustration with the Russia probe. "After 1 year of investigation with Zero evidence being found, Chuck Schumer just stated that "Democrats should blame ourselves, not Russia," the President tweeted Monday, later adding, "So why aren't the Committees and investigators, and of course our beleaguered A.G., looking into Crooked Hillarys crimes & Russia relations?"

Trump did not explain why Sessions, a longtime and loyal supporter of his 2016 campaign, is "beleaguered." But the President's own, recent comments have raised pressure on his attorney general, whom he publicly criticized last week for recusing himself from the Russia investigation due to undisclosed contacts he had with Russian officials during the campaign.

"Sessions," Trump told The New York Times in an interview last week, "should have never recused himself and if he was going to recuse himself he should have told me before he took the job and I would have picked somebody else."

But the President's remarks caused deep alarm within the West Wing, leading some to worry that their loyalty to Trump might not be reciprocated from the man in the Oval Office.