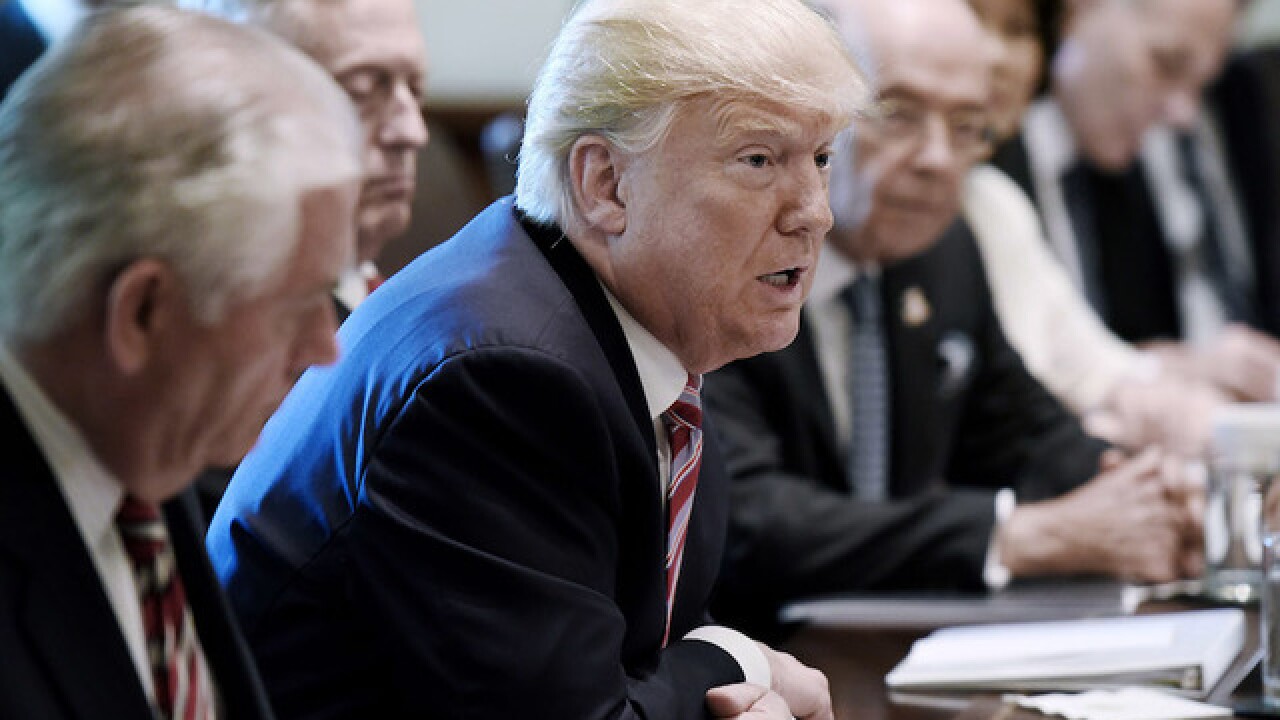 Copyright Getty Images
Pool
<p>WASHINGTON, DC - JUNE 12: (AFP OUT) U.S. Preisdent Donald Trump speaks during a meeting in the Cabinet Room of the White House June 12, 2017 in Washington, DC. Also in attendence was U.S. Attorney General Jeff Sessions who is expected to testify in an open hearing before Senate Intelligence Committee about his contacts with Russian officials during the 2016 election campaign. (Photo by Olivier Douliery-Pool/Getty Images)</p>

WASHINGTON (CNN) -- President Donald Trump made good on a campaign promise Friday, signing into law legislation that gives leadership at the Department of Veterans Affairs more power to fire failed employees and protect those who uncover wrongdoing at the agency.

The law, which won bipartisan support in both the Senate and House, comes after years of stories about chaos inside the VA, including CNN investigations in 2013 and 2014 that found dozens of veterans died or were seriously injured because of long wait times at hospitals across the country.

The measure passed the House by a 368-55 vote earlier this month. It passed the Senate by a unanimous voice vote.

Trump promised throughout his 2016 presidential campaign to reform the Department of Veterans Affairs, and tapped David Shulkin, a former VA official under President Barack Obama, to head the reform effort.

Trump called the department the "most corrupt" and "most incompetently run agency in the United States" during the campaign when he released a 10-point reform plan for the department.

And in a meeting earlier this year with veterans group, Trump vowed to make good on his promises.

"As commander in chief, I will not accept substandard service for our great veterans," he said.

Trump will be joined by several lawmakers during the signing ceremony, including Sens. John Boozman of Arkansas, Tom Cotton of Arkansas and Dan Sullivan of Alaska.

The VA scandal during the Obama administration engulfed the department, leading to the resignation of Secretary Eric Shinseki after CNN uncovered the existence of a secret scheduling list at the VA in Phoenix.

The new law gives Shulkin and future VA secretaries the power to get rid of employees who break department rules and increases whistleblower protections.

Shulkin pushed for this kind of reform bill during his confirmation process and in the first months of his tenure, arguing that the department was "still in critical condition" and more accountability was needed to improve the treatment veterans receive.