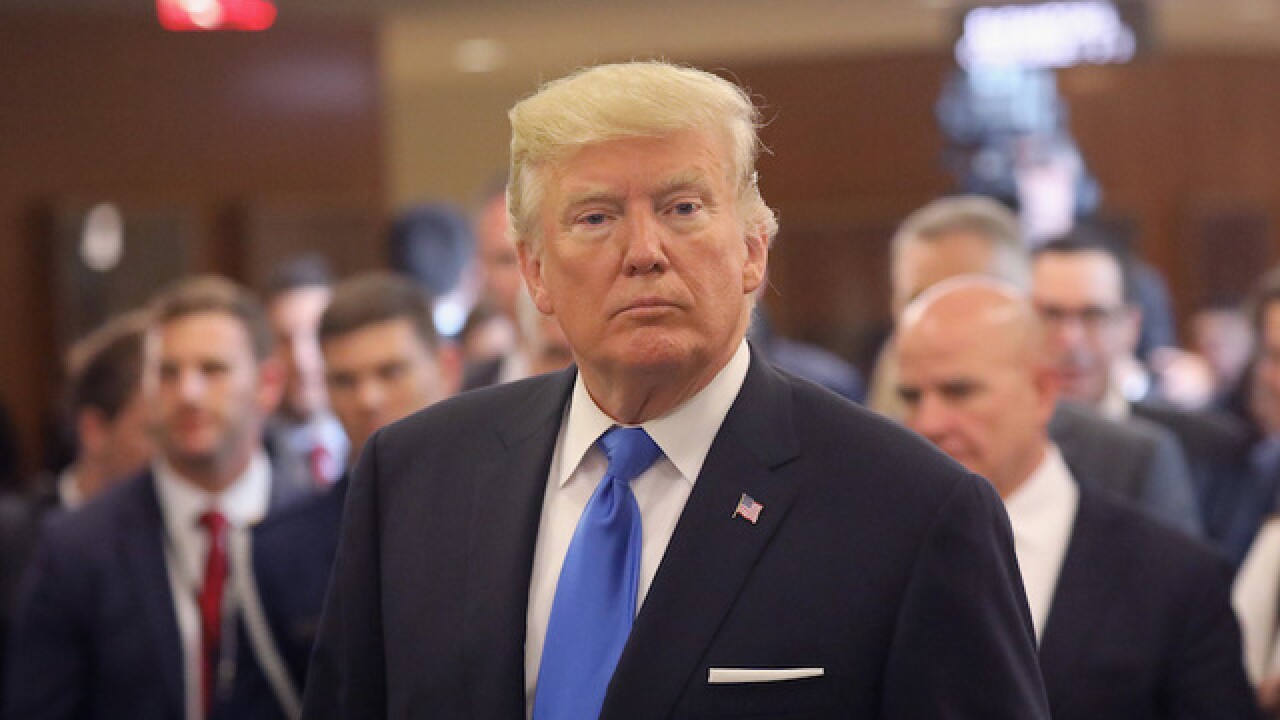 President Donald Trump on Wednesday unveiled a Republican framework for tax reform that calls for sweeping tax cuts and a simplification of the tax code, framing the effort in a speech as a historic opportunity.

"This is a once-in-a-generation opportunity, and I guess it's probably something I could say that I'm very good at," Trump said during remarks in Indiana. "I've been waiting for this for a long time. We're going to cut taxes for the middle class, make the tax code simpler and more fair for everyday Americans. And we are going to bring back the jobs and wealth that have left our country and most people thought left our country for good."

Trump in recent weeks has sought to crank up public pressure on the need for sweeping tax reform, but his speech in Indianapolis is expected to be the first time he offers specific numbers to back up his calls for the biggest changes to the tax code in decades. Trump will call for reducing the personal income tax brackets from seven to three, doubling the standard deduction for married and single filers, slashing the corporate tax rate and eliminating the estate tax.

Still, Trump and congressional Republican leaders plan to leave many of the finer details of the framework up to lawmakers.

"The goal with all of this is to give our workers the level playing field they deserve," a senior administration official said in a background briefing call on Tuesday.

Trump is expected to draw from the stories of ordinary Americans as he makes his pitch, referring to a seventh generation farmer to call for a repeal of the estate tax, drawing on the story of a small business owner as he calls for tax cuts and pulling from the experiences of an IT worker who has felt the "disastrous effects of a sky high corporate tax rate," senior administration officials said.

The GOP proposal, being presented jointly by the White House, House Ways & Means Committee and Senate Finance Committee, calls for reducing income tax rates to three brackets of 12%, 25% and 35%, but leaves the income ranges for those brackets up to tax committees, according to a copy of the Republican framework obtained by CNN. The proposal also gives committees the flexibility to create a fourth bracket that could potentially eliminate a potential tax cut for the wealthiest Americans.

The proposals also calls for doubling the standard deduction to $24,000 for married couples and $12,000 for single filers.

The framework also calls for slashing the corporate tax rate to 20%, though Trump has for months said he would like to see the 35% rate brought down to 15%. Trump sought to justify the shift on Wednesday, saying that he only floated 15% as a negotiating tactic.

Trump's push on tax reform comes on the heels of his latest in a string of stinging defeats on health care reform, with Senate Republicans repeatedly failing to string together 50 votes to replace Obamacare.

The White House is now aiming to push tax reform through Congress by the end of the year.

Trump's trek to Indiana on Wednesday is the third time Trump has pitched tax reform in a red state that is home to a vulnerable Democratic senator, this time Sen. Joe Donnelly. Trump previously made his tax push in Missouri and North Dakota, home to Sens. Claire McCaskill and Heidi Heitkamp, who are viewed as key targets in White House attempts to attract Democratic support for its efforts.