Trump says troops on US border can use 'lethal force,' threatens to close border 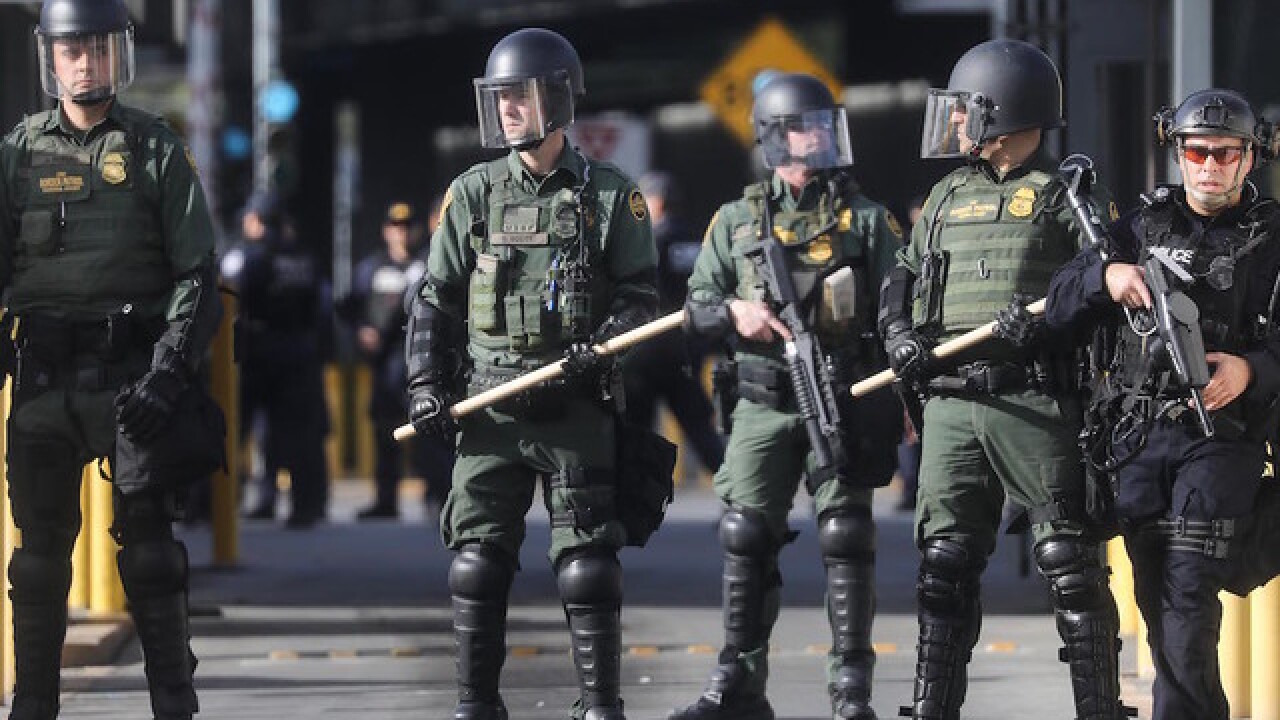 Image copyright 2018 Getty Images. All rights reserved. This material may not be published, broadcast, rewritten, or redistributed.
Mario Tama
<p>U.S. Customs and Border Protection agents stand guard on the U.S. side of the San Ysidro port of entry during a "large-scale operational readiness exercise" which briefly closed the border crossing on November 22, 2018 in Tijuana, Mexico. </p>

President Donald Trump said Thursday he has authorized American troops on the US-Mexico border to "use lethal force" if necessary against an approaching group of migrants while also threatening to close "the whole border."

Trump, who was speaking with military members and reporters at Mar-a-Lago, also said there "certainly could" be a government shutdown over border wall funding in December.

"I have no choice," Trump said, and, without providing evidence, added, "You're dealing with a minimum of 500 serious criminals" and "rough people."

Earlier this week, Trump approved a memorandum that granted new authority to troops on the border to protect Customs and Border Protection personnel from migrants if they engage in violence. Until the new authority was granted, troops were not allowed to intervene if CBP personnel came under attack unless they needed to act in their own self-defense.

Trump has sent nearly 6,000 troops to the US-Mexico border to protect against a group of migrants coming through Mexico from Central America. Many of the migrants have said they are seeking asylum and fleeing gang violence and persecution in their home countries. Trump ordered the deployment shortly before the midterm elections, when Trump was making the fight against illegal immigration a central part of his pitch for Republicans seeking office.

Defense Secretary James Mattis said Wednesday "there has been no call for any lethal force from (the Department of Homeland Security)," saying that any troops backing up customs personnel would not be carrying firearms but could be equipped with shields and batons.

Trump on Thursday also said "two days ago we closed the border," and added, "nobody's coming in."

He was apparently referring to Monday's temporary closure of all northbound vehicle traffic at the nation's busiest port of entry, San Ysidro. CBP said the lanes were closed to install jersey barriers and concertina wire and "to prepare for the potential arrival of thousands of people migrating in a caravan heading towards the border of the United States."

The President said "if we find that it's uncontrollable" or it gets to a point where "our people are going to start getting hurt, we will close entry into the country for a period of time until we can get it under control."

"When they lose control of the border on the Mexico side, we just close the border," Trump said, further explaining that means Mexico will "not be able to sell their cars into the United States."

Thursday evening, Secretary of State Mike Pompeo reiterated the administration's position that the group will not be allowed to cross into the US.

"The caravans will not be permitted to enter the United States," Pompeo said in a statement. "There are real dangers to the safety and human rights of migrants from those who would prey on them."