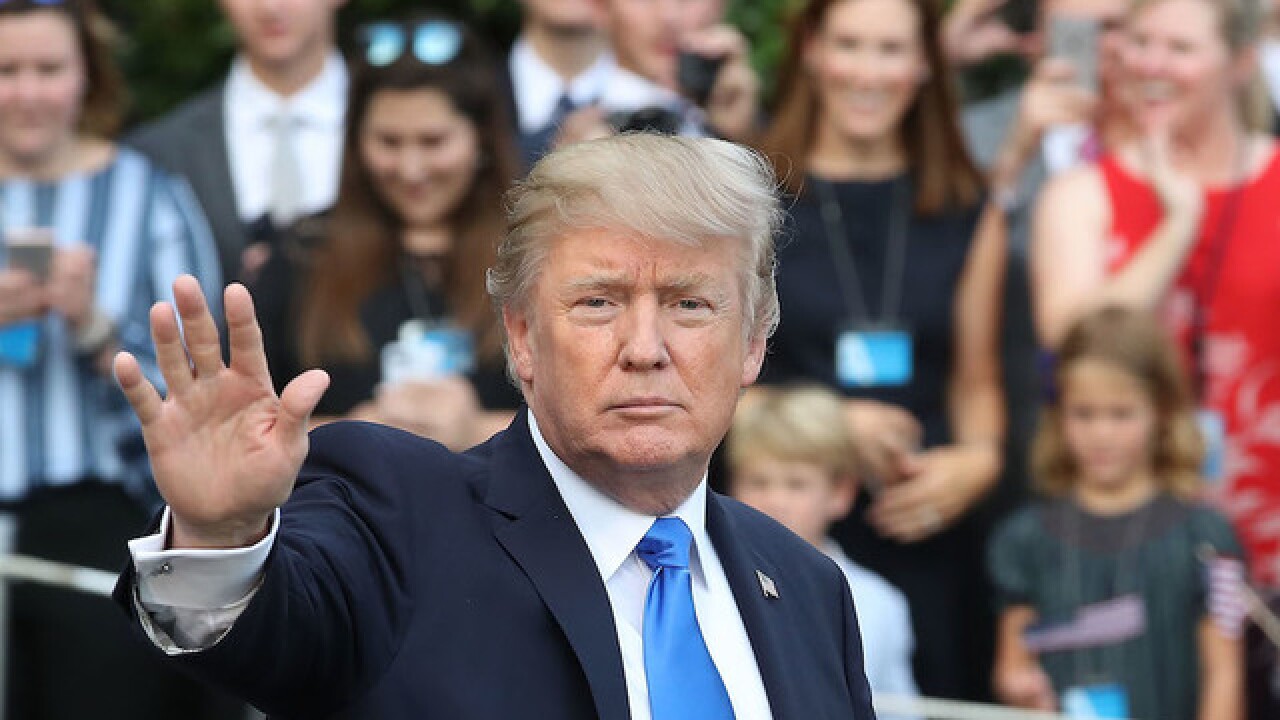 © 2017 Cable News Network, Inc.
Mark Wilson
<p>WASHINGTON, DC - JULY 12: U.S. President Donald Trump waves as he walks with his wife Melania to Marine One while departing from the White House on July 12, 2017 in Washington, DC. President Trump is traveling to France where he will meet with the president and will attend Bastille Day events on Friday. (Photo by Mark Wilson/Getty Images)</p>

President Donald Trump's retweet of a Fox News story claiming US satellites detected North Korea moving anti-ship cruise missiles to a patrol boat is raising eyebrows on Tuesday after US Ambassador to the United Nations Nikki Haley indicated that the information in the report is classified and was leaked.

"I can't talk about anything that's classified and if that's in the newspaper that's a shame," Haley said Tuesday on "Fox and Friends" when asked about the story that cites two anonymous sources.

Pushed on whether the information was leaked, Haley said "it's one of those things I don't know what's going on. I will tell you it's incredibly dangerous when things get out into the press like that."

But just a few hours before Haley's appearance on Fox, Trump retweeted a post from the Fox News morning show promoting the story said to contain classified information.

CNN has not independently verified the Fox News report and the White House has not responded to a request for comment.

Will Fischer, an Iraq War veteran and director of government relations for VoteVets, was also critical of the retweet and questioned what role -- or lack thereof -- new chief of staff John Kelly had in the process.

"It is absolutely terrifying to see that information that Ambassador Haley said was 'dangerous' to print was retweeted by Donald Trump," Fischer said in a statement. "The question for everyone to ask is: What did General Kelly say? If he told Donald Trump to retweet this, there's a real problem. If he told Trump not to, and Trump ignored him, that's a big problem. If Donald Trump is refusing to consult with his chief of staff on any of this, that's a huge problem, especially given General Kelly's military background."

Trump's motive for retweeting the Fox News story remains unclear but the decision to promote a report that -- according to the US ambassador to the United Nations -- contains classified information leaked to the press by anonymous sources comes just days after the President praised Attorney General Jeff Sessions' plan to combat that very practice in the name of national security.

"After many years of LEAKS going on in Washington, it is great to see the A.G. taking action!" Trump tweeted. "For National Security, the tougher the better!" Trump tweeted over the weekend.

Tuesday's retweet also coincided with the release of a series of new polls that not only call Trump's Twitter habits into question but also reveal major concerns around the President's trustworthiness and ability to effectively manage the standoff with North Korea.

According to a new CBS News poll only a third of those surveyed having confidence in Trump's ability to handle the situation with North Korea.

A new CNN poll shows that a majority (52%) of Americans say Trump's tweets are not an effective way for him to share his views on important issues, and 72% say they do not send the right message to other world leaders.

Further, 62% overall say that Trump's statements and actions since taking office have made them less confident in his ability to be president.

In May, Trump was criticized after The Washington Post reported that he shared highly classified information with the Russian foreign minister and Russian ambassador to the US in a White House meeting.

Despite statements from top administration officials that called the report "false," two former officials knowledgeable of the situation confirmed to CNN at the time that the main points of the Post story were accurate.