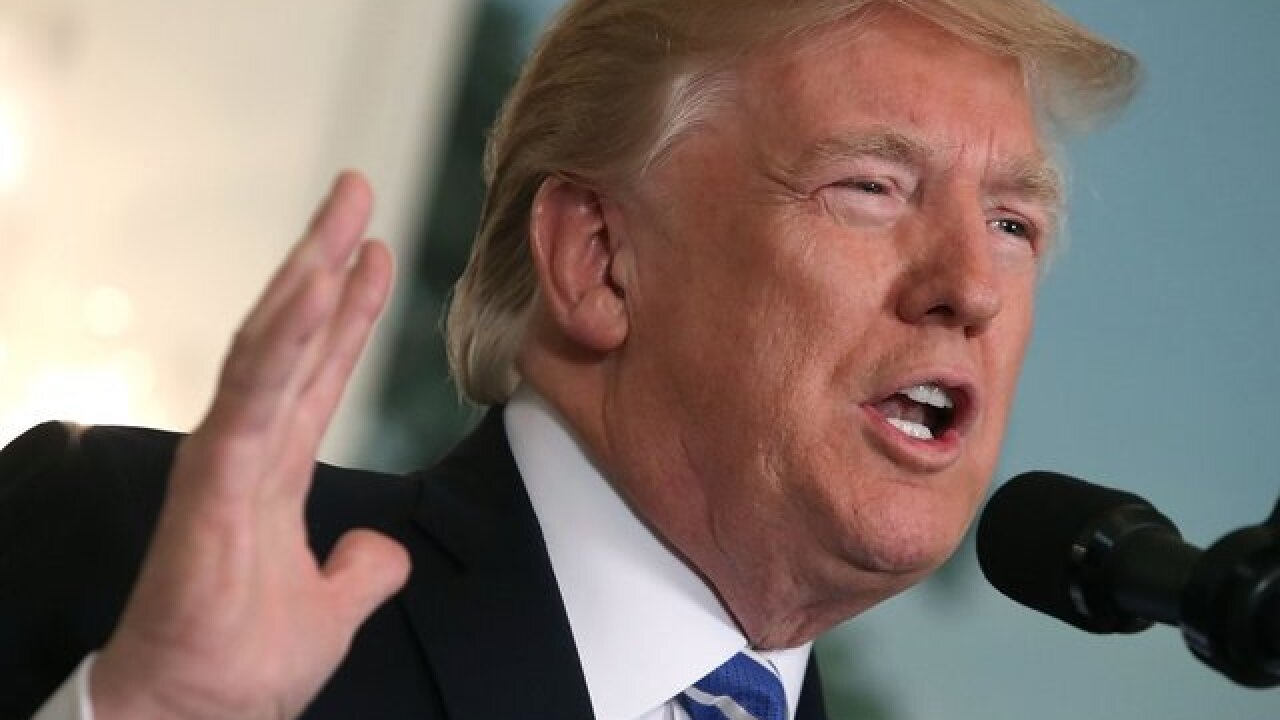 During a White House event honoring Navajo Code Talkers on Monday, President Donald Trump once again referred to Sen. Elizabeth Warren, D-Mass as "Pocahontas," a remark which has drawn criticism from Democrats in the past.

"You were here long before any of us were here. Although we have a representative in Congress who they say was here a long time ago. They call her 'Pocahontas,'” Trump said.

Trump has repeatedly called Warren "Pocahontas" after a 2012 interview with NPR when Warren claimed that a small part of her ancestry is Native American.

"I am very proud of my heritage," she told NPR. "These are my family stories. This is what my brothers and I were told by my mom and my dad, my mamaw and my papaw. This is our lives. And I'm very proud of it."

Warren responded to the incident just minutes later in an interview with MSNBC.

""It is deeply unfortunate that the President of the United States cannot even make it through a ceremony honoring these heroes without having to throw out a racial slur," she said.

The White House fired right back at Warren.

“I think what most people find offensive is Sen. Warren lying about her heritage to advance her career," White House Press Secretary Sarah Sanders said.

Pocahontas is the name of a Native American who was the daughter of Chief Powhatan, and was notorious for her role in the English settling in Virginia.