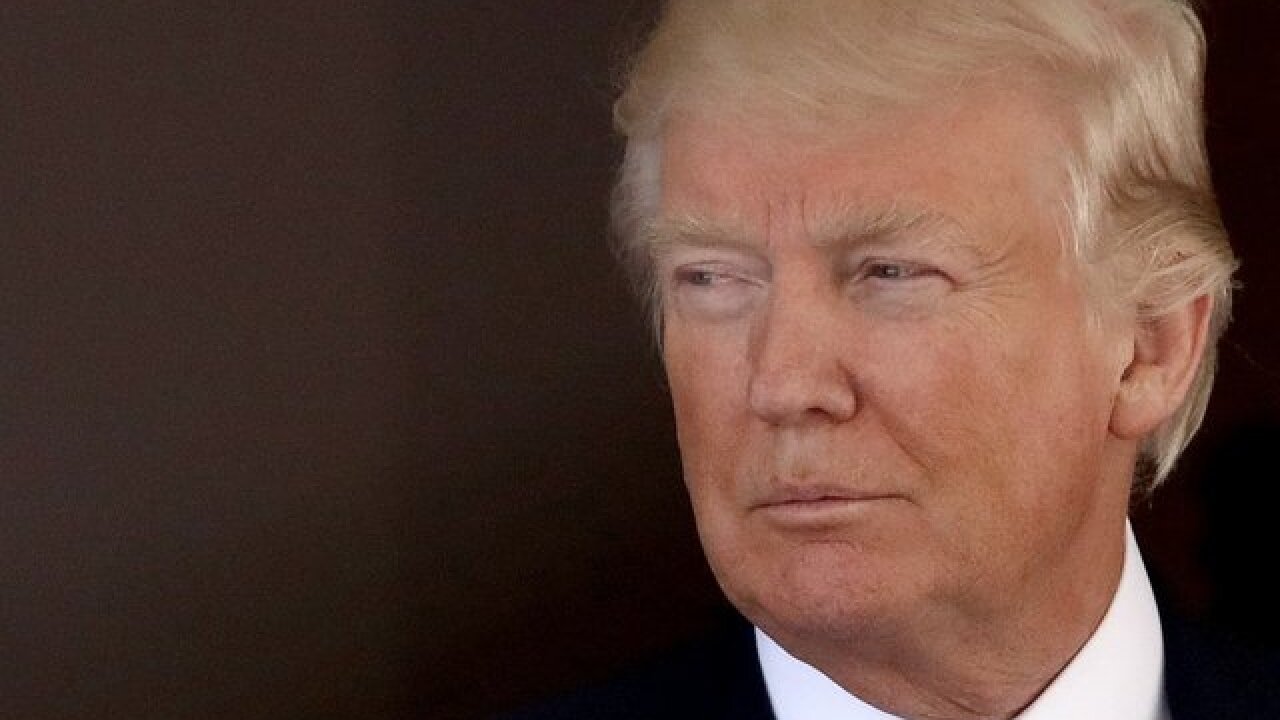 President Donald Trump used the United Nations as a foil on the campaign trail in 2016, slamming it for its "utter weakness and incompetence" and arguing that it is "not a friend of freedom."

His history with the international body on Manhattan's East Side doesn't start there -- as a real estate creature of New York, Trump has long interacted with the UN.

On his first day attending the UN's yearly meeting, Trump tried to play nice. But it's clear that his skepticism for the organization remains.

The comment was an implicit barb at an organization and a play off his campaign slogan, "Make America Great Again." The implication: The United Nations was never great to begin with, so it can't be great again.

Here is a sampling of some of Trump's more colorful comments about the United Nations:

Trump's main charge against the United Nations during the 2016 campaign was that the international body was simply inept.

During a speech before the American Israel Public Affairs Committee in March 2016, one of Trump's main points was "the utter weakness and incompetence of the United Nations."

As the campaign was in its final throes, Trump flatly said he was going to cancel all payments to the United Nations that dealt with climate change.

"We're going to put America first. That includes canceling billions in climate change spending for the United Nations, a number Hillary wants to increase, and instead use that money to provide for American infrastructure including clean water, clean air and safety," Trump told an audience in Michigan. "We're giving away billions and billions and billions of dollars."

All talk, no action

After Trump won the White House, he turned the heat of his rhetoric down slightly, saying rather that the international body was not tapping into its full potential.

"The United Nations has such great potential but right now it is just a club for people to get together, talk and have a good time," he tweeted in December. "So sad!"

The comment came after President Barack Obama, Trump's predecessor, abstained from a United Nations Security Council vote that condemned Israeli for its settlement expansion in the West Bank.

Trump later told a reporter that the United Nations was "not living up to its potential."

"When do you see the United Nations solving problems? They don't. They cause problems," he said. "So, if it lives up to the potential, it's a great thing. And if it doesn't, it's a waste of time and money."

This argument has followed Trump into the White House and the President echoed it on Monday during an event on reforming the body.

"The United Nations was founded on truly noble goals. These include affirming the dignity and worth of the human person and striving for international peace," Trump said. "Yet in recent years, the United Nations has not reached its full potential because of bureaucracy and mismanagement."

He later told ambassadors at the White House in April that he sees "fantastic potential" in the United Nations' ability to mediate conflicts.

If there is one thing Trump has castigated most about the United Nations, it's the way they spend their money.

From the projects they fund to the type of marble they used in General Assembly Hall, Trump thinks the United Nations could run on a lot more and his proposed budget would have made good on those feelings by cutting roughly $1 billion -- or 10% -- from the United States' contributions to the UN.

In 2012, Trump said the marble tiles in General Assembly Hall looked "cheap," a low blow from a man who made his name as a real estate mogul.

"The cheap 12 inch sq. marble tiles behind speaker at UN always bothered me," Trump tweeted in 2012. "I will replace with beautiful large marble slabs if they ask me."

They didn't ask and the marble remains, but his offer was not the first time Trump has offered to redo part of the United Nations complex.

In 2006, Trump slammed the United Nations for planning to spend billions to renovate their aging complex in Manhattan. Trump offered to oversee the renovations, promising he could cut costs by $1 billion.

"I'm a big fan of the United Nations. And when it worked well it was great," Trump told CNN at the time, adding, though, that the body does nothing but "spend money."

"They spend money but they don't solve problems," he said.

The idea that the United Nation's wasted money became a campaign talking point, too. Trump told an audience in South Carolina in February 2016 that an ambassador from Sweden called him in 2006 to ask how he spent around $300 million to build Trump World Tower across from the United Nations but it would cost over triple to renovate the building.

"I said," Trump recalls, "because of two reasons: corruption and incompetence. It's very simple."