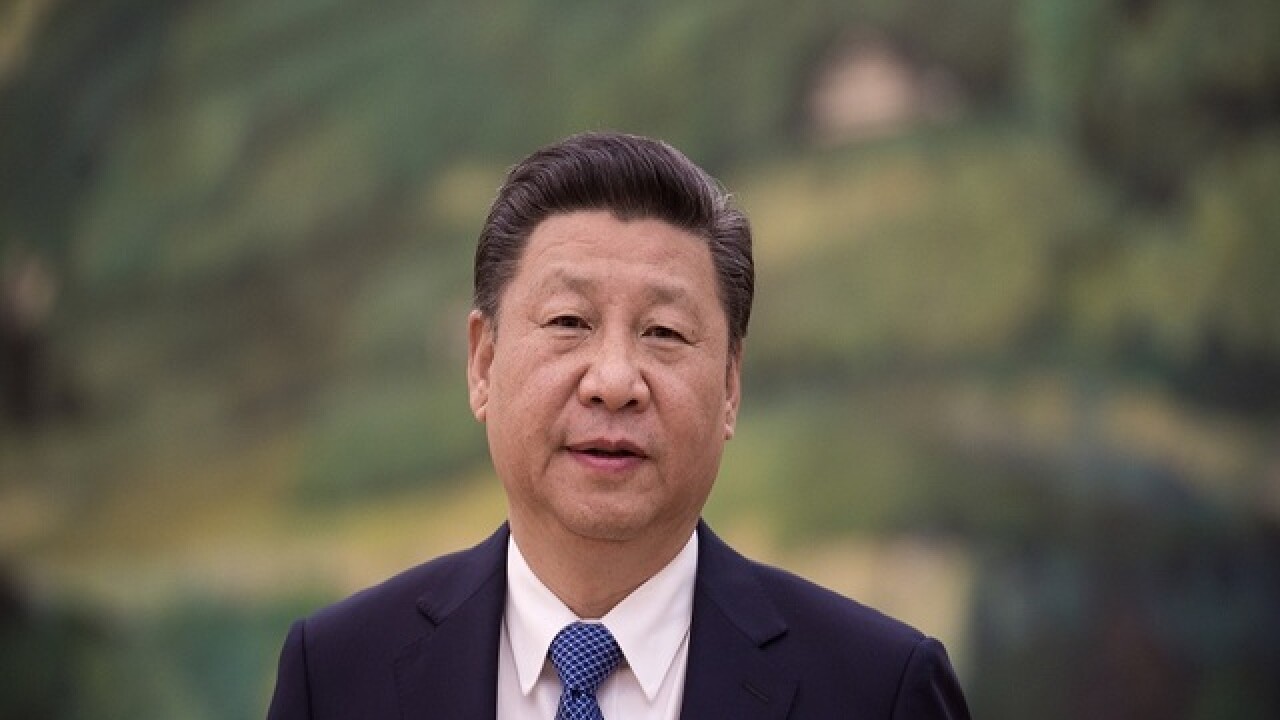 Copyright 2017 Scripps Media, Inc. All rights reserved. This material may not be published, broadcast, rewritten, or redistributed.
Pool
<p>ASOURI BEIJING, CHINA - DECEMBER 02: China's President Xi Jinping looks on before a meeting with former US Secretary of State Henry Kissinger (not seen) at the Great Halll of the People on December 2, 2016 In Beijing, China. (Photo by Nicolas Asouri - Pool / Getty Images)</p>

By: CNN
Posted at 9:51 PM, Feb 09, 2017
(CNN) -- US President Donald Trump and his Chinese counterpart Xi Jinping spoke by phone Thursday evening, according to the White House -- the first time the two have spoken since Trump took office.
In the call, the two leaders discussed "numerous topics," and Trump committed to honoring the "One China" policy at Xi's request.
Since his election in November, President Trump has challenged Beijing over several issues and, most controversially, upended decades of diplomatic protocol by questioning the longstanding US policy towards Taiwan.
China views Taiwan as a renegade province and, since 1979, the US has acknowledged Beijing's claim that Taiwan is part of China, with US-China relations governed by the set of protocols known as the "One China" policy.
Prior to taking office, Trump had caused ructions in the US-Sino relationship by taking a phone call from Taiwan's leader Tsai Ing-wen and, in a January interview in The Wall Street Journal, he said, "Everything is under negotiation, including 'One China.'"
Thursday's call was described as "extremely cordial," and the readout released by the White House said "representatives of the United States and China will engage in discussions and negotiations on various issues of mutual interest."
The two leaders also extended invitations to meet in their respective countries.
The-CNN-Wire
™ & © 2017 Cable News Network, Inc., a Time Warner Company. All rights reserved.
Copyright 2020 Scripps Media, Inc. All rights reserved. This material may not be published, broadcast, rewritten, or redistributed.