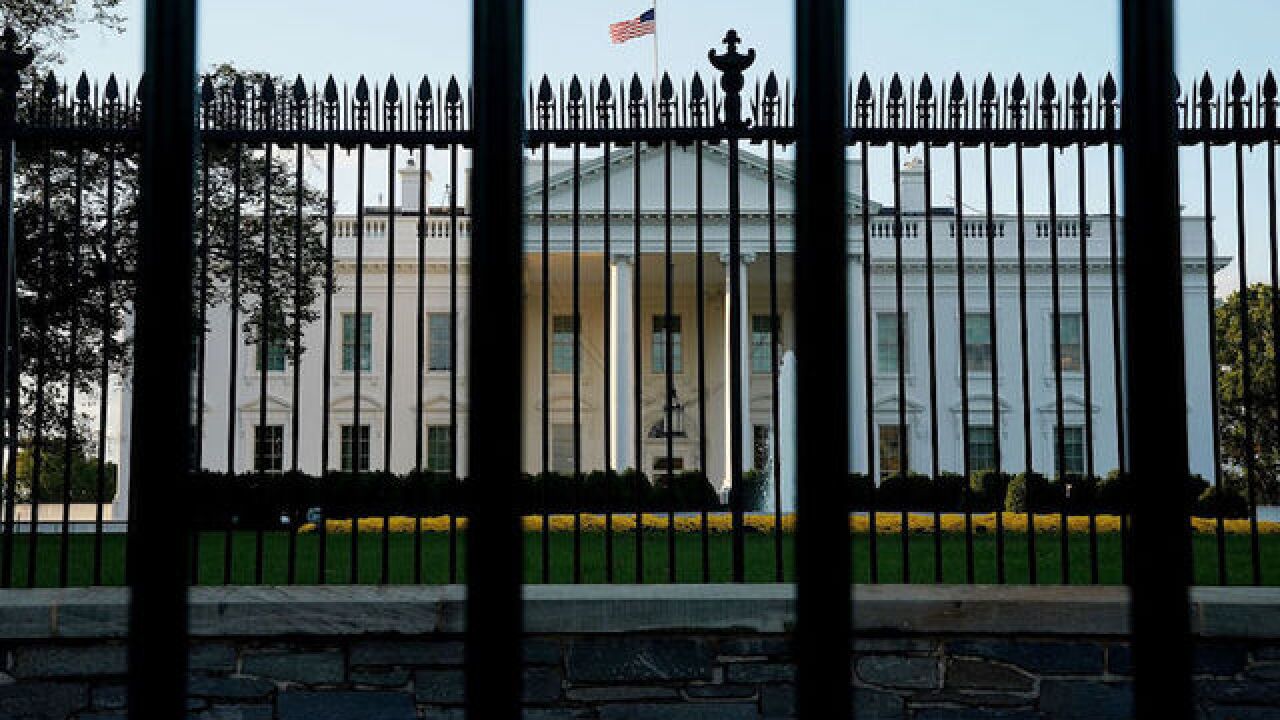 A former Trump campaign foreign policy adviser has pleaded guilty to making a false statement to the FBI after he lied about his interactions with foreign officials close to the Russian government.

The charges against top officials from Trump's campaign signals a dramatic new phase of Mueller's wide-ranging investigation into possible collusion between the Russian government and members of Trump's team as well as potential obstruction of justice and financial crimes.

Papadopoulos' guilty plea brings the Mueller probe into actions that occurred during the 2016 campaign. The charges against Manafort and Gates are unrelated to the Trump campaign, though it's possible Mueller could add additional charges.

Gates, 45, is a longtime business associate of Manafort, 68, having worked together since the mid-2000s, and served as his deputy on the campaign. The two were indicted under seal on Friday, a source with direct knowledge of the matter said.

Papadopoulos lied to FBI agents "about the timing, extent and nature of his relationships and interactions with certain foreign nationals whom he understood to have close connections with senior Russian government officials," according to the complaint. Mueller signed a 14-page statement regarding Papadopoulos' offense, which lays out of the facts of the case.

The indictment against Manafort and Gates contains 12 counts: conspiracy against the United States, conspiracy to launder money, unregistered agent of a foreign principal, false and misleading US Foreign Agents Registration Act (FARA) statements, false statements, and seven counts of failure to file reports of foreign bank and financial accounts.

The charges do not cover any activities related to the campaign, though it's possible Mueller could add additional charges.

"Sorry, but this is years ago, before Paul Manafort was part of the Trump campaign. But why aren't Crooked Hillary & the Dems the focus?????" He soon added: "Also, there is NO COLLUSION!"

He tweeted before Papadopoulos' guilty plea was unsealed.

Manafort arrived at the FBI's Washington field office Monday morning. The two are being processed separately, according to a law enforcement official. They will later be transported to federal district court in Washington later Monday morning.

The two are scheduled to make their initial court appearances before US District Magistrate Judge Deborah Robinson at 1:30 p.m. ET Monday.

CNN has reached out to lawyers for Manafort and Gates.

The charges against top officials from Trump's campaign signals a dramatic new phase of Mueller's wide-ranging investigation into possible collusion between the Russian government and members of Trump's team as well as potential obstruction of justice and financial crimes.

Manafort and Gates are the first officials in Trump's orbit charged in connection with the special counsel investigation, which is exploring whether Trump's actions surrounding the firing of former FBI Director James Comey amount to obstruction of justice. Mueller has taken a broad approach to his mandate that includes a focus on the financial dealings of Trump's team.

Trump has been briefed on the charges, a source close to the President told CNN. The source said Trump will likely say later Monday that he feels badly for Manafort and his family. The source added that Monday's developments had been predicted and are completely unrelated to Trump.

A source close to the White House said "today has zero to do with the White House," noting that the charges pertain to Manafort and Gates' business dealings.

This source added that Trump is still not planning to try to fire Mueller.

Clinton, Trump's general election opponent during last year's presidential contest, has no comment on the charges, a spokesman told CNN.

Manafort, whose work for former Ukrainian President Viktor Yanukovych has attracted scrutiny from federal investigators, has previously denied financial wrongdoing regarding his Ukraine-related payments, his bank accounts in offshore tax shelters and his various real-estate transactions over the years. Gates, who has also denied wrongdoing, was Manafort's longtime business associate in his lobbying firm before being tapped as his deputy on the Trump campaign.

Before the indictment, the FBI in July executed a so-called no-knock search warrant with guns drawn at Manafort's home in Alexandria, Virginia, seizing financial and tax documents, including some that had already been provided to congressional investigators.

Federal investigators' interest in Manafort and Gates goes back well before the special counsel was appointed. For about a decade, Manafort worked for Yanukovych and his Russia-friendly Party of Regions. Manafort's work spurred a separate federal investigation in 2014, which examined whether he and other Washington-based lobbying firms failed to register as foreign agents for the Yanukovych regime.

Gates joined Manafort's lobbying firm in the mid-2000s and handled projects in Eastern Europe, which later included work for Yanukovych.

Yanukovych was ousted amid street protests in 2014, and his pro-Russian Party of Regions was accused of corruption and laundering millions of dollars out of Ukraine. The FBI sought to learn whether those who worked for Yanukovych — Manafort's firm, as well as Washington lobbying firms Mercury LLC and the Podesta Group — played a role. The Podesta Group is headed by Tony Podesta, the brother of John Podesta, a former chief of staff of the Clinton White House, a senior adviser to President Barack Obama and Hillary Clinton's campaign chairman.

Gates once became involved in a failed business venture with Manafort and Russian oligarch Oleg Deripaska, a close ally of Russian President Vladimir Putin, according to legal filings. The plan was for Deripaska to invest $100 million in a private equity company that Manafort and Gates would manage.

The project fell apart, and Deripaska sued Manafort and Gates in the Cayman Islands for mishandling his money. Deripaska, a Russian citizen, has offered to cooperate with Capitol Hill investigations in exchange for immunity.

A secret order authorized by the court that handles the Foreign Intelligence Surveillance Act (FISA) began after Manafort became the subject of an FBI investigation that began in 2014, sources previously told CNN. But the surveillance was discontinued last year due to lack of evidence.

Later in 2016, however, the FBI restarted the surveillance as part of its investigation into Russian meddling. Investigators' interest in Manafort was reignited due to intercepted communications between Manafort and suspected Russian operatives, and among the Russians themselves, CNN has reported.

The investigation into Manafort intensified after Mueller was named as special counsel in May. Mueller has hired a team of prosecutors who have examined Manafort's financial and tax history stretching back 11 years to January 2006, while he was working in Ukraine.

Manafort entered the Trump campaign orbit in early 2016, when he reached out to Trump's daughter Ivanka Trump and son-in-law Jared Kushner and offered to work for free, according to The New York Times.

Manafort joined the Trump campaign in March 2016 to help with delegate counting ahead of the Republican National Convention, as some Republicans hoped to use arcane delegate procedures to wrest the nomination from Trump at the convention in Cleveland.

He soon was promoted to campaign chairman, and he became the top official on the campaign after then-campaign manager Corey Lewandowski was fired in June 2016.

The Times reported in August 2016 that Ukrainian investigators found Manafort's name in an off-the-books, handwritten ledger detailing secret payments — including $12.7 million to Manafort from Yanukovych's Party of Regions.

Manafort denied he had received any such payment and claims the ledger was forged. But just days later, he resigned from the campaign as the accusations swirling around him became a major distraction for Trump.

Gates rose and fell with Manafort

When Manafort joined the Trump campaign, he brought Gates on board shortly thereafter.

As Manafort rose in the ranks, so did Gates, who took on a more prominent role after Lewandowski was fired. But his stock rose and fell with his business partner -- after Manafort resigned in August 2016 amid questions about his Ukraine dealings, Gates' role was diminished, and he later left the campaign.

Questions about Gates' work in Ukraine continued to dog him even after Trump was inaugurated.

Gates was a founding member of America First Policies, a pro-Trump advocacy group, but stepped down after about two months.

Gates was forced to leave amid another round of blistering headlines about Manafort, his longtime business partner and political ally, CNN reported at the time.

Gates has denied any allegations of collusion between the Trump campaign and Russia, telling the Times in June that they were "totally ridiculous and without merit."

Gates, according to a source, accompanied Trump ally Tom Barrack to the White House several times this year.

Mueller hasn't been the only one to focus on Manafort. He's also been a central figure in multiple congressional investigations into Russian election meddling and possible coordination with the Trump campaign.

Manafort's role was further scrutinized after CNN and The New York Times reported in February that he and other senior Trump aides were in regular contact with suspected Russian operatives during the campaign. Manafort has denied those allegations.

Manafort has been interviewed behind closed doors by the Senate intelligence committee, and he has provided documents to the congressional panels investigating potential Russian collusion.

Manafort's web of connections to Russia has continued to expand as the investigations have moved forward.

In July, new reports revealed that Manafort was part of a June 2016 meeting organized by Donald Trump Jr. with a Russian lawyer who had connections to the Kremlin.

In September, The Washington Post reported that Manafort had offered to provide private briefings on the campaign to Russian billionaire Oleg Deripaska, a prominent ally of Russian President Vladimir Putin.

Manafort has denied that he ever "knowingly" communicated with Russian intelligence operatives during the election or participated in any Russian efforts to "undermine the interests of the United States."