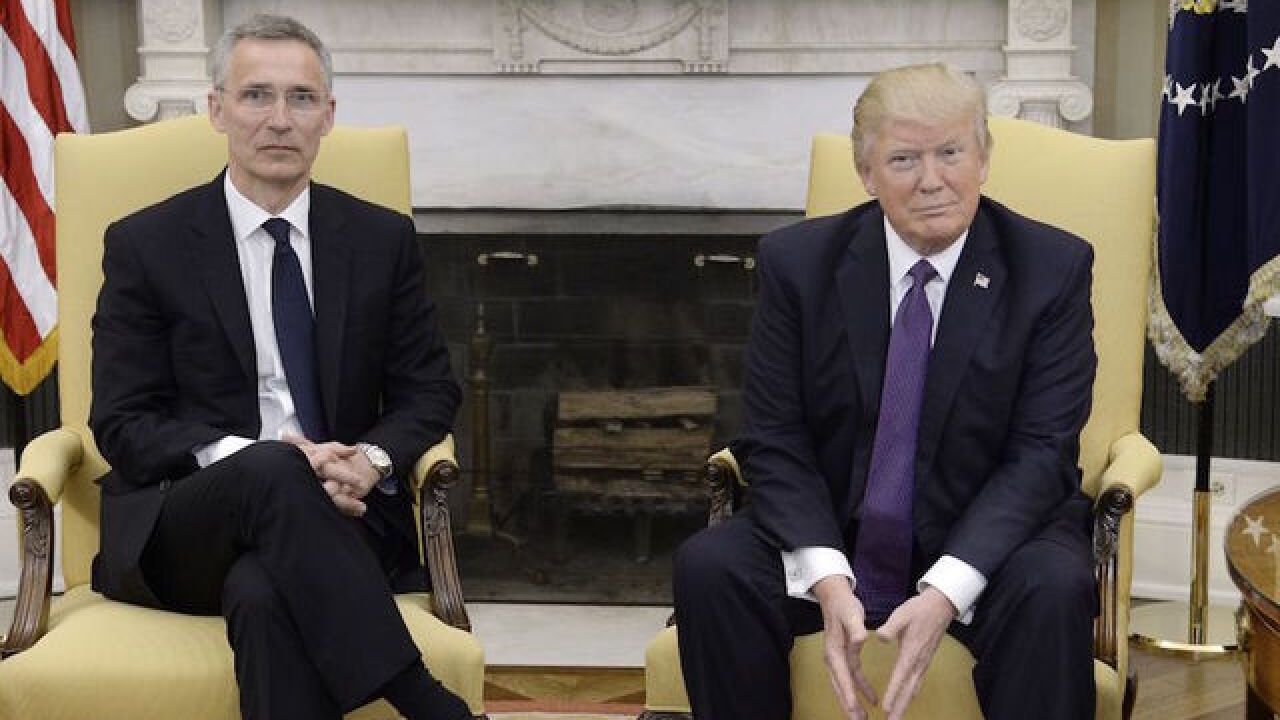 Meeting with Jens Stoltenberg, secretary general of NATO, President Donald Trump said on Wednesday that the NATO alliance is no longer obsolete, a rebuke of his own comments he made during the 2016 campaign.

"The secretary general and I met about what more NATO can do in the fight in terrorism," Trump said. "I said it was obsolete. It is no longer obsolete. It is my hope that NATO takes on an increased role in supporting our Iraqi partners in their battle with ISIS."

NATO is a military alliance between the United States, Canada and a number of European nations, including the United Kingdom, Spain, France and Germany.

Trump critiqued NATO in 2016 for not enforcing its members spend at least 2 percent of GDP on defense, which is required under NATO treaty.

On Wednesday, Trump did reiterate the need for nations to spend 2 percent of its GDP on defense.

"In facing our common challenges, we must also ensure that NATO members meet their financial obligations and pay what they owe," Trump said. "Many have not been doing that. The secretary general and I agree that other member nations must satisfy their responsibility to contribute 2 percent of GDP to defense."

Stoltenberg agreed that nations sharing the burden of defense would make NATO stronger as a whole.

"I thank you for your attention to this issue," he said. "We are already seeing the effects of your strong focus on the importance on burden sharing in the alliance."