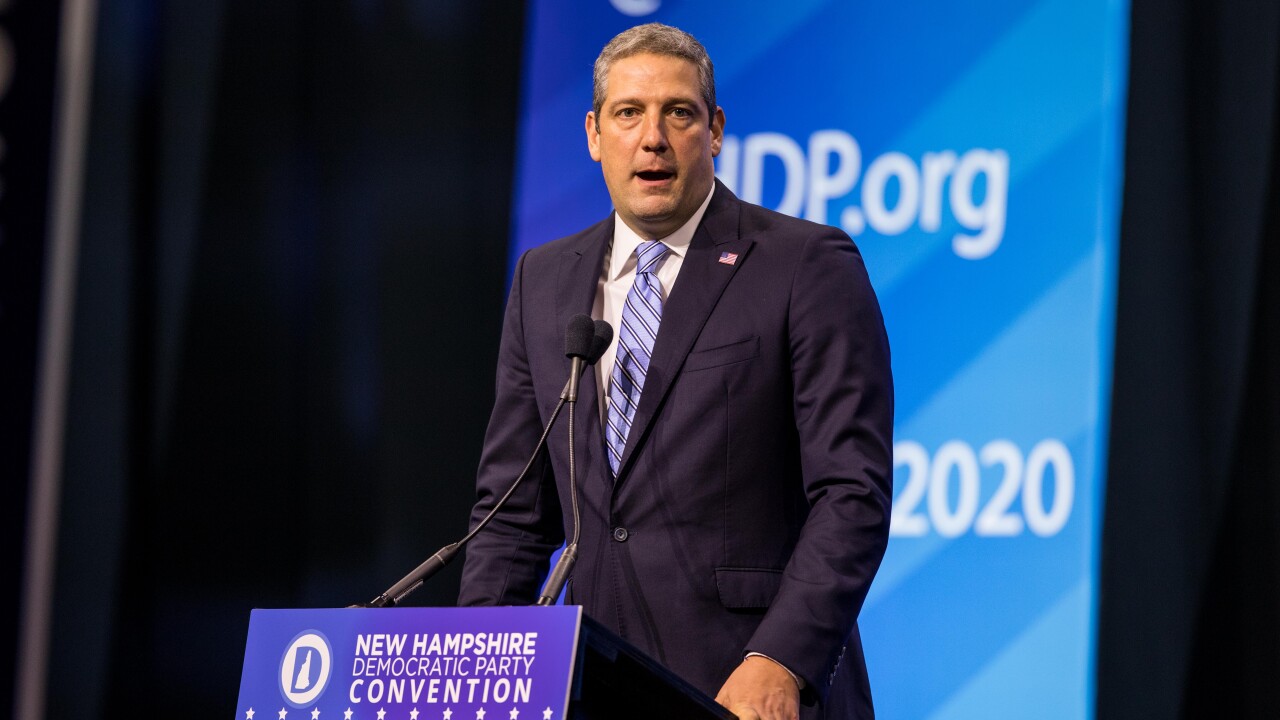 WASHINGTON – Rep. Tim Ryan dropped out of the 2020 presidential race on Thursday, ending a campaign that failed to gain any traction in a large field of better-financed and better-known Democrats.

In a video sent to his supporters, Ryan also announced that he will instead run for reelection to the House of Representatives.

"I am announcing today that I am withdrawing from the presidential campaign," Ryan said in the video. "After seven long months of hard work I will be returning home to my family and friends and community in Ohio to run for reelection for my congressional seat."

Ryan had hoped his candidacy would re-focus Democrats on the needs of working-class Americans in the Midwest, a group of people who largely drifted towards President Donald Trump in 2016. The Ohio Democrat touted himself as a "progressive who knows how to talk to working class people" who hoped to convince once reliably Democratic voters that " the progressive agenda is what is best for working families."

"As a congressman from Youngstown, Ohio for almost 20 years, I've watched the American Dream slip through the fingers of many Americans," Ryan said during his 2020 announcement. "That's why I am running for President. It's time to do something."

But that never happened for Ryan, who failed to make the debate stage in both September and October and struggled to raise money. Ryan raised a paltry $889,000 in the second quarter of 2019, a haul that paled in comparison to his competitors, some of whom raised in the tens of millions.

Ryan's campaign announced in October that they raised $425,000 in the third quarter, another small haul that raised questions about how Ryan was able to keep paying his staff. Ryan only raised $1.3 million throughout his entire presidential bid, according to Federal Election Commission reporters.

Ryan, who has served in Congress since 2003, began considering a 2020 bid in 2018, as he traveled across the country stumping for Democrats running for office and, indirectly, testing the waters on a presidential bid.

Ryan entered the presidential race as a longshot candidate with less name recognition than most candidates and a far smaller political network, two issues that eventually sunk his campaign.

Ryan will now return to the House, where he had previously made a name of himself because of his opposition to House Speaker Nancy Pelosi holding a leadership position. But those efforts have failed, and even Ryan voted for Pelosi earlier this year when Democrats picked their next House leader after taking back the chamber in 2018.

"While it didn't work out quite the way we planned, this voice will not be stifled. I will continue to advocate and fight for the working people of this country -- white, black, brown, men, women," Ryan said. "There's people who get up every day, take a shower after work sometimes, that are working really hard. And we're going to continue to fight for making sure that those workers are treated fairly, and that they have access to good health care, that they have a solid pension to retire on."