Tim McGraw collapses on stage during concert in Ireland 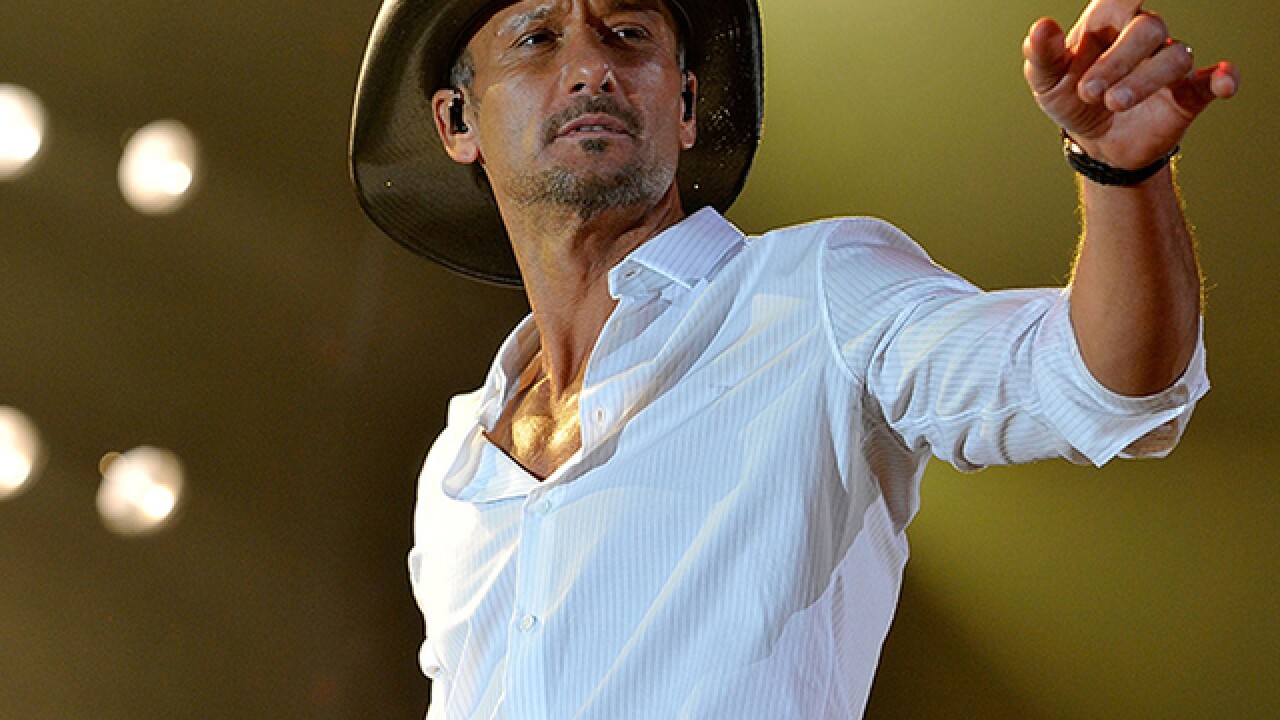 McGraw, 50, reportedly dropped to his knees after finishing a song and sat down.

McGraw's wife, singer Faith Hill, later addressed the crowd and explained that he was suffering from dehydration.

McGraw was performing at the Country to Country Music Festival in Dublin, a multiple day festival that features sets in various locations throughout the United Kingdom.

"He's been super dehydrated," Hill said to the crowd, according to social media posts. "I apologize. I made the decision that he cannot come back out.

Faith addressing the crowd about Tim. He is ok, just dehydrated! #faithhill #timmcgraw (📷: original video by thejohnkerr on twitter)

"Tim McGraw was suffering from dehydration in Dublin this evening at the C2C show. He was attended to by local medical staff on-site and will be fine. He and Faith thank everyone for their love and support and look forward to seeing their Irish fans again soon," a representative for McGraw told Rolling Stone.