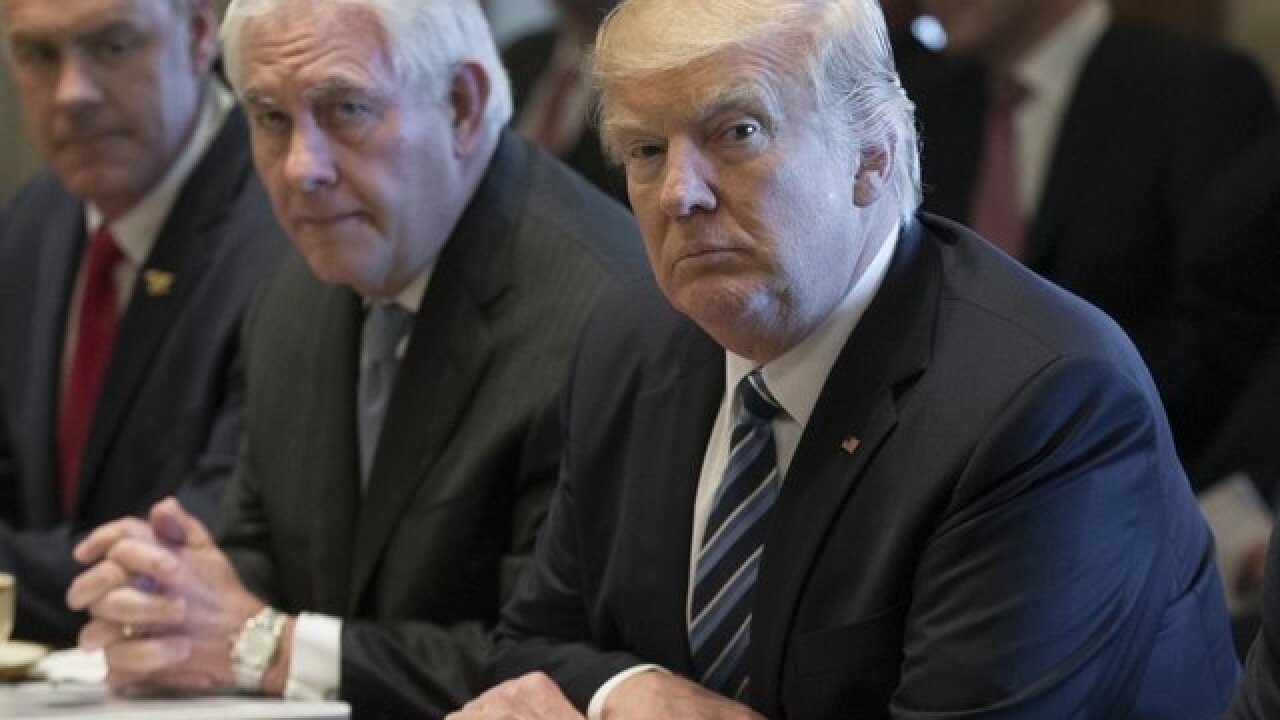 In a rare public appearance since he was fired from office, former Secretary of State Rex Tillerson called President Donald Trump "undisciplined" and claimed that Trump would often ask him to do things unaware that such actions would violate the law.

"When the President would say, 'Here's what I want to do and here's how I want to do it.' And I'd have to say to him, 'Well Mr. President, I understand what you want to do, but you can't do it that way. It violates the law. It violates treaty,'" Tillerson said Thursday night at a fundraiser in Houston for the MD Anderson Cancer Center, according to video of the event posted by CBS News.

He went on to add, "He got really frustrated ... I think he grew tired of me being the guy every day that told him you can't do that and let's talk about what we can do."

In response, Trump tweeted, "Rex Tillerson, didn’t have the mental capacity needed. He was dumb as a rock and I couldn’t get rid of him fast enough. He was lazy as hell."

Mike Pompeo is doing a great job, I am very proud of him. His predecessor, Rex Tillerson, didn't have the mental capacity needed. He was dumb as a rock and I couldn't get rid of him fast enough. He was lazy as hell. Now it is a whole new ballgame, great spirit at State!

Tillerson's comments during a conversation with former CBS News' Bob Schieffer elicited some laughs from the audience.

His candid remarks about his former boss came nearly nine months after he was fired by Trump in March and replaced with then-CIA Director Mike Pompeo. Tillerson's exit from office followed months of tension between him and Trump.

Asked why their relationship deteriorated, Tillerson said Thursday it was because "we are starkly different in our style."

"We did not have a common value system," he said.

He told Schieffer that he believes Trump acts on instinct rather than impulse, though it sometimes appears otherwise.

According to The Houston Chronicle, he also took aim at Twitter, which the President often uses to introduce policy, announce staff changes (including Tillerson's departure), rally support from his base and air his grievances on various issues, among other things.

"It troubles me that the American people seem to want to know so little about issues, that they are satisfied with 128 characters," Tillerson said, the paper reported.

Tillerson added that his comment is not a criticism of Trump but a "concern that I have about us as Americans and us as a society and us as citizens."

Thursday night marked a rare occurrence for Tillerson when answered questions about his tenure in the Trump administration and directly mentioned the President. He recently delivered a commencement speech in May at the Virginia Military Institute where he appeared to take a veiled shot at Trump, saying that when we "go wobbly on the truth ... we go wobbly on America."