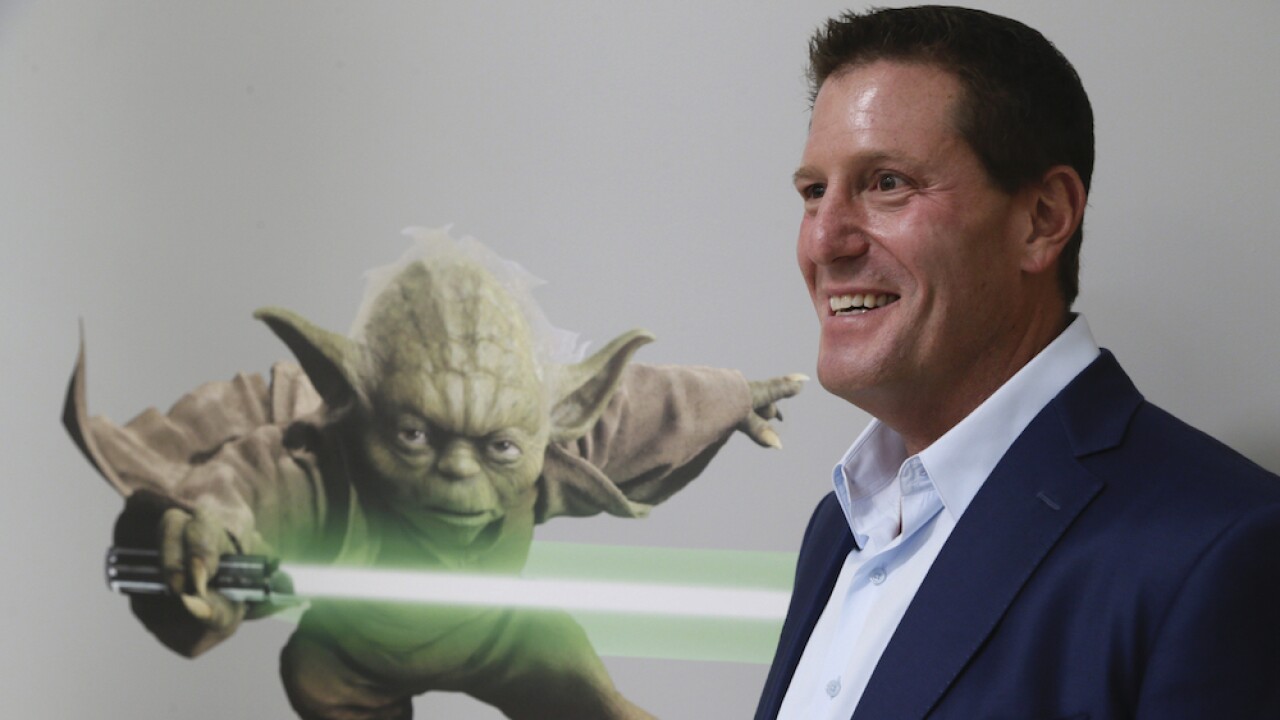 Copyright 2020 The Associated Press. All rights reserved.
Damian Dovarganes/AP
In this July 13, 2015 file photo, Disney chief strategy officer Kevin Mayer visits the company's "accelerator" space in Glendale, Calif. Mayer will also be chief operating officer of TikTok's Chinese parent company, ByteDance, and report to its founder and CEO, Yiming Zhang, the company announced Monday, May 18, 2020. TikTok's app features short videos, many with music and dancing, that has become a favorite of younger people and is known for its goofy, light-hearted feel. (AP Photo/Damian Dovarganes, file)

HONG KONG — TikTok CEO Kevin Mayer has resigned amid U.S. pressure for its Chinese owner to sell the popular video app, which the White House says is a security risk.

In a letter to employees seen Thursday, Mayer said that his decision to leave comes after the “political environment has sharply changed."

His resignation comes after U.S. President Donald Trump ordered a ban on TikTok, unless parent company Bytedance sells its U.S. operations to an American company within 90 days.

TikTok said in a statement that “We appreciate that the political dynamics of the last few months have significantly changed what the scope of Kevin’s role would be going forward, and fully respect his decision."