Snyder told investigators that she thought the children killed themselves, the affidavit said. Her son was bullied at school and had talked about taking his life, his mother told troopers, and he told her he didn't want to die alone. But that story was a lie, prosecutors say. 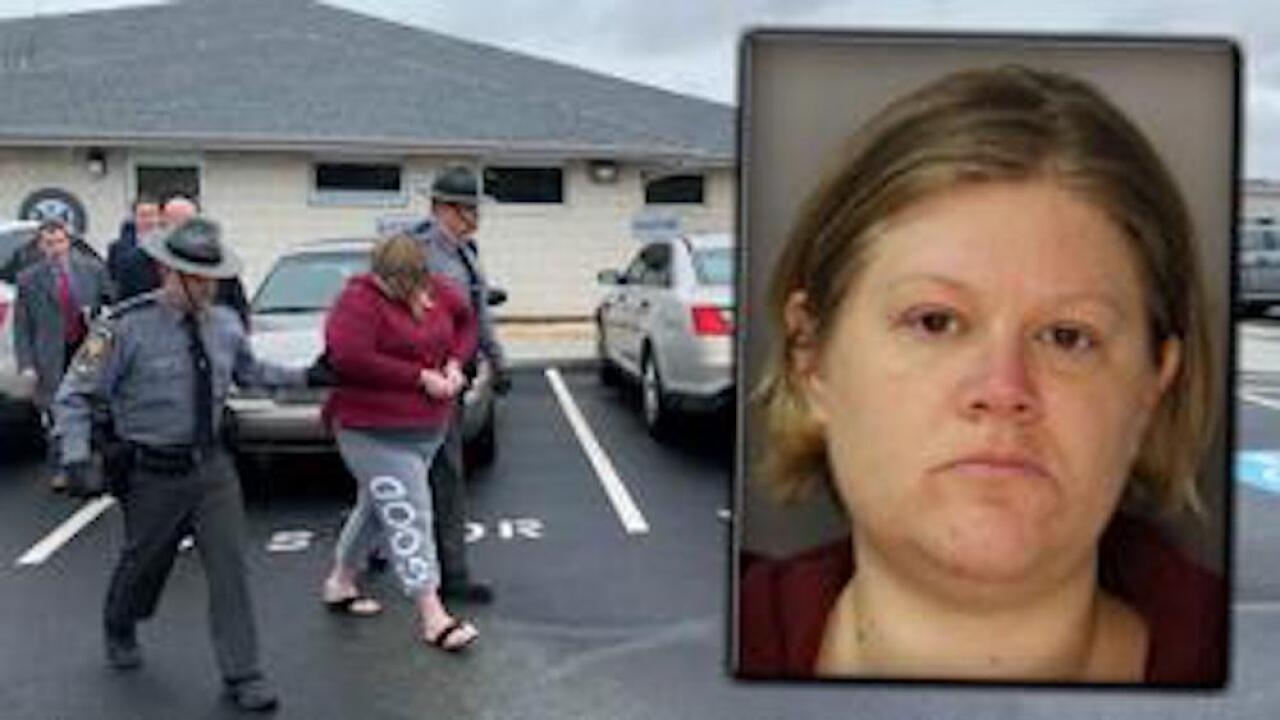 When first responders arrived at Lisa Snyder's home in Pennsylvania on September 23, they found a horrific scene.

Snyder's 8-year-old son and 4-year-old daughter were in the basement, hanging by their necks from a support beam, a probable cause affidavit filed with the court said. The children were in cardiac arrest and died a few days later, the affidavit said.

Snyder told investigators that she thought the children killed themselves, the affidavit said. Her son was bullied at school and had talked about taking his life, his mother told troopers, and he told her he didn't want to die alone.

But that story was a lie, prosecutors say. Investigators found no evidence that the boy was being bullied.

On Monday, more than two months after the children died, Snyder, 36, was arrested and charged with murdering Conner and Brinley.

Snyder's attorney, Dennis Charles, declined to comment when reached Monday on the phone. "My policy has always been not to discuss active cases with the media," he said.

He described investigators' findings but offered no motive.

"I don't know that there's any explanation for her behavior at all. I don't think that I can stand up here nor can anyone explain the horrific loss of two innocent children's lives," Adams said.

She's being held without bond in the Berks County Prison.

'He tells me he hates school'

Snyder and her children lived in Albany Township, about 75 miles northwest of Philadelphia. She told investigators that children made fun of Conner "because he is fat," and he was starving himself, the affidavit said.

"He tells me he hates school, every day he tells me he doesn't want to talk about school," Snyder told investigators.

She told investigators that she sat down with her son the week before his body was found and encouraged him to come to her, "if you ever feel hurting yourself."

"He did say to me when we were talking, I woulda killed myself already but I am scared to go by myself," Snyder said, according to the affidavit.

Adams, the prosecutor, said Snyder ordered the dog lead the children were hanging from September 22 and picked it up from a store the morning of September 23.

On that day, Snyder told investigators, Conner asked to build a fort in the basement when he got home from school.

She told investigators that her son took two dining room chairs downstairs, along with the dog lead, and asked his sister to come play with him, the affidavit said.

While the kids were in the basement, Snyder said, she put away laundry, went outside to play with the dog and smoke a cigarette, and then went downstairs to ask if the children wanted frozen pizza or Chef Boyardee for dinner, the affidavit said.

"She then went upstairs and called 911 and never returned back to the basement," the affidavit said.

"Eight year-olds, generally, that I am aware, do not commit suicide," Adams said.

School officials and family members said Conner never mentioned he was suicidal or being bullied, the affidavit said. Others, including a witness who lived in Snyder's home, said Conner never told them he was a victim of bullying, the document said. A security video of Conner getting off the bus on the day his body was discovered showed no signs of distress, it said.

"In fact from the video, he was appeared to be a happy child," Adams said.

Adams did not identify the witness who lived in the home, but said that Snyder's 17-year-old son lived there. The witness said the younger children rarely played in the basement, Adams said.

Adams said the Berks County Children and Youth Services had previously been involved with the family.

The agency was involved with the family until November 2015, he said.

"As far as we can tell, from the evidence that we have reviewed, they made what appeared to be the proper decisions at the time," Adams said.

CNN is reaching out to the agency for comment.

'Hits us in the heart'

The affidavit said three weeks before her children died, Snyder told a witness she was depressed and couldn't get out of bed.

She also "made a statement that she does not care anymore about her kids," the affidavit said.

In the days before her children's deaths, Snyder's gmail account made several online searches that drew investigators' interest.

In one instance, her account looked up "carbon monoxide in a car how long to die," the affidavit said.

Google searches on her account showed a search on a website that described an effective way to hang someone with using a simple suspension, the affidavit said.

The district attorney said the case has been an emotional one for investigators.

"Anytime that any of us have to investigate, prosecute cases that involve the abuse or death of an innocent child, it all hits us in the heart," he said.

Conner and Brinley's deaths have made authorities "appreciate the quality of life and the value of human life," Adams said.