The Obamas have picked their next house 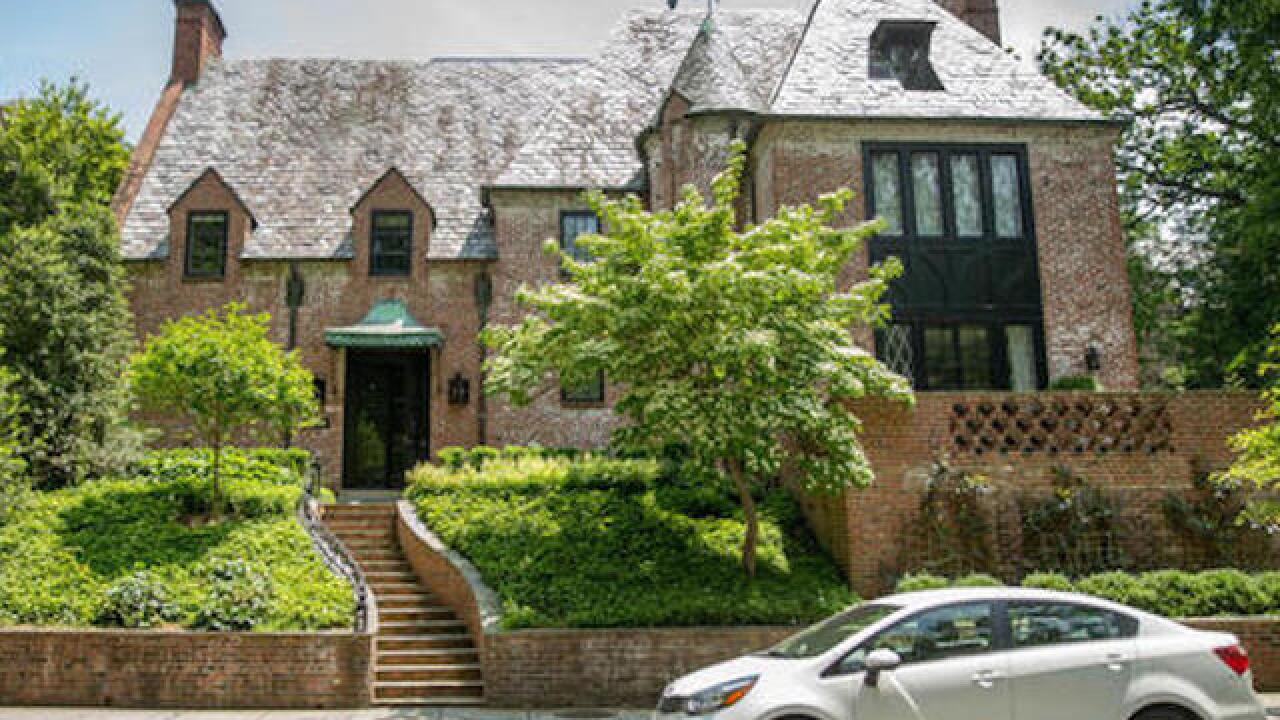 WASHINGTON (AP) — Real estate circles buzzed Wednesday over reports that President Barack Obama and his wife, Michelle, have decided to lease a nine-bedroom mansion in one of Washington's poshest neighborhoods when he leaves office in January.

With a sprawling terrace and a castle-like exterior, the home sits on a quarter-acre lot just down the road from the Naval Observatory, the vice president's official residence, in the wealthy Kalorama neighborhood near Embassy Row. A 2011 remodel brought the total number of bathrooms to eight-and-a-half, along with three fireplaces and an "au pair suite," spread out over roughly 8,200 square feet, according to real estate data. It features parking for up to 10 cars.

Peg Mancuso, the president of the Greater Capital Area Association of Realtors, called the area "clearly one of the best neighborhoods in the Washington Metropolitan area." She said if the reports are true, "He couldn't have picked a better neighborhood for his family."

The mansion's owners, President Bill Clinton's former White House press secretary Joe Lockhart and his wife, live in New York, where he works for the NFL. The White House declined to comment on the possibility of the Obamas renting the property, first reported by Politico.

An individual familiar with the Obamas' plans said they had started their housing search and were currently looking at rental properties in a number of Washington neighborhoods, including Kalorama. The individual wasn't authorized to discuss the issue publicly and requested anonymity.

It was unclear whether the Obamas had settled on the Kalorama property and formally leased it or whether they were still considering other options. Obama's aides and friends have been reluctant to discuss his plans in light of the intense security preparations the U.S. Secret Service must undertake to ensure the first family can be adequately protected while living in a private home.

"Transferring someone in the middle of high school — tough," Obama said earlier this year in Milwaukee.

Built in the 1920s, the mansion last sold in 2013 for about $5.3 million — a drop from the list price of about $6 million, according to real estate records. It was put on the market in 2012 for just under $8 million but later removed.

For years, Obama has complained publicly about the lack of privacy that comes with life in the White House, and has said he's eagerly awaiting the day he can recapture some of the anonymity and freedom of movement he enjoyed before becoming president. Though his decision to remain temporarily in Washington may delay that, Obama is expected to spend considerable time in the coming years in Chicago, where his family owns a home and where his presidential library will be built, as well as in New York and in Hawaii, where Obama was born.