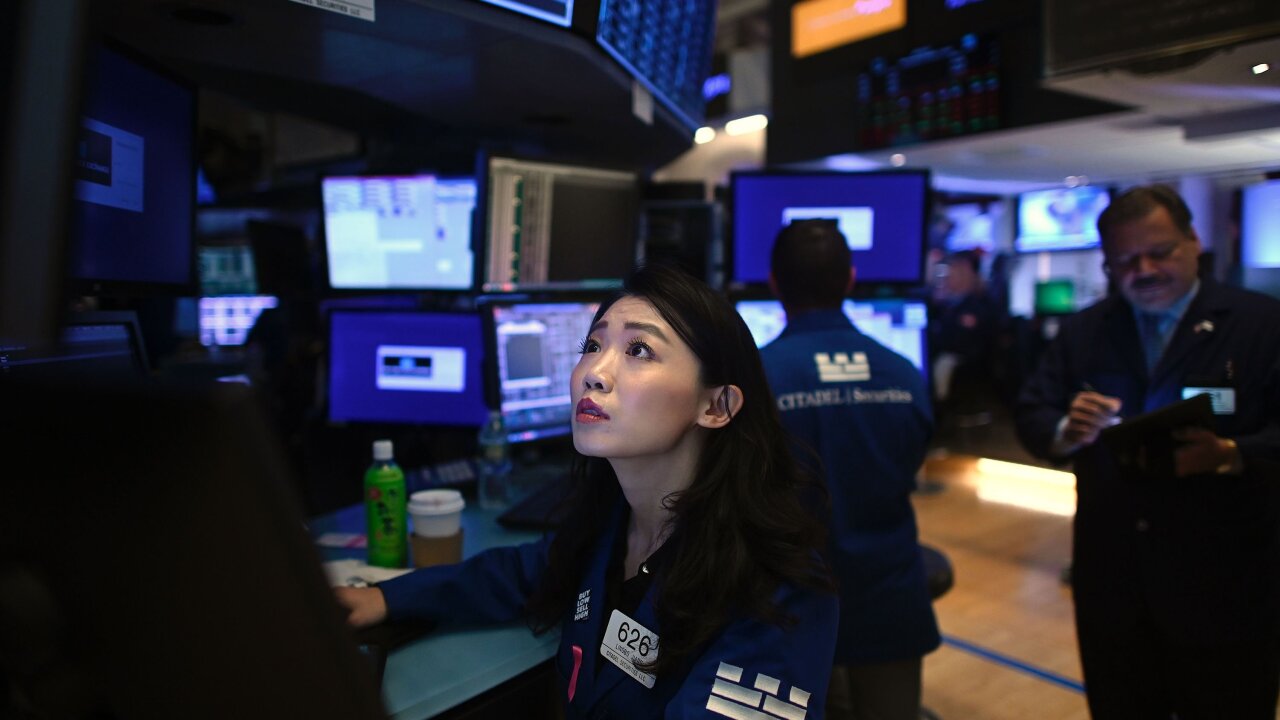 NEW YORK – After a two-day selloff that cost the Dow more than 800 points, the Dow and the broader stock market are once again sliding on Thursday.

Investors are worried that the US manufacturing sector's problems are spilling over to other parts of the American economy after the Institute of Supply Management reported worse-than-expected growth for the US services sector.

Stocks turned sharply lower following the closely watched report. The Dow fell 300 points, or a little over 1%. The index has fallen by more than 1,000 points over the past three days.

The manufacturing sector has contracted for two straight months, hurt by the ongoing trde war with China and slowing global demand. But the services sector is by far the largest American industry. Although still growing, it is just barely expanding, according to ISM: The non-manufacturing index for September fell to 52.6, compared with 55 expected. A reading above 50 indicates growth.

Prices largely remained in check: Markit's services inflation index was in line with expectations at 50.9.

Investors will be particularly attuned to Friday's jobs report. So far, US consumers have kept the economy growing in part thanks to a strong jobs market. Investors are now nervously looking for cracks in that foundation.

New developments on the trade front haven't swayed markets much.

The United States plans to impose import tariffs on $7.5 billion worth of European-made goods as soon as October 18. The new tariffs follow a ruling against the European Union by the World Trade Organization, saying that Airbus was improperly subsidized.