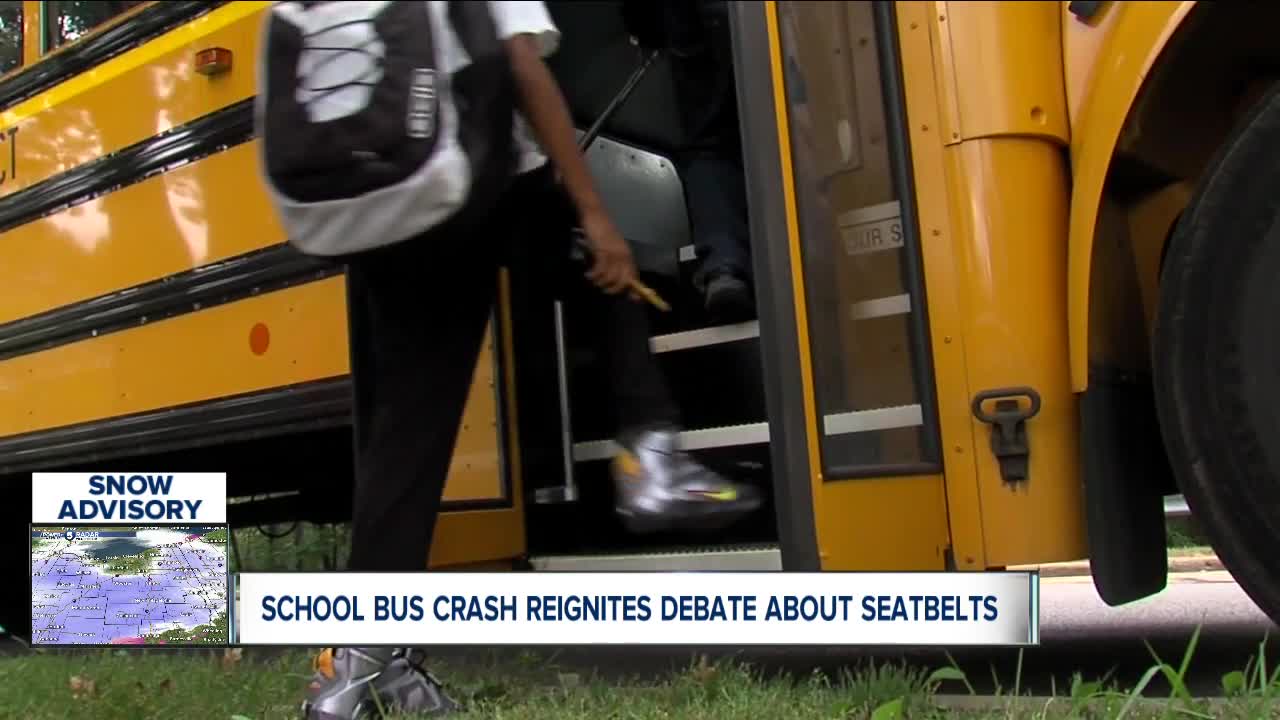 THORNVILLE, Ohio — The video is terrifying.

It shows high school students in Thornville, Ohio fall out of their seats and hit the roof of the school bus after authorities say a car blew through a red light and right into them.

The video is from December, but was just released this week, and it has Northeast Ohio talking again — should seat belts be required on school buses?

"I am very strongly of the opinion that we should not put seat belts on school buses," said Jeffrey Cassell, the president of the Hudson based School Bus Safety Company.

"A bus weighs 42,000 pounds, 10 times the weight of a car," he said. "A bus is built to absorb pressure, inside they have padded seats very few children ever are injured or killed inside a school bus."

"Half the children in America, they get to school another way: walk, bike, parents car. Seven hundred children are killed getting to and from school without a school bus every single year," Cassell said.

Cassell also says putting seat belts on all buses in America would be costly, around $3 billion.

But he says, even if money weren't an object, he still wouldn't do it.

"No. I would reduce the walking distances to a maximum of a mile, and I would save the lives of 200 children, that's where I would invest that money," Cassell said.

There are only eight states in the country that require students to wear seat belts on buses, and Ohio isn't one of them.

Some local school districts are taking the safety of their students into their own hands.

Beachwood decided to make the change after one of their Elementary School students lobbied for it.

"We prioritize using our bus with seat belts on highway travel. All of our buses are safe, but we are pleased that we are moving in a direction to add seat belts to our entire fleet through our partnership and commitment from the City of Beachwood and our Board of Education."

This story was originally published by Amanda VanAllen on WEWS in Cleveland.