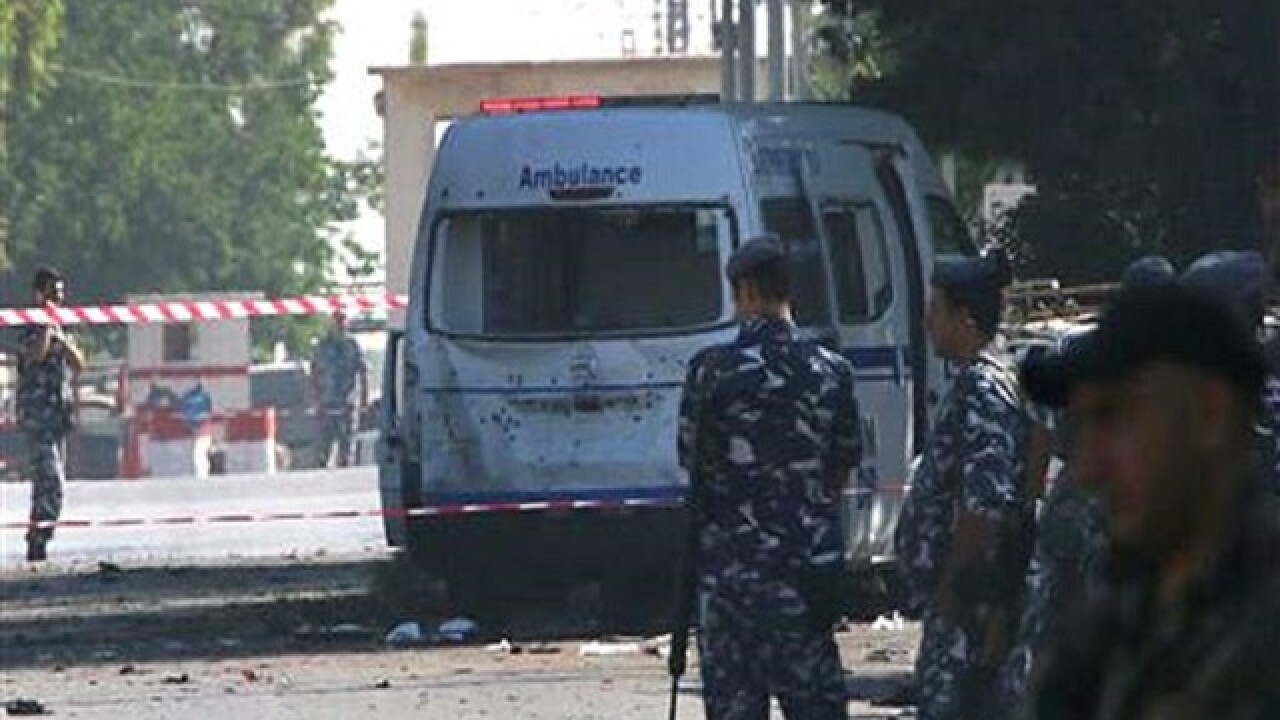 BEIRUT (AP) — A group of suicide bombers detonated their explosives in a Lebanese village near the border with Syria on Monday, killing five people and wounding at least 15, Lebanon's state-run news agency said.
The National News Agency said the blasts occurred in Qaa, a predominantly Christian village only few hundred meters (yards) away from the border. It said four suicide bombers were involved in the rare multiple attack.
The villagers became suspicious of the men as they were passing through the village around 4 am local time, an eyewitness in Qaa said. When civilian security men who guard the village called out to them, they threw a hand grenade before successively blowing themselves up among civilians.
It was unclear why so many people were out on the street, but the villagers likely came out drawn by the loudness of the grenade explosion. Lebanese Christians of Qaa have taken up arms, setting up self-defense units to protect against potential attack by Muslim extremists from neighboring Syria.
Also, it was not immediately clear what exactly the attackers were planning to target. The explosions occurred about 150 meters away from a Lebanese customs border point. The eyewitnesses spoke on condition of anonymity for fears for his safety.
Lebanon's Al-Manar news agency, which is owned by the militant group Hezbollah, said six people were killed and blamed the attack on the Islamic State group.
Hezbollah has been fighting in Syria alongside President Bashar Assad's forces in the Syrian civil war, which has stoked sectarian tensions in Lebanon. Previous attacks in Lebanon have been claimed by the IS group.
The village of Qaa, which is located about 70 kilometers (44 miles) north of the city of Baalbek, is home to a large number of Syrian refugees who have fled the war in Syria.
Copyright 2016 The Associated Press. All rights reserved. This material may not be published, broadcast, rewritten or redistributed.