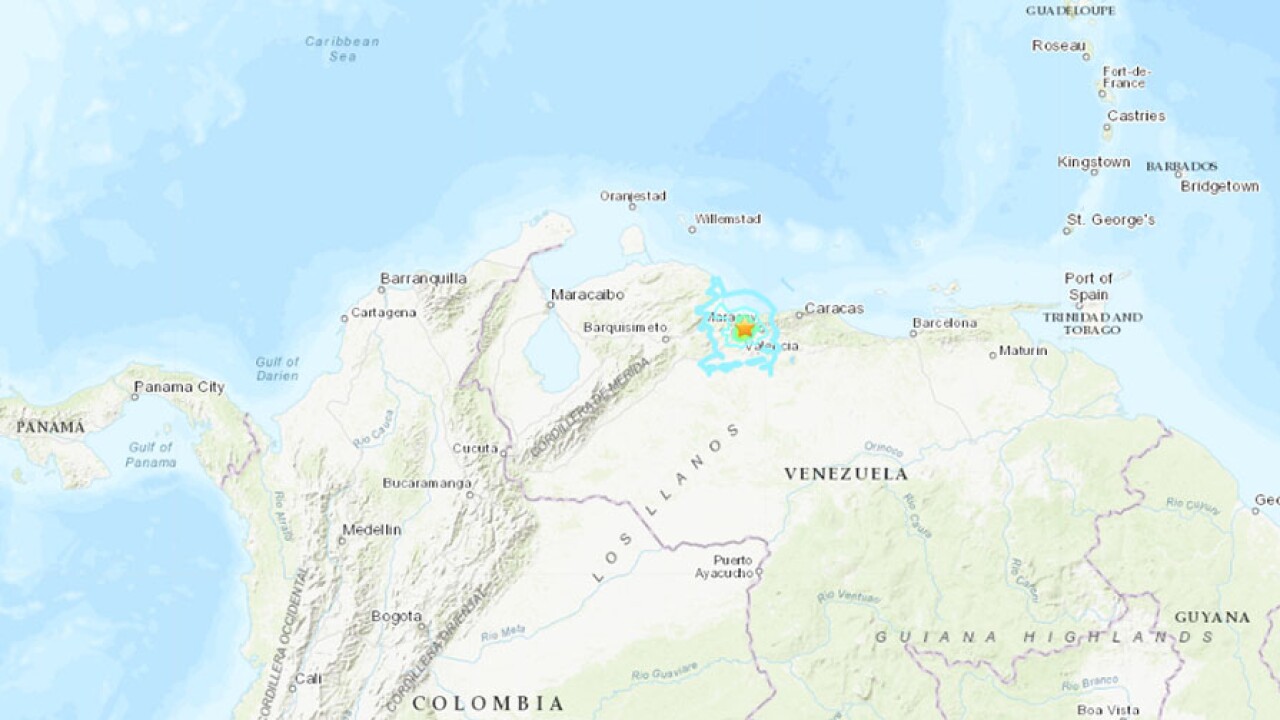 CARACAS, Venezuela (AP) - A strong earthquake jolted Venezuelans from their sleep early Thursday, forcing residents in the capital to evacuate buildings in their pajamas before sunrise. There were no immediate reports of casualties.

The 5.5 magnitude quake struck just before 5 a.m. Thursday local time and was centered near the town of San Diego, 165 kilometers west of Caracas, the capital. It had a depth of 6 miles and was felt across seven states, along with a 5.0 magnitude aftershock a few minutes later.

Interior Minister Nestor Reverol said there were no major damages or casualties. Photos on social media showed large cracks to some buildings and fallen walls and debris from historic facades in San Diego, a suburb of Venezuela's third-largest city, Valencia.

While earthquakes are common in Venezuela, they tend to be less frequent and not as strong as those that hit elsewhere in South America like neighboring Colombia, Chile and Peru.

Daniel Salazar said she ran nervously from bed in search of her 76-year-old mother and found her standing next to their Christmas tree, which was swaying back and forth.

"My entire body is shaking, I'm not sure if from the cold or the scare we experienced," said Salazar, who was standing outside her high-rise Caracas apartment before dawn.

The quake follows a magnitude 7.3 earthquake in August — the country's strongest in more than a century — that rattled residents across Venezuela and was felt as far away as in neighboring Colombia and Guyana.