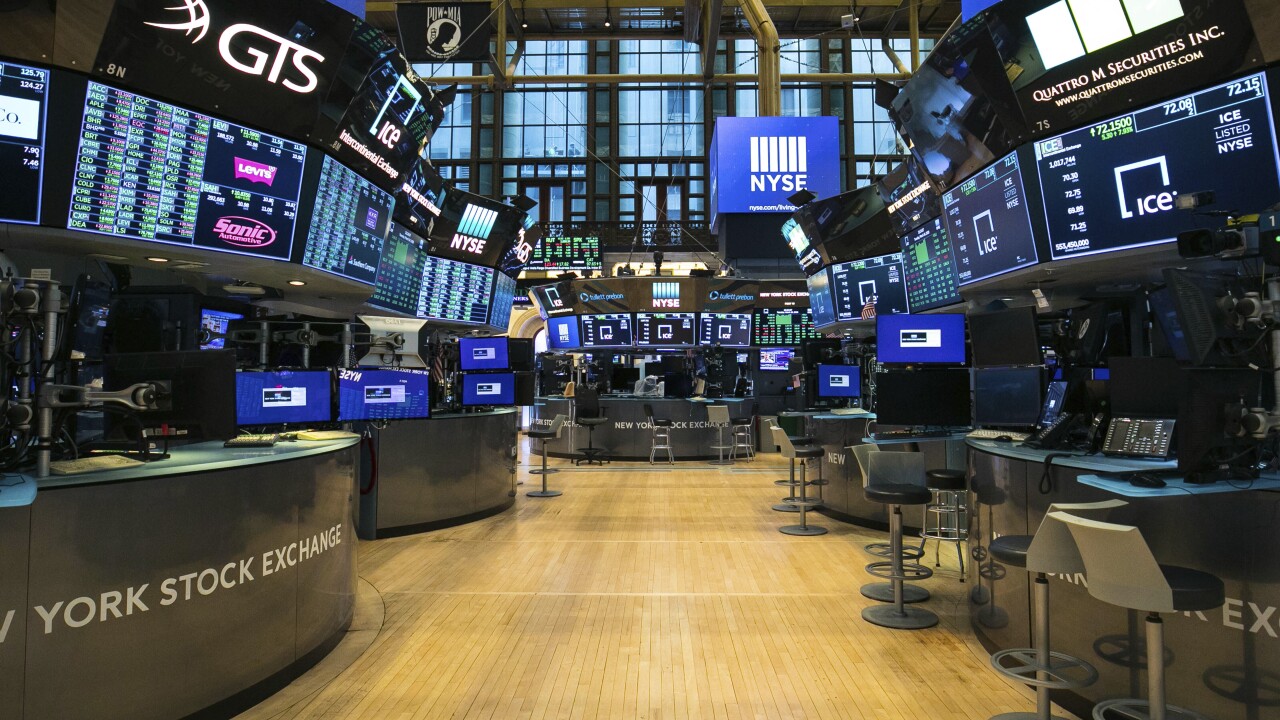 Copyrighted
Kearney Ferguson/AP
FILE - This photo provided by the New York Stock Exchange shows the unoccupied NYSE trading floor, closed temporarily for the first time in 228 years as a result of coronavirus concerns, Tuesday March 24, 2020. Global stocks and U.S. futures declined Thursday after the U.S. Senate approved a proposed $2.2 trillion virus aid package following a delay over its details and sent the measure to the House of Representatives. (Kearney Ferguson/NYSE via AP, File)

NEW YORK, N.Y. — Stocks surged on Wall Street for a third day in a row Thursday as a $2 trillion coronavirus relief bill gets closer to passing Congress.

The Dow Jones Industrial Average jumped more than 1,300 points, or 6.2%. The Dow also capped off its largest three-day surge since 1931, CNBC reports, rising more than 20% in three days.

The astonishing rally came even as the massive scale of the downturn slamming the economy becomes more apparent.

Nearly 3.3 million Americans applied for unemployment benefits last week, shattering the prior record set in 1982. The outbreak has happened so suddenly that the report is one of the first to show how much economic pain it’s creating across the nation.

The S&P 500 remains 22% below its February high and analysts expect more dire economic headlines in the days ahead.

The massive rescue bill cleared the Senate late Wednesday and is headed for a House vote Friday. It's expected to pass and be sent to President Donald Trump's desk to be signed into law.