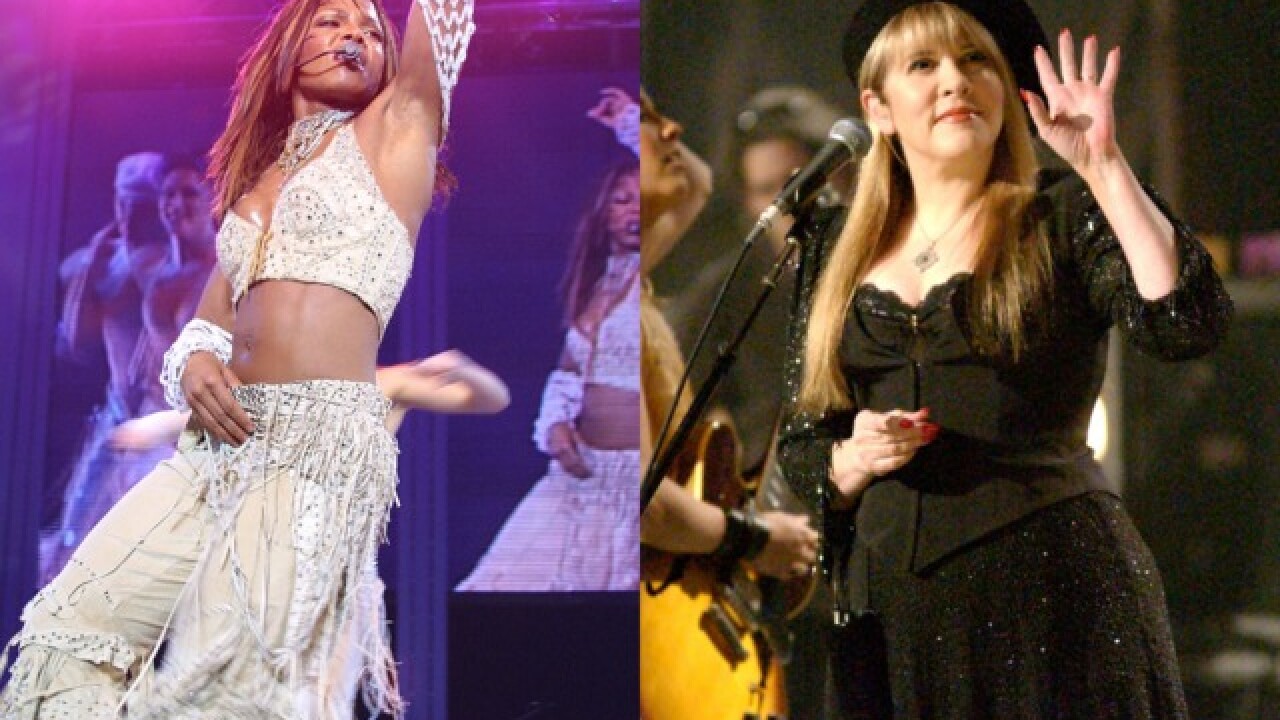 Def Leppard, Janet Jackson, Stevie Nicks and Radiohead are among the artists that will be immortalized in Cleveland's Rock Hall of Fame in 2019.

The Hall of Fame announced its class of 2019 inductees in a tweet on Wednesday. Joining Def Leppard, Jackson, Nicks and Radiohead are The Cure, Roxy Music and The Zombies.

Among those artists nominated who didn't make the cut were Devo, LL Cool J, Rage Against the Machine and Todd Rundgren.

Artists are nominated for Hall of Fame induction each year by the Rock & Roll Hall of Fame Foundation's nomination committee. After nominees have been announced, ballots are sent to "more than 1,000 historians, members of the music industry and artist — including every Rock Hall inductee."

The Hall also accepts voting from fans — the top five vote-getters from the general public are submitted as one of those 1,000-plus ballots.

The Rock Hall's 2019 class will be formally inducted at an event at the Barclay's Center in Brooklyn on March 29.

Your official #RockHall2019 Inductees are here - welcome to the Hall of Fame: https://t.co/9aY5FO8gBH pic.twitter.com/YVep5m9r3f