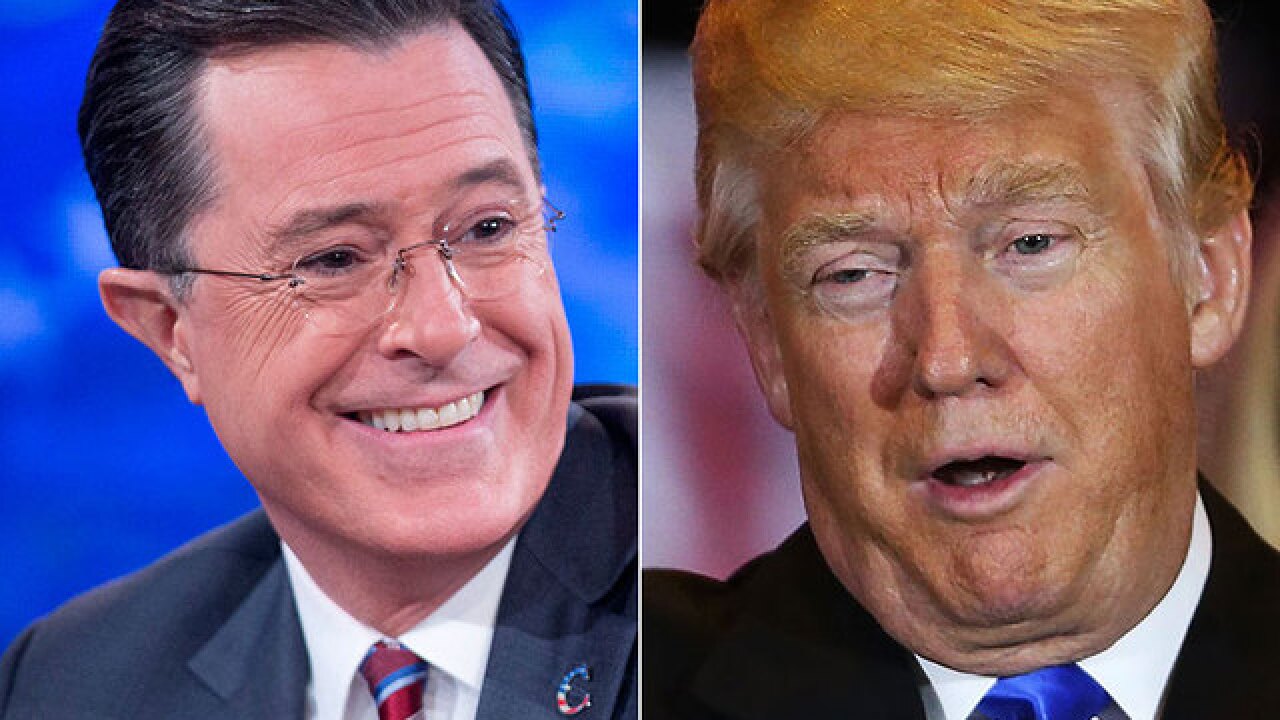 It's officially awards season and Stephen Colbert is taking out "For Your Consideration" ads, but not for your average awards show.

Following President Trump's tweet Tuesday announcing that he would hold "the most dishonest & corrupt media awards of the year" next week, the host of CBS' "The Late Show" said that he took out a billboard in order to not get "snubbed" for the awards.

"Personally I'm excited for the most dishonest and corrupt media awards of the year or as we call them in the biz, 'The Fakies,'" Colbert said on Wednesday night's broadcast. "Because nothing gives you more credibility than Donald Trump calling you a liar."

Colbert told his audience that he actually placed a "For Your Consideration" billboard in Times Square, or as Colbert called it "The failing New York Times Square."

"I'm hoping to be nominated in all categories," the host added, and suggested categories like "Outstanding Achievement In Parroting George Soros' Talking Points," "Least Breitbarty" and "The Eric Trump Memorial Award For Disappointment."

The ad, which Colbert also posted on his Twitter account, had blurbs from Sean Hannity, Twitter and Trump himself who was quoted on the ad saying that Colbert is a "no-talent guy."

On Tuesday, Trump tweeted that he would be announcing the awards on "Monday at 5:00 o'clock" and that "Subjects will cover Dishonesty & Bad Reporting in various categories from the Fake News Media."

"Sunday is the Golden Globes. I'm not nominated don't watch," Colbert said. "But on Monday there's an awards show everyone's going to be glued to."