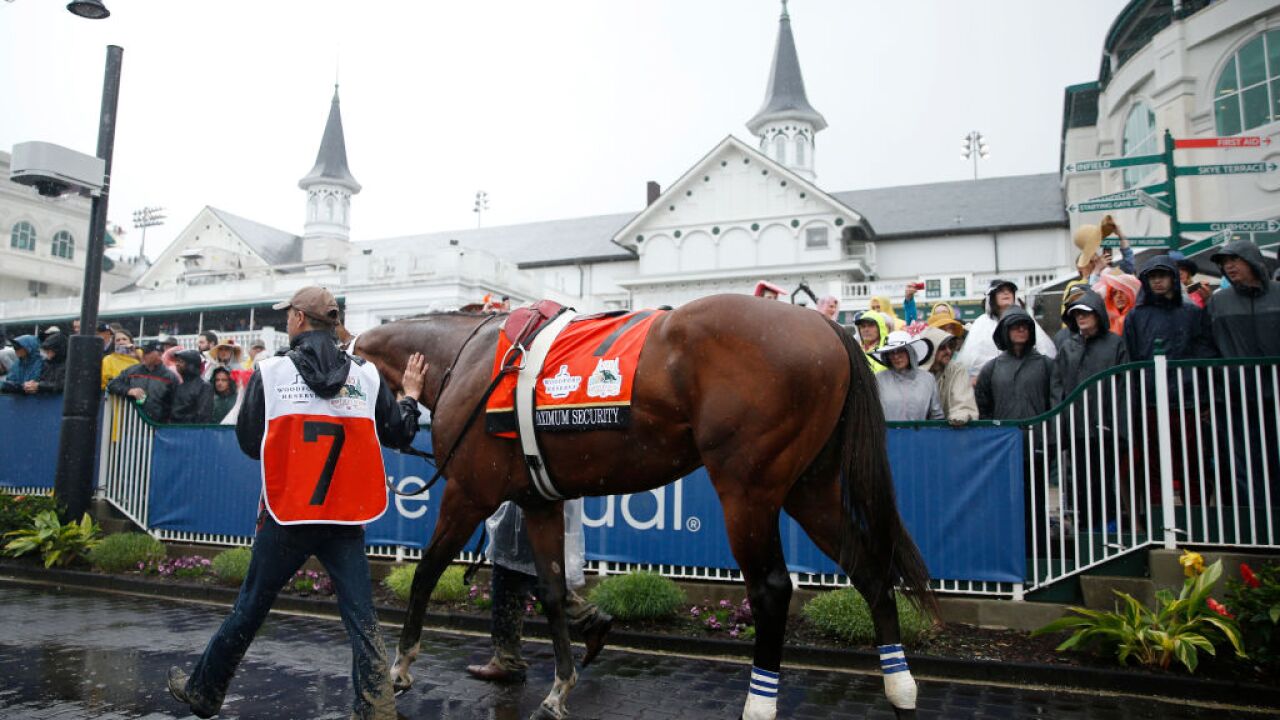 The Kentucky Horse Racing Commission on Monday denied an appeal from the owner of Maximum Security, the horse that made history by being disqualified from Saturday's Kentucky Derby for a rules infraction.

Maximum Security, who led the Derby from wire to wire and crossed the finish line 1 3/4 lengths ahead of Country House, was disqualified for interference while turning for home. Officials decided that Maximum Security impacted the progress of War of Will, which in turn interfered with Long Range Toddy and Bodexpress. Country House was declared the winner. The stewards who made the ruling did not take questions, electing to read a prepared statement with the explanation.

Lexington, Kentucky, attorney D. Barry Stilz on Monday filed the appeal with the commission on behalf of owner Gary West.

In its denial letter, the commission said the stewards' decision is not subject to appeal, because there is no right to appeal a disqualification under Kentucky law, also making Stilz's request for a stay of the ruling pending the appeal into a moot point.

The law cited by the commission said the stewards are charged with determining "all objections and inquiries based on interference by a horse, improper course run by a horse, foul riding by a jockey, and all other matters occurring during and incident to the running of a race" as well as "the extent of disqualification, if any, of horses in a race for a foul committed during the race."

According to the law, the stewards' "[f]indings of fact and determination shall be final and shall not be subject to appeal."

The notice of appeal had argued: "The Stewards' acts in reviewing the 145th running of the Kentucky Derby were arbitrary and capricious and did not comply with applicable administrative regulations. Their determination to disqualify Maximum Security is not supported by substantial evidence."

In addition to the appeal, Stilz requested "that all related purse monies be withheld and placed in escrow pending final determination of the matter," according to a letter to Marc A. Guilfoil, the commission's executive director.

Stilz also sought all materials related to the stewards' disqualification determination, including their notes "and the recording of their nearly 22 minutes of deliberations; any written decision issued by the Stewards with respect to Maximum Security's disqualification," the letter said.

In an appearance Monday on Fox News, West said he expected the appeal to be denied.

"We are going to file a lawsuit in the appropriate jurisdiction," West said.

West told NBC earlier on Monday that Maximum Security will not run in the Preakness Stakes, the next leg of racing's Triple Crown.

"I think there is no Triple Crown on the line for us, and there is no reason to run a horse back in two weeks when you don't have to," Gary West said in the interview on the network's "Today" show

It is the first time a Derby winner has been disqualified because of a foul on the track. In 1968, Dancer's Image won but failed a drug test and was disqualified.

"I was a bit shocked and surprised that the stewards wrote a statement that was probably prepared by their lawyers and refused, literally refused, to take a single question from the media," West said. "So they've been about as non-transparent about this whole thing as anything I have ever seen in my life."

The Preakness, the second leg of the Triple Crown, is May 18 in Baltimore, and it remains to be seen if the Kentucky Derby winner will race.

On Sunday, Country House trainer Bill Mott was not ready to definitely commit the horse to race the Preakness. Maryland Jockey Club's President and General Manager Sal Sinatra formally invited the horse to the Preakness that morning.

"Having the Derby winner, you're pretty much forced to go into the Preakness," Mott said to reporters outside his barn at Churchill Downs.