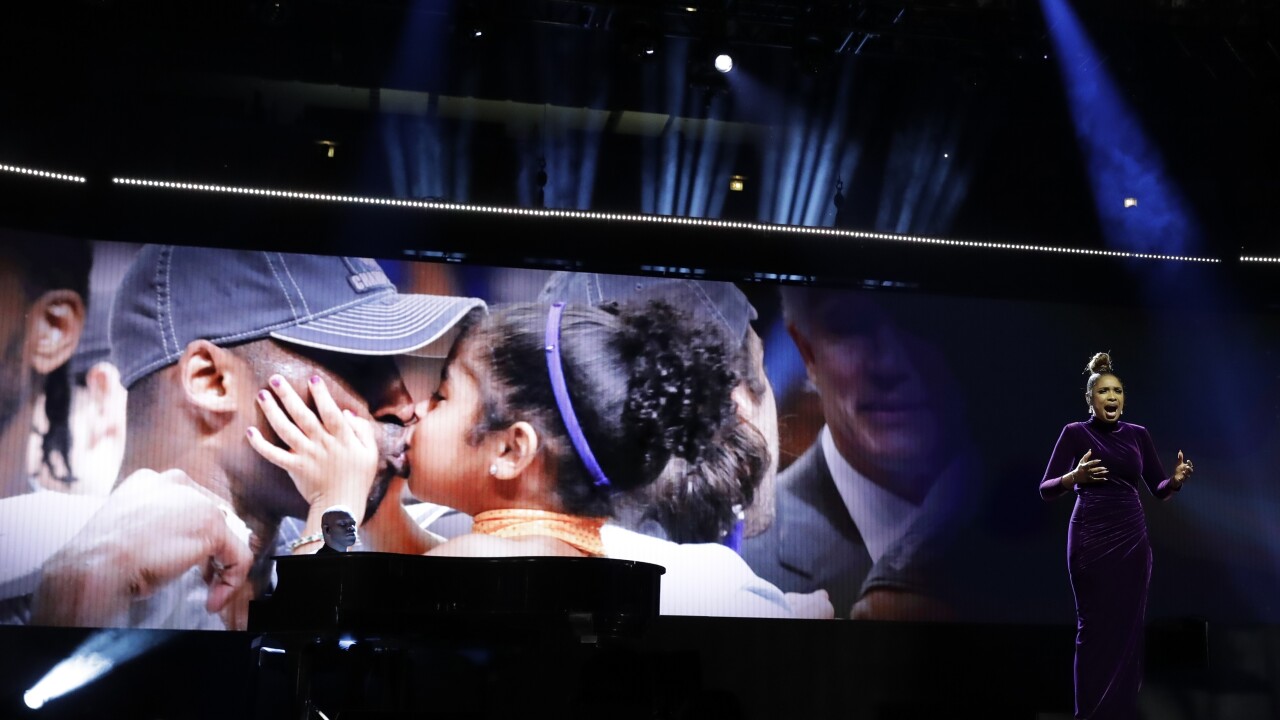 CHICAGO, Ill. — As expected, All-Star weekend was largely about paying tribute to the life of Kobe Bryant, the basketball legend who was killed in a January helicopter crash, along with his 13-year-old daughter Gigi and seven others.

And when the NBA legends gathered for their annual game-day brunch Sunday, remembering the lives of Bryant and Commissioner Emeritus David Stern was very high on the agenda.

Before the game began Sunday night, Jennifer Hudson, wearing the Lakers' deep purple, performed a pregame tribute to Bryant and sang “For All We Know."

Common, in his pregame tribute to Chicago, also paid homage to Bryant, saying that “even in the darkest times, you'll feel Kobe's light."

During half-time, Chicago native Chance the Rapper also paid homage to Bryant and his daughter.

The All-Star players donned jerseys with patches that paid tribute to Bryant and the rest of the helicopter victims, as well as Stern, the longtime NBA commissioner who also passed away in January, from a brain hemorrhage.

As for All-Star game itself, Anthony Davis made a game-ending free throw to give Team LeBron a 157-155 win over Team Giannis.

The game's format was overhauled to put in elements for charity and ensure that someone was going to hit a shot to end the game. That someone was Davis, the Chicago native who missed the first free throw and made the second to end the NBA’s midseason showcase that went down as the closest All-Star Game since the Eastern Conference topped the Western Conference 141-139 in 2010.