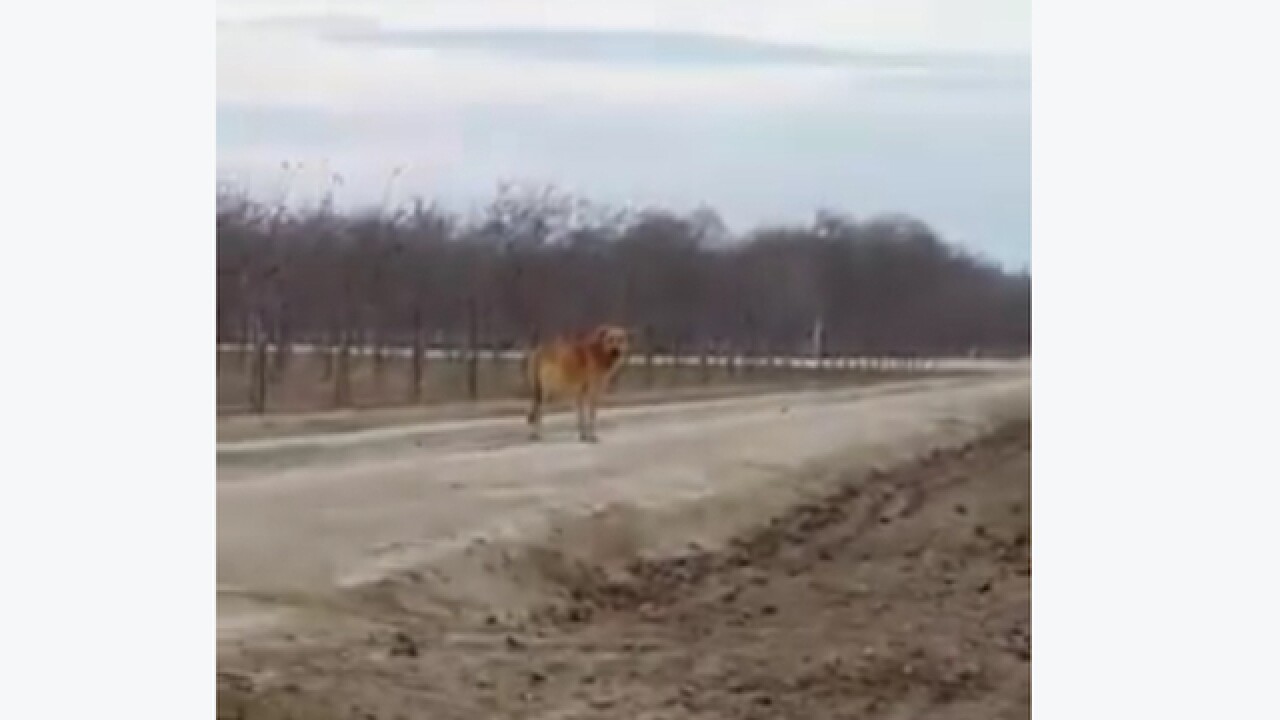 A Society for the Prevention of Cruelty to Animals group out of Lemoore, California checking up on a dog had some things to say to the animal's owner, and Facebook users took note.

The Kings SPCA Rescue on Jan. 4 shared a video that had been viewed nearly a million times as of Friday morning. It was posted with this message:

"Today we noticed a couple of emails from people that had noticed your dog that had been abandoned on 15th ave and Excelsior ave. After looking at date, your dog had been sitting there since Saturday morning at least. It was 3:00 pm today when we finally noticed the messages because we have been so busy. We decided to drive over and see if we could help. Sure enough there he was.

"He waited for you," the SPCA's message on Facebook, signed "Brooke," read.

"He hadn't left the place you made him stay. He was being a good dog. He stayed close to the last place he saw his favorite person in the world. He thought you were coming back. He was watching every car that would come down the road hoping it was you coming back for him. Your dog has been freezing, hungry, and scared for days because you are a heartless piece of crap.

"He waited for you.

"He was so hungry that he was eating sticks. Nice people had stopped to drop off food but he was still so hungry and confused. But even with food sitting in front of him he knew he had to wait for you to come back.

"He waited for you.

Read the rest of the SPCA message and watch the video here.