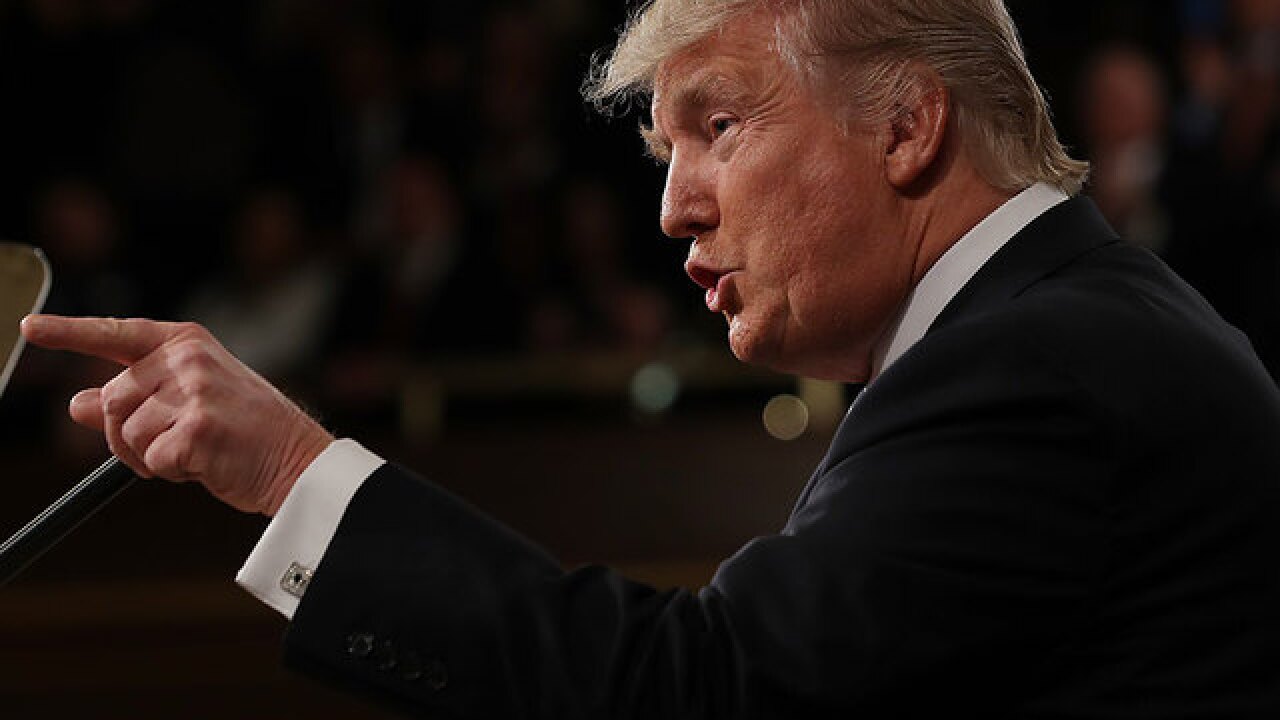 Image copyright 2017 Getty Images. All rights reserved. This material may not be published, broadcast, rewritten, or redistributed.
<p>President Donald Trump addresses a joint session of the U.S. Congress on Feb. 28, 2017,in the House chamber of the U.S. Capitol in Washington, D.C. Trump's first address to Congress focused on national security, tax and regulatory reform, the economy, and health care. (Photo by Jim Lo Scalzo - Pool/Getty Images)</p>

(CNN) -- American political theater is increasingly played out on the social media stage. On Tuesday night, President Donald Trump, the tweeter-in-chief, was judged at every turn by his supporters, critics, colleagues and opponents.

Here are some of the funniest bits of analysis, nastiest rejoinders and most bizarre takes on Trump's first address to a joint session of Congress.

Republican strategist and CNN commentator Ana Navarro was impressed and a bit confused.

You can disagree w/him on policy, but this is most Presidential Trump has ever sounded. If I had amnesia, I might even forget he is insane.

.@realDonaldTrump is Condemning hate and evil, then he should start by example and take back his hateful words. #JointSession

Joe the Plumber weighed in with a typically nasty message for former President Barack Obama.

New Democratic National Committee Chair Tom Perez called Trump out for alleged hypocrisy, posting a picture of a "Donald J. Trump Signature Collection" item made, according to a tag, in China.

Trump has been making Sen. Bernie Sanders laugh (or close to it) a bunch lately.

When Trump said we need to promote clean air and clean water, I had a hard time not laughing. Today he rolled back clean water rules.

Economist Justin Wolfers analyzed what drew attention and why.

Incredibly, it's newsworthy when the President comes out against hate crimes.

Dave Wasserman commented on the duality of Trump.

The New Yorker's John Cassidy thought the address was light on details.

Former Obama speechwriter Jon Lovett stepped back and did not like what he was seeing.

What a beautiful speech. Not one other Republican in that room could give this speech.

The National Review's Rich Lowry commented on the changing times.

As a friend points, there wasn't ANY social conservatism in that speech

And New York Times reporter and CNN analyst Alex Burns had a flashback to the 2016 primary. Luckily, he woke up halfway through.

Doesn't make sense for Cruz to go after Trump, he needs to clear Rubio & Walker out of the "true conservative" lahttps://t.co/L71cF8J9Sh

Fleischer: "The fact that some Ds won't shake his hand or are boycotting the speech is sickening. 70 Ds boycotted his Inaugural. Enough is enough."

Flaherty responded: "A Republican literally once shouted 'you lie' at Barack Obama."