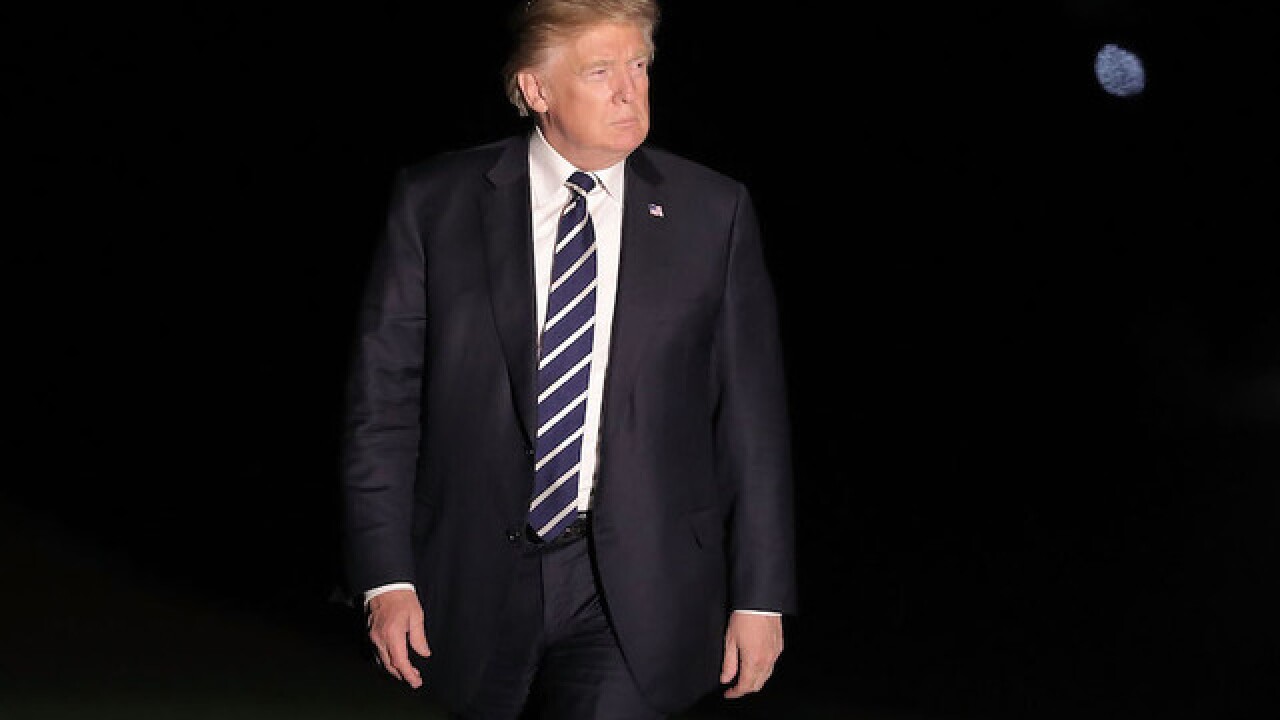 Sen. Tom Carper said that the White House's chief economic adviser Gary Cohn faked a bad connection to get President Donald Trump off of the phone during a conversation about tax reform.

The Delaware Democrat said on CNN Wednesday that he had been meeting with Cohn, White House Legislative Affairs Director Marc Short, and a few other members of the administration and moderate Democrats when the President called in from his Asia trip. Carper noted that it was "nice of him" to call in, but claimed "15 minutes later, the President (was) still talking."

"I said, 'Gary, why don't you do this, just take the phone from, you know, your cell phone back and just say, Mr. President, you're brilliant, but we're losing contact, and I think we're going to lose you now, so good-bye," Carper recounted.

"That's what he did, and he hung up," he continued. "And then we went back to having the kind of conversation where we needed to, where they asked the right kind of questions, looking for consensus and common ground and I think we identified a little bit."

A source in the room disputed Carper's recollection of the events, telling CNN that while Carper did say Cohn should "tell (Trump) he's brilliant and hang up," he did not suggest faking a bad connection. Cohn then walked away from the table while still talking on the phone and left the room, the source said.

However, when pressed by CNN's John Berman as to whether Cohn "faked a bad connection to get" Trump off the phone, Carper said he did.

"I don't want to throw him under the bus, but yes," he affirmed.

A White House spokesman disputed Carper's account, saying it was "completely false," and telling CNN that Cohn "left the room and continued to speak with the President privately for several minutes before they concluded the call."

It is not the first time that Cohn has seemed in contention with Trump. In the wake of racially charged deadly violence in Charlottesville, Virginia, Cohn told the Financial Times that Trump's handling of the protests caused him "distress." He said the administration "can and must do better" to condemn hate groups.

Former White House chief strategist Steve Bannon said Cohn should have resigned after that public rebuke of the President.

"I'm obviously talking about Gary Cohn and some other people, that if you don't like what he's doing, and you don't agree with it, you have an obligation to resign," he told CBS' "60 Minutes."