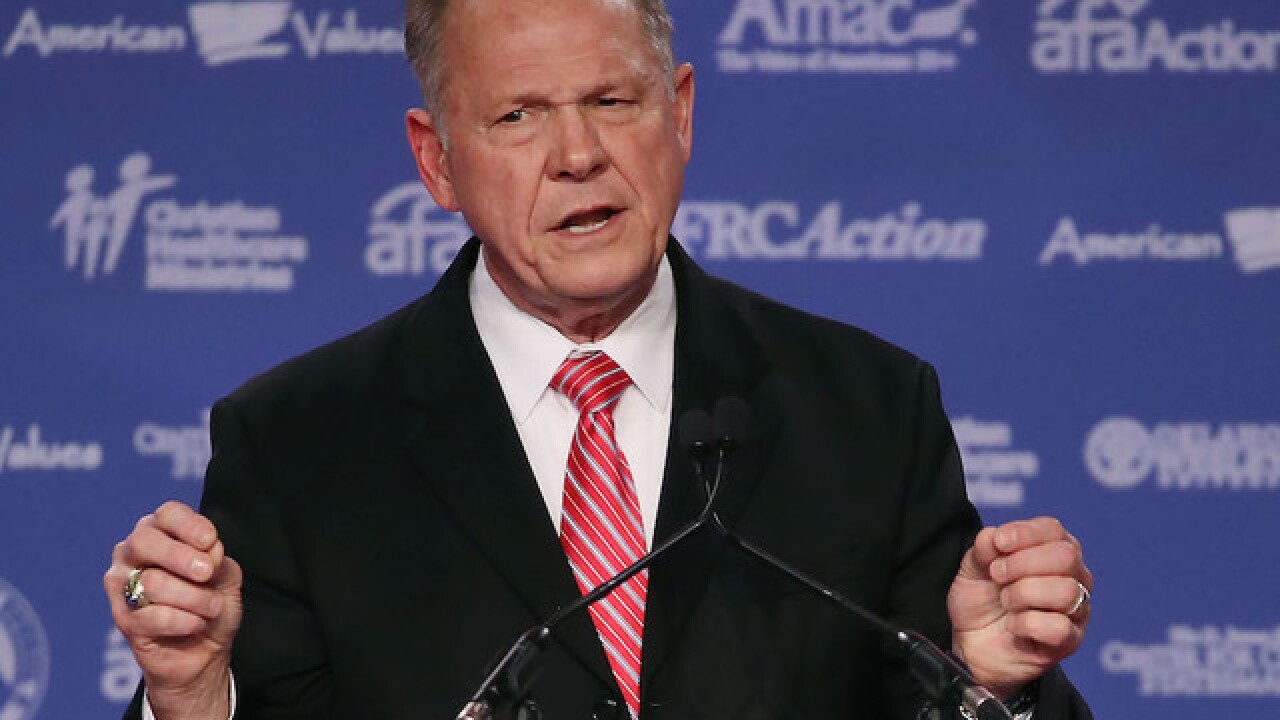 "I believe the women, yes," McConnell told reporters in Kentucky.

McConnell, the Senate's top Republican and a frequent target of Moore on the campaign trail, said, "I think he should step aside."

Last week, The Washington Post published a bombshell report based on interviews with more than 30 people, saying Moore pursued relationships with teenage women while he was in his 30s. One woman said she was 14 years old when Moore initiated sexual contact with her.

Moore has denied the allegations, and on Sunday night, he claimed he would sue the Post.

The report increased pressure on Republicans to disavow Moore, who was already controversial due in part to his history of racially-charged and homophobic commentary.

In the immediate wake of the story, some Republicans, like Arizona Sen. John McCain, said the report was enough for them to call for Moore to drop out of the race. Many Republicans, like McConnell, said Moore should step aside from the race if the allegations are true. McConnell's comments on Monday brought his position a step further, saying he believed the allegations and that Moore should go.

McConnell on Monday said the party is looking to see if a write-in option could be successful.

Documents filed to the Federal Elections Commission on Friday showed the National Republican Senatorial Committee -- one of the party's main campaign arms -- cut its fundraising ties with Moore.