Sean Spicer apologizes again for Hitler comment, says 'I let the president down' 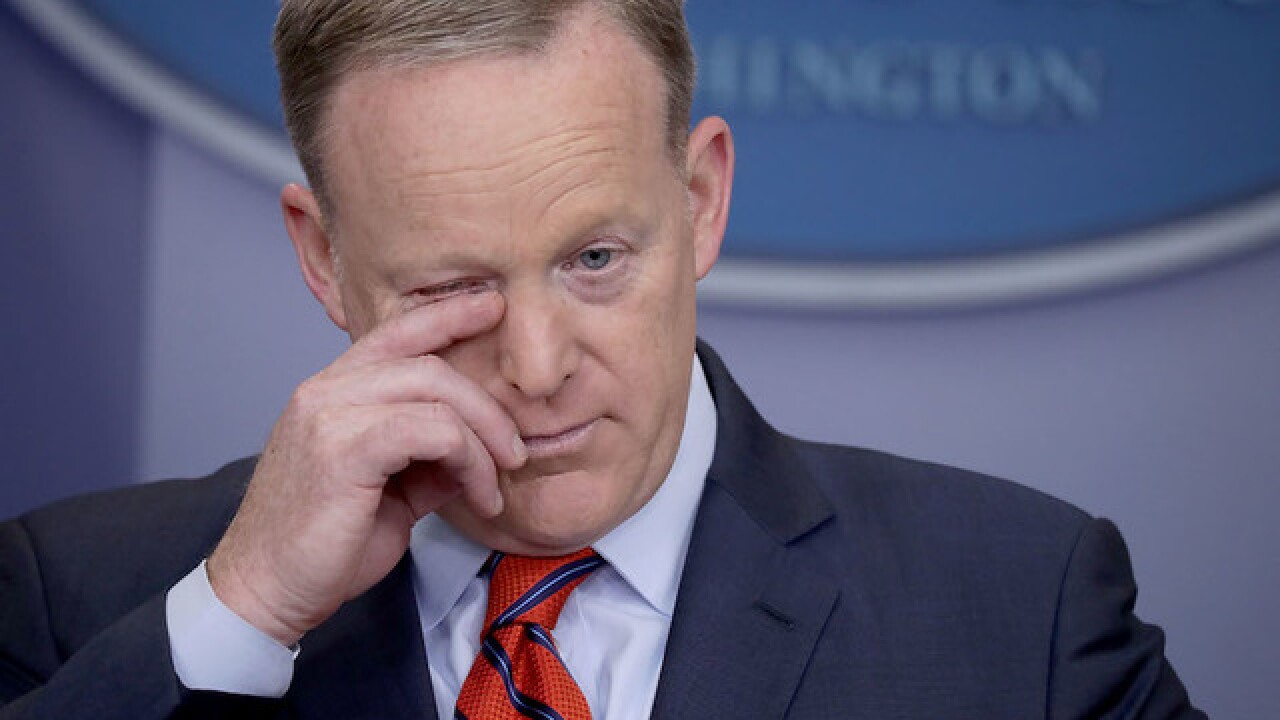 Copyright Getty Images
Chip Somodevilla
<p>WASHINGTON, DC - APRIL 11: White House Press Secretary Sean Spicer answers reporters' questions during the daily news conference in the Brady Press Briefing Room at the White House April 11, 2017 in Washington, DC. Spicer said that different from Syrian President Bashar Al-Assad, Nazi leader Adolph Hitler did not use chemical weapons, saying, "I think when you come to sarin gas, he was not using the gas on his own people the same way that Assad is doing." (Photo by Chip Somodevilla/Getty Images)</p>

On Wednesday, speaking at a forum at the Newseum, Spicer called the incident "my mistake" and "my bad."

Spicer originally made the comments at Tuesday's press briefing, and then made repeated, failed attempts to clarify.

Three hours later, he appeared on CNN's "The Situation Room with Wolf Blitzer" and profusely apologized.

He repeated the apology at Wednesday morning's event.

"This was mine to own, mine to apologize for," Spicer said, calling it an "inexcusable" mistake.

Journalists and politicians in Washington are abuzz about whether Spicer's job is in on the line -- whether he has become too much of a liability to continue as press secretary.

But this is not the first week that Spicer's credibility has come under withering scrutiny. His briefings have been riddled with mistakes and misstatements.