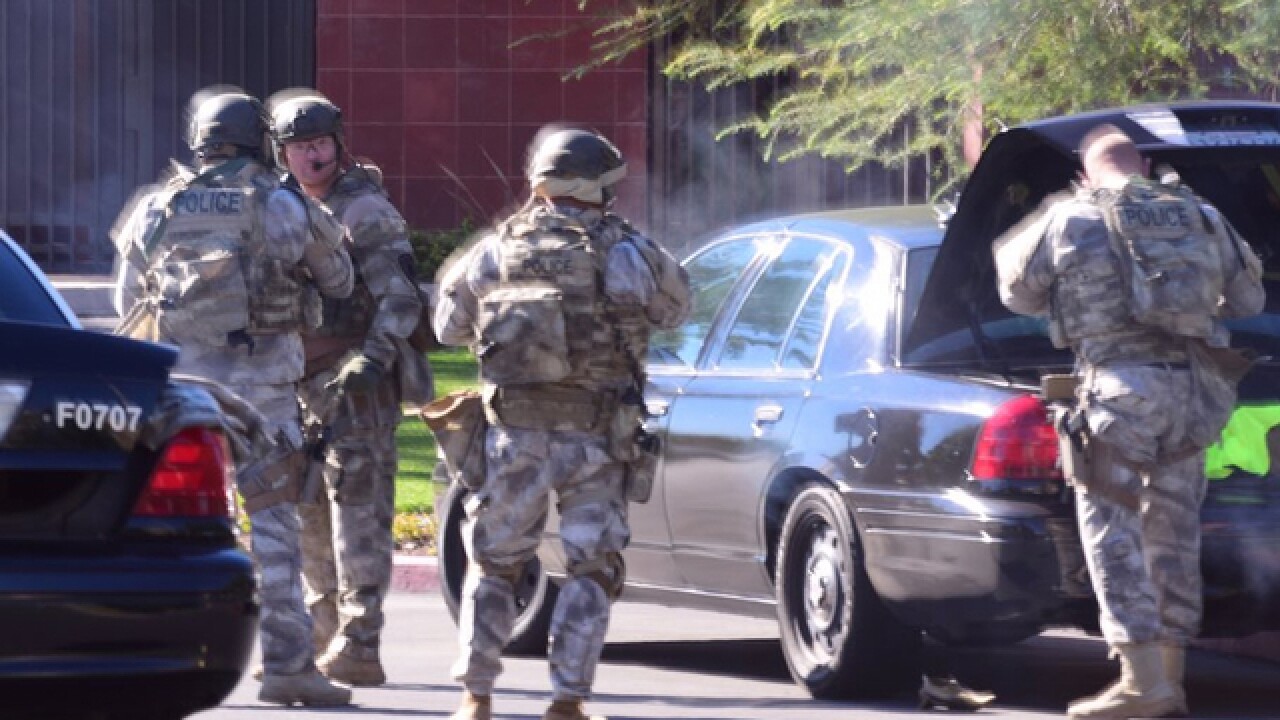 People across the nation reacted to the news of the mass shooting in San Bernardino, Calif. on Twitter, including celebrities, who sent their support to the victims in online messages.

See some of those tweets below.

NOT AGAIN. Praying for everyone in San Bernadino. Stay safe. ??

Until we know what happened, all I feel comfortable saying besides this about San Bernadino I'm angry - yet again https://t.co/ccwnfFDNCj

Oh great.Another mass shooting. Seems like a daily occurrence these days for whatever reason.Sickening! Thoughts with those in San Bernadino

San Bernadino hits very close to home. Its a privilege to be here not a right & one that we all share together. When will the craziness stop

San Bernardino, I was just with you. How does this happen. I love you and I am so sorry this is happening. Prayers to you.

California shooting looks very bad. Good luck to law enforcement and God bless. This is when our police are so appreciated!

I refuse to accept this as normal. We must take action to stop gun violence now. -H https://t.co/SkKglwQycb

Prayers up for all those affected by the shooting in San Bernadino today. This is not the world I want to live in.