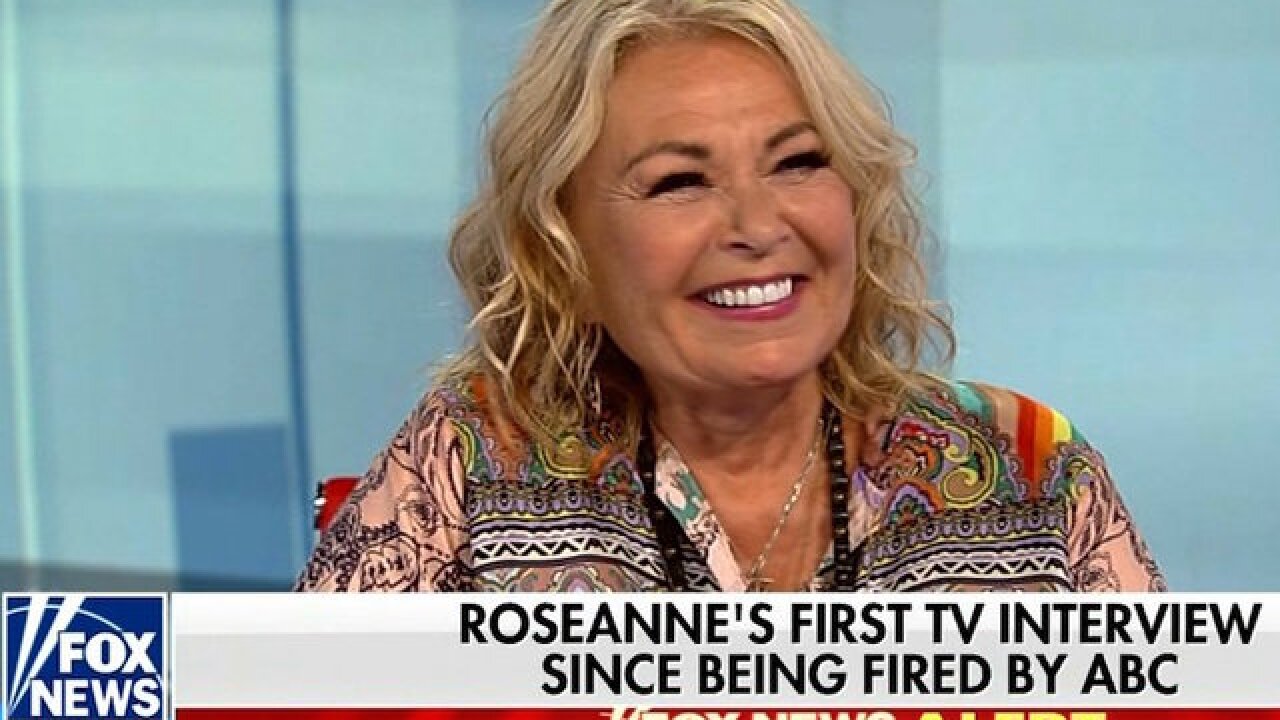 © 2018 Cable News Network, Inc.
Fox News
<p>Roseanne Barr called the racially offensive tweet that triggered her firing a "big misunderstanding" and "a big mistake," reiterating that she was "sad that people thought it was racist" during a rambling, tearful, wide-ranging TV interview.</p>

Roseanne Barr called the racially offensive tweet that triggered her firing a "big misunderstanding" and "a big mistake," reiterating that she was "sad that people thought it was racist" during a rambling, tearful, wide-ranging TV interview.

"I've apologized a lot," Barr told Sean Hannity on his Fox News Channel program, before -- at the host's prodding -- directly saying she was "sorry that you thought I was racist" to former Obama adviser Valerie Jarrett, the target of the tweet that prompted ABC to cancel "Roseanne." (The network has since revived the show without her.)

Barr reiterated that the tweet was intended to be political, not racial, but stopped short of repeating her recent claim that she was fired because she's a Trump supporter.

Her explanations have shifted almost since the controversy began. On Thursday, she again offered the excuse that she had taken the drug Ambien when she posted the offensive tweet, which she called "ill worded." In an earlier podcast interview, she told her fans, "Don't defend me."

Barr again said that she was stunned when ABC first contacted her about the tweet. In canceling the show, the network -- which is part of the Walt Disney Co. -- issued a statement calling it "abhorrent, repugnant and inconsistent with our values."

In response to Hannity's questions about her troubled past, Barr also spoke about her history of mental-health issues, and how the part of the brain that makes her a "creative genius" is close to that which causes madness.

Tearing up at times, Barr said, "I want people to like me. I don't want them to hate me." But she also expressed pride in the ratings success that the "Roseanne" revival had, saying, "They can't take that away from me no matter what's happened."

Barr is believed to have received a sizable settlement from ABC to walk away from the series, allowing the reboot, "The Conners," to proceed. When Hannity referenced whether she was compensated for that by the network, she said, "We can't talk about that."

Hannity devoted the entire hour to the interview.