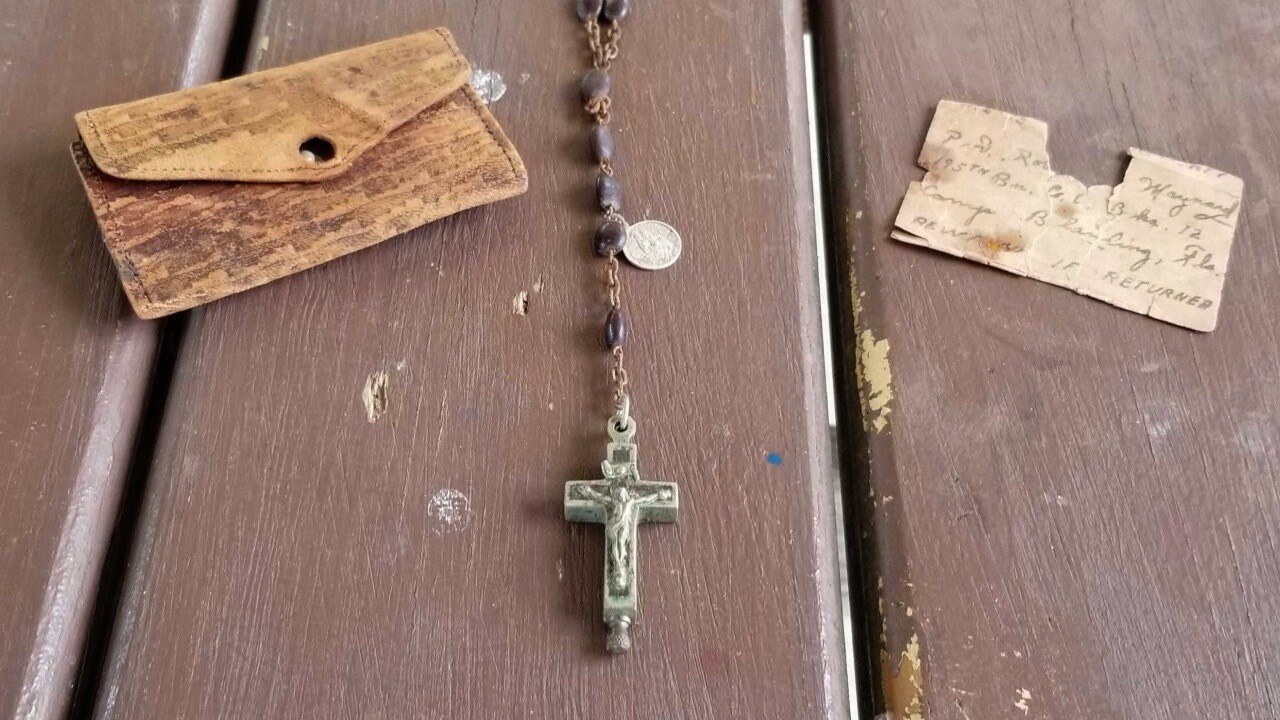 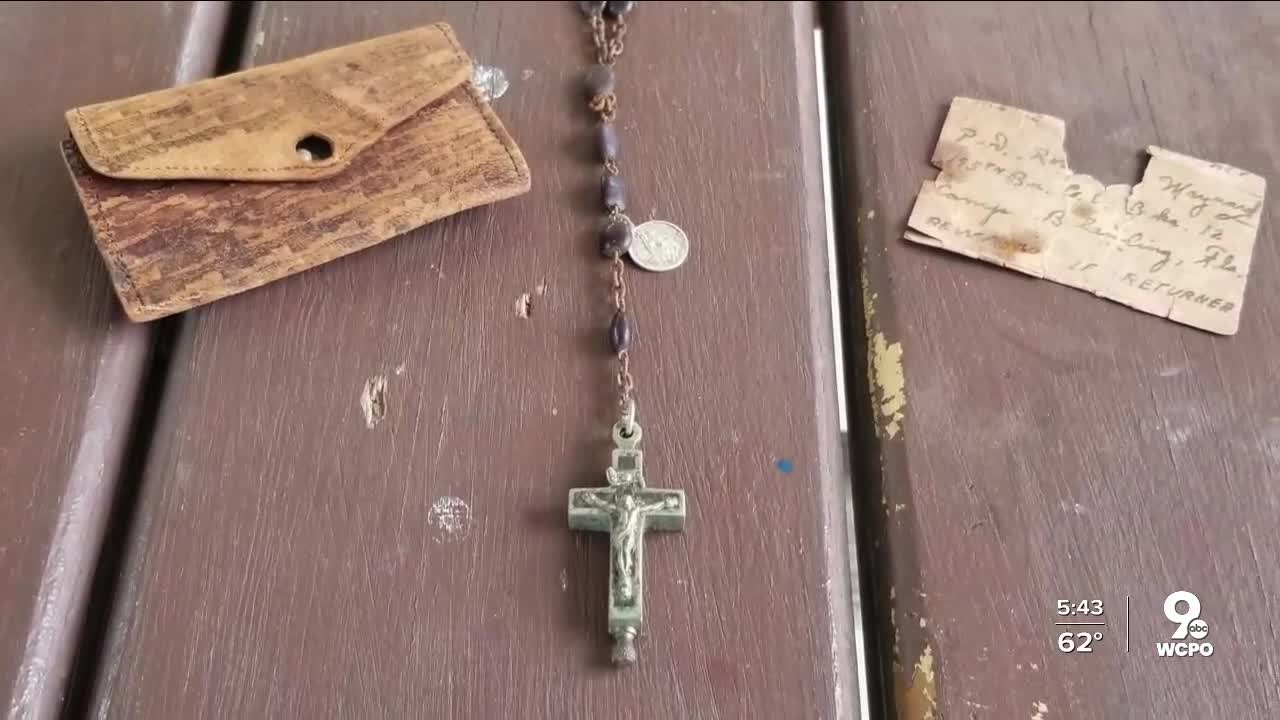 More than seventy years ago, U.S. soldier Robert Maynard lost a small leather pouch on a beach in Italy while serving in World War II. Neatly tucked away inside that pouch were a family rosary and a small note with details on who the pouch belonged to.

“I remember him saying at one point that his only regret was the fact that he had lost the rosary and it was his mom's and it was a special rosary," Robert's son, Tim Maynard, said. "It had a relic inside of it. And that kept him safe and alive that whole time."

His father deployed from England and was one of the thousands of soldiers to make the trek across the English Channel during World War II.

“He landed on D-Day, plus two on Normandy beach,” Maynard said.

Robert Maynard was 19 years old and had the rosary on him just 52 days after D-Day while fighting to liberate France.

“He remembers getting shot, he remembers falling forward in knocking out a couple of his teeth," Tim Maynard said, recalling one of the few stories his father told about the war. "And then his partner, Joe, saved him and took about two or three steps away from after that, and was shot himself.”

Joseph Driscoll of Buffalo, New York, died that day. Tim’s father would head off for recovery back in England.

“He owed everything to Joe,” Maynard said.

It’s not clear when Robert Maynard traveled to Italy. The one thing that is clear is the leather pouch made it from the beach in Italy to Mt. Orab, Ohio, by catching a ride with another soldier – Charles Werley – who stumbled across it.

“My mother, she was probably in her 80s," Werley's daughter, Gail Tucker, said. "She gave it to me and told me that my father had found it during World War II in Italy on a beach."

Charles Werley brought it home and had plans to try to find its owner. Inside the leather cover was a piece of paper with the name of the soldier, Robert Maynard. Tucker said life got in the way and one thing after another seemed to delay the process.

Though it’s not clear on which beach the pouch was found, the biggest clue the family had was a chunk of the Leaning Tower of Pisa, a white piece of marble taken by Werley during a visit to Pisa Province.

“He said he stuck his bayonet in like a hole in it and got him a chunk of it,” said Phillip Werley, Charles Werley’s son.

In May of 2020, Gail Tucker emailed WCPO asking for help in tracking down the rightful owner or at least the family of the soldier.

“I’m hoping they can be found because it’s really a unique piece, I think as a family heirloom,” Tucker said. “It’s time; it’s past time.”

The piece of paper inside the pouch was a huge lead -- Robert Maynard's name to go off of to start the search. However, family members listening to attempts to contact them thought it was a scam, perhaps trying to profit somehow off the now-deceased Robert Maynard.

“He's probably gotten together with Gail's father, up in heaven or wherever they may be. And said to each other, 'Hey, we got to get this thing back to the family,'" Tim Maynard said. "'So you put a nudge into your daughter. I'll put a nudge into my son to not be afraid to take a call from a mysterious anchor from Cincinnati, and go from there.'"

The rosary beads belonged to Tim Maynard's grandmother. She gave them to Robert to carry for protection during the war.

While his father is gone, Tim said, having the rosary back in the family is extra special.

“It's just amazing to have something, you know, that was with him through those times. Back in hand,” he said. “Years and years and years have passed since he touched them. But the things that he went through while that was in his possession speak volumes and the energy is still there with it, as I believe his energy's with it.”

This story was first reported by Craig McKee at WCPO in Cincinnati, Ohio.