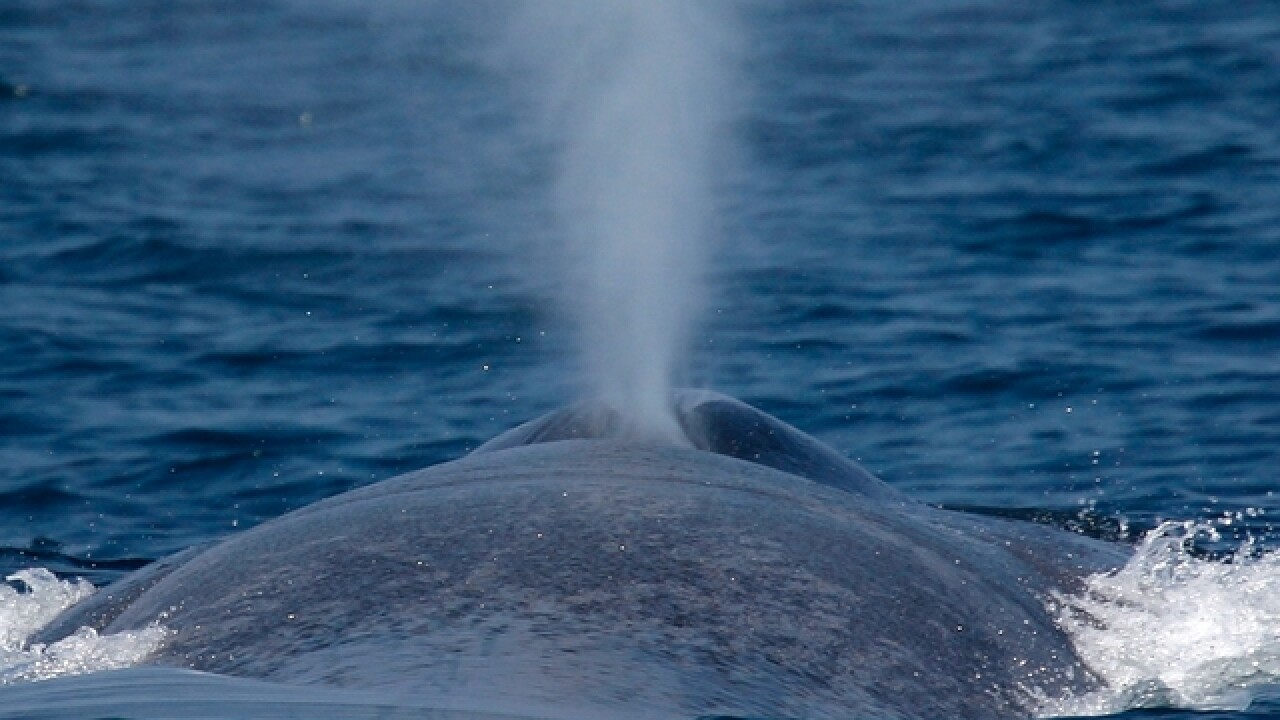 DANA POINT, Calif. (AP) — Rescuers in Southern California failed to free a blue whale from a life-threatening tangle of fishing line but they'll keep trying — if they can find it again.
The 70-foot-long mammal was spotted Monday off Dana Point, about 50 miles south of Los Angeles.
David Anderson says he and others tried for hours to remove an estimated 200 feet of thin line from a crab pot that was tangled either around a flipper or the whale's mouth.
But repeated efforts with a knife-tipped, 30-foot-long pole failed. The whale finally dove out of sight shortly before night fell.
Anderson, who owns an Orange County whale-watching business, says his boats will be looking for the whale Tuesday and he hopes other boaters will look, too.
Anderson says unless the line is removed, the whale eventually will become fatally exhausted.
Copyright 2016 The Associated Press. All rights reserved. This material may not be published, broadcast, rewritten or redistributed.