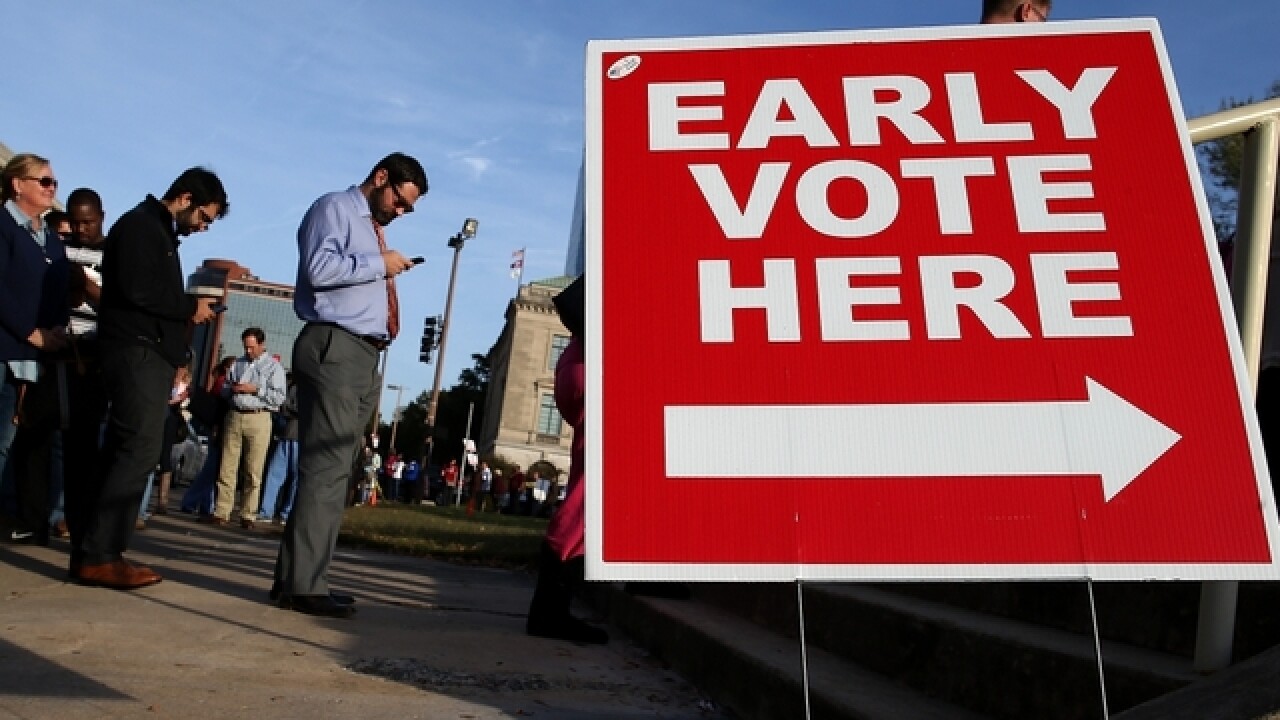 GOP incumbent David Yancey won a "lot draw" in the race for Virginia's House of Delegates Thursday, giving Republicans control of the chamber.

The quirk of democracy came as the Virginia Board of Elections used the procedure laid out in a 1705 law to settle the 11,608-to-11,608 tie between Yancey and Democrat Shelly Simonds for the seat.

James Alcorn, the chairman of the board of elections, drew a film canister with Yancey's name out of a blue and white ceramic bowl made by Virginia artist Steven Glass.

After the lot draw, Simonds did not rule out seeking a second recount, saying "all options are still on the table."

"At this moment, I am not conceding," she said.

Still, with the elections board having declared Yancey the winner, he appears poised to be seated when Virginia lawmakers first meet for the year on January 10.

Yancey did not attend. He'd previously resisted Simonds' requests to make the lot draw the final word in a saga that has dragged on since Democrats flipped 15 seats, nearly taking control of the previously Republican-dominated House of Delegates in November's election.

State legislative races have been settled this way before. In Mississippi in 2015, a House seat was decided by the candidates drawing straws (though the Democratic candidate's win was quickly overturned by the Republican-controlled state House). In 2006, a coin toss settled a primary for an Alaska House seat.

But seldom, if ever, have the stakes been so high. Yancey's win gives Republicans a 51-49 majority and continued control of the House -- allowing them to stymie Democrat Ralph Northam, who won November's governor's race. A Simonds win would have forced the parties to share power in the House.

It was the second attempt to hold the lot drawing. The first effort, scheduled for December, was canceled when Simonds asked a court to toss out a ballot it had previously decided to count for Yancey, resulting in the tie. The court rejected Simonds' motion on Wednesday.