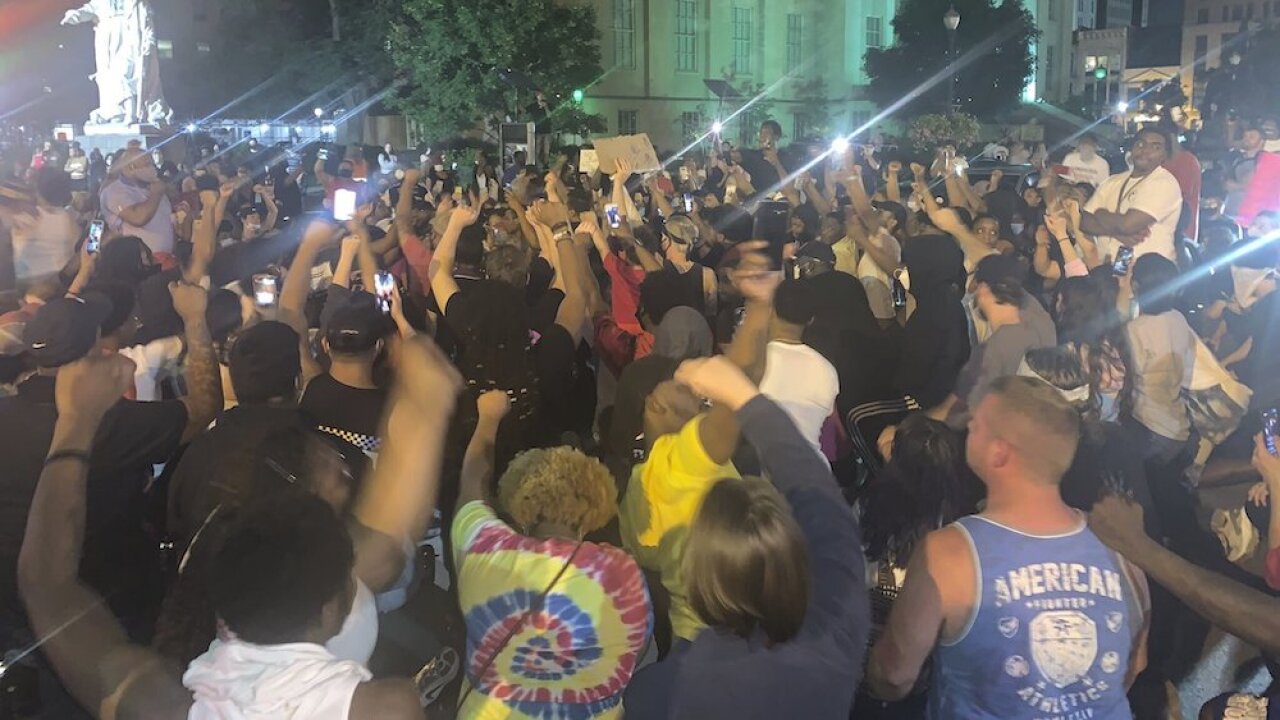 Jada W./AP
In a photo provided by Jada W., protesters gather Thursday, May 28, 2020, in downtown Louisville, Ky., against the police shooting of Breonna Taylor, a black woman fatally shot by police in her home in March. At least seven people were shot during the protest. (Jada W. via AP)

Amid a day of massive unrest in the United States, seven protesters were shot late Thursday night in downtown Louisville, Kentucky.

One of the shooting victims was in critical condition as of Friday morning. The conditions of the other victims are "unknown." Police said there have been "several" arrests.

Police said that no officers fired their weapons, and all those involved were civilians.

As most in the country protested the death of George Floyd , a black Minnesota man who died in police custody on Monday, protesters in Louisville also had the death of Breonna Taylor in mind. Taylor, a 26-year-old EMT, was shot and killed by police when they entered her apartment to serve a "no-knock warrant" on March 13.

Taylor, who was employed as an EMT, was inside of her home when police conducted a “no-knock raid” on her home. Thinking the police officers were intruders, Taylor’s boyfriend, Kenneth Walker, allegedly shot at police.

Thousands of protesters in Louisville clashed with police in a scene similar to those that played out across the U.S. Calls of “Justice for Breonna” and “Black Lives Matter” could be heard during Thursday’s protest.

The FBI announced last week that it was investigating the matter. No charges have been filed against any of the officers involved in the March incident.