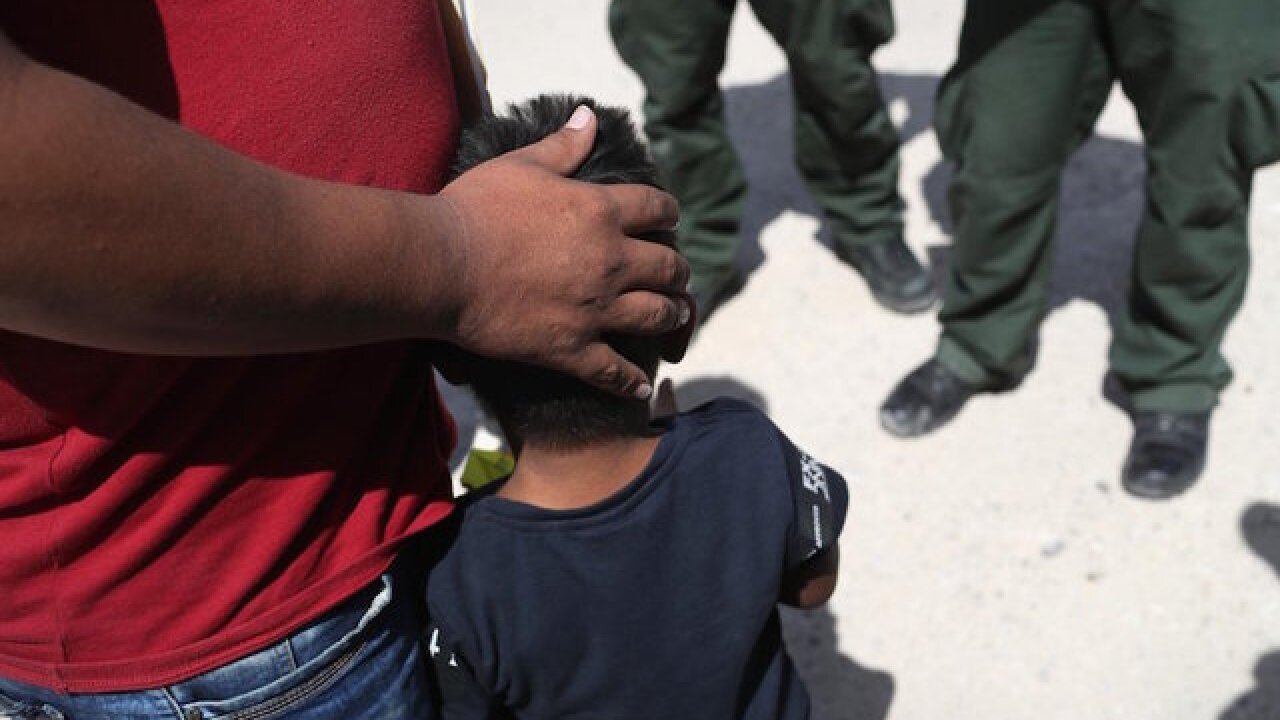 Image copyright 2018 Getty Images. All rights reserved. This material may not be published, broadcast, rewritten, or redistributed.
John Moore/Getty Images
<p>A record number of unaccompanied immigrant children, about 14,000, are currently in US custody, a Health and Human Services spokesman said Friday.</p>

A record number of unaccompanied immigrant children, about 14,000, are currently in US custody, a Health and Human Services spokesman said Friday.

The spokesman, Mark Weber, said the additional requirements put in place by the Trump administration to "reduce risk and increase safety" for immigrant children contributed to the high number.

"We are taking all possible steps to protect children in an environment with many bad actors," Weber said. "We are balancing speed with safety and will err on the side of safety."

Last spring, the Trump administration heightened scrutiny of adults coming forward to take care of the immigrant children, and Immigrations and Customs Enforcement now conducts exhaustive screenings of the adults. But many of them are undocumented themselves and fearful of ICE obtaining their information.

These Trump administration policies are likely keeping these children in custody.

Lawsuits have also accused the administration of extending children's stays, including allegedly holding them intentionally until they turn 18 and are eligible for stricter adult detention. Many of the children do have a legal right to stay in the US, but the legal process can take years.

The number of children in custody changes daily because of referrals by DHS and HHS releases of children to sponsors, Weber said.

Most of these children arrived in the US unaccompanied. Children separated under Trump's so-called "zero tolerance" policy account for less than 200 of the reported 14,000. CNN reported earlier this month there are still 171 children separated from their families, four months after a judge ordered the US government to reunite the undocumented immigrant families it had split up at the border, according to court documents.