Puppies train to one day help veterans as service dogs 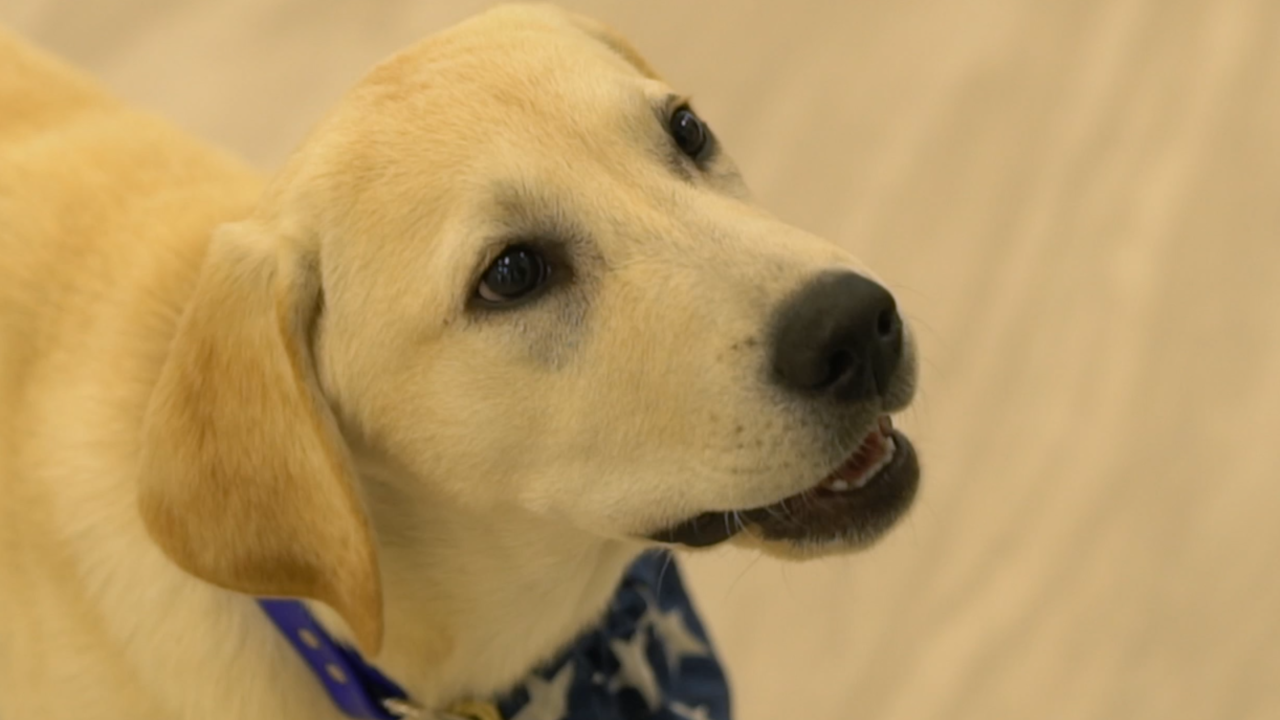 Meet Touro! This adorable 5-month-old puppy is in training to become a future service dog for a veteran.

For now, Touro lives and goes to work with Maggie Homer, a speech pathologist at New Orleans’s Touro Infirmary Hospital, the hospital Touro is named after.

Homer is one of several nurses at the hospital who will care for the service dogs until they’re adults and ready to be paired with a veteran.

Cody Bellanger, with US Veterans Service Dogs, says nurses from the hospital wanted to get involved with the program.

“And I said, ‘Well, this would be a great environment for them, because not only can the dogs help veterans later, but they can help you with your patients now,’” Bellanger says.

Until Touro is ready to be matched with his veteran, the puppy will live with Homer.

“I’m a speech therapist, so it’s been really easy for me to incorporate him into my sessions,” Homer says of bringing Touro to work. “The patients naturally just talk to him. They react to him.”

Patients like Crystal Leblanc, who says she has no desire to come to physical therapy, find happiness when Touro is around.

“It’s just much lighter and much funner,” Leblanc says. “I enjoyed this day, much better than the last one.”

Just having the dogs around make patients excite about going to physical therapy, says Bellanger.

Bellanger says raising their puppies in the hospital environment prepares them for the serious work they'll one day have to do.

“When you’re in a hospital, it can be very depressing,” nurse Homer says. “Even if you're in a spot like this, where its light and pretty pictures, you’re still not home. And having something unexpected, something joyful, like a puppy around has changed so much.”

Bellanger says the arrangement is great, because until the puppies are ready to help their ultimate goal—veterans—they are making patients in hospitals happier.