Sen. Kamala Harris among protesters at White House on Saturday 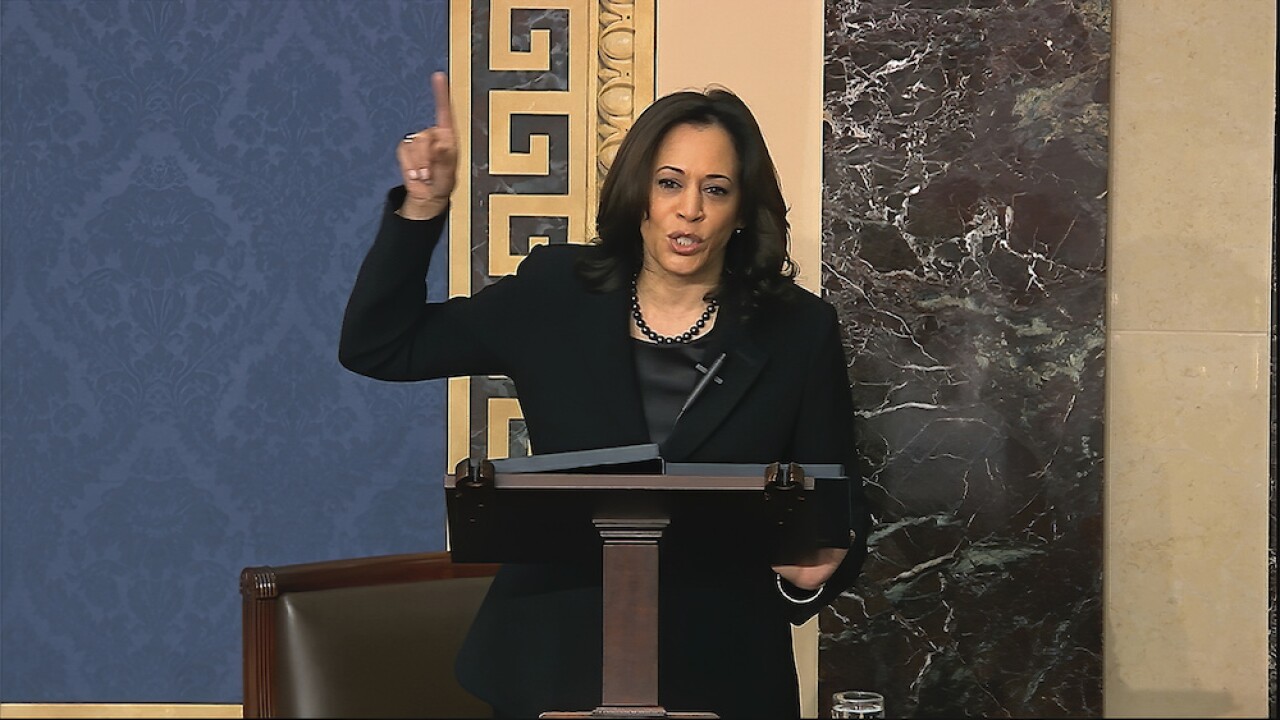 Copyright 2020 The Associated Press. All rights reserved.
AP
In this image from video, Sen. Kamala Harris, D-Calif., speaks on the Senate floor about the impeachment trial against President Donald Trump at the U.S. Capitol in Washington, Wednesday, Feb. 5, 2020. The Senate will vote on the Articles of Impeachment on Wednesday afternoon, Feb. 5. (Senate Television via AP)

WASHINGTON — Hundreds of people converged on the White House on Saturday for a second straight day to protest the death of George Floyd in Minneapolis and President Donald Trump’s response.

Friday's protests prompted a lockdown in the White House and a response from the Secret Service, who clashed with demonstrators.

Trump has belittled the protesters. In Florida on Saturday to watch the launch of a SpaceX rocket, he pledged to “stop mob violence.”

The protesters who gathered at Lafayette Park across from the White House shouted “Black Lives Matter" and ”I can't breathe."

Among those attending was Sen. Kamala Harris (D-California). The 2020 presidential candidate wore a mask and participated in chants at Lafayette Park.

"People are in pain. We must listen," Harris tweeted.

People are in pain. We must listen. pic.twitter.com/5PJ9gqyu1q

Floyd is the black man who died Monday after a police officer pressed his knee into his neck even after Floyd stopped moving and pleaded for air.